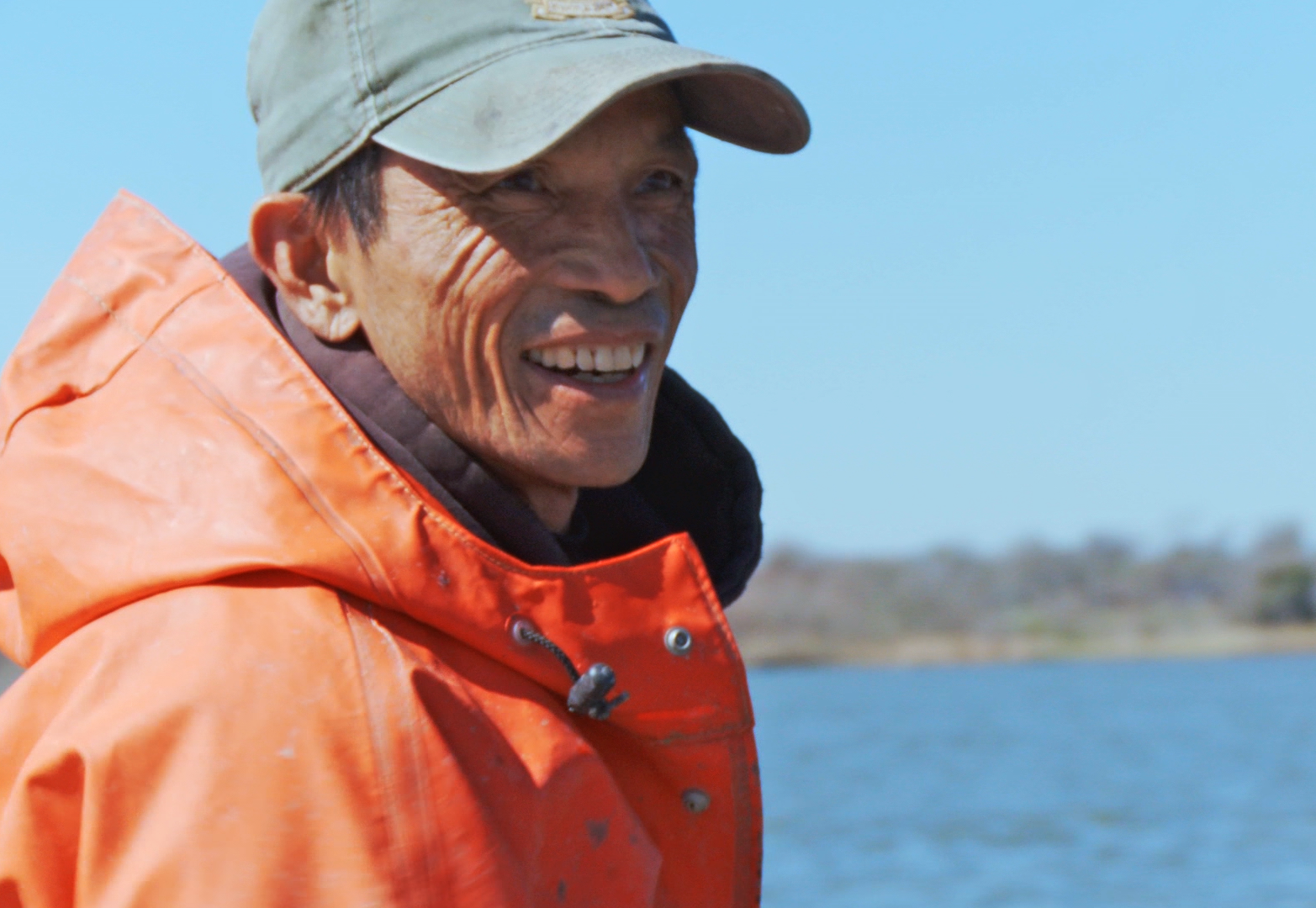 Seadrift, a documentary by Reel South, tells the story of shooting in in Seadrift, Texas, and the maelstrom of hostilities that followed against Vietnamese refugee fishermen who live there. (Credit: Reel South)

May is AANHPI Heritage Month! Dive into stories about Asian Americans, native Hawaiians, and Pacific Islanders with this 2022 collection of documentaries, show episodes, and on-air KERA TV programming.

▸ On air: KERA TV channel 13.1 in North Texas, or on our online TV player

▸ Stream on this page or on our on-demand video portal

KERA TV, KERA FM, and KXT FM members are able to stream extended-access PBS programs online with Passport. Those are marked with a little blue compass icon. Become a member for as little as $5/month or $60/year. Learn how to activate Passport.

Or stream all five episodes now via Passport

Asian Americans is a five-hour film series that chronicles the contributions and challenges of Asian Americans, the fastest-growing ethnic group in America. Personal histories and new academic research casts a fresh lens on U.S. history and the role Asian Americans have played in it.

At Lowell High School, San Francisco’s academic pressure cooker, the kids are stressed out. With a majority Asian American student body, high-achieving seniors share their dreams and anxieties about getting into a top university. But is college worth the grind?

Finding Your Roots: Reporting on the Reporter

Or stream it now via Passport:

Host Henry Louis Gates, Jr. shows journalists Christiane Amanpour, Ann Curry and Lisa Ling that the stories within their own family trees are every bit as compelling as the news stories they have been covering for the world.

In 1979, a fatal shooting ignites a maelstrom of hostilities against Vietnamese refugee fishermen in Seadrift, Texas, on the Gulf Coast. Set during the early days of Vietnamese refugee arrival in the U.S., Seadrift examines this turbulent yet little-seen chapter of American history and explores its consequences that continue to reverberate today.

Read about our commitment to diversity, equity, and inclusion. 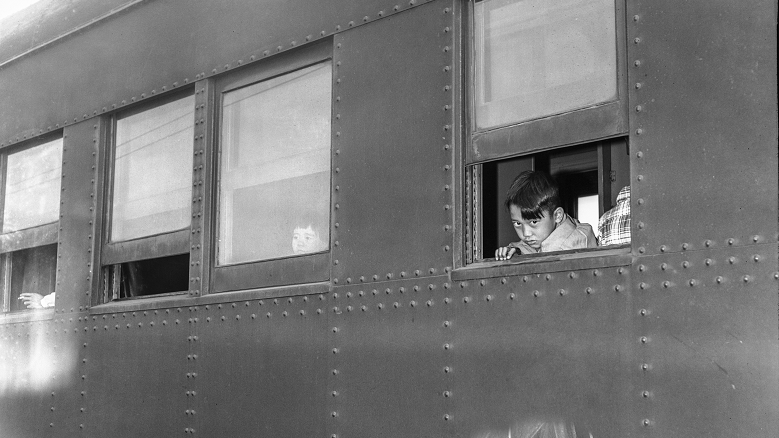 This documentary tells the story of a group of Japanese Americans and their incarceration by the U.S. government during World War II. It also explores the long-term effects of this incarceration and the phenomenon of intergenerational trauma. More than 40 camp survivors and descendants bring an unparalleled immediacy and urgency to the story.

Or stream it now via Passport

This film breaks open the hidden history of the U.S. Army’s Military Intelligence Service (MIS) during World War II — a story made possible because of a few aging Japanese American veterans with a little internet savvy and a lot of determination.

Or stream it now via Passport

This is the story of the author whose first novel, The Joy Luck Club, was published to great commercial and critical success. With the blockbuster film adaption that followed as well as additional best-selling novels, librettos, short stories and memoirs, Amy Tan firmly established herself as one of the most prominent and respected American literary voices working today.

Narrated by Jason Momoa, discover the inspiring story and impact of five-time Olympic medalist Duke Kahanamoku. He shattered swimming records and globalized surfing while overcoming racism in a lifetime of personal challenges. 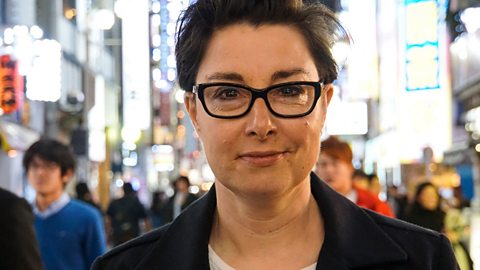 Sue Perkins explores a country caught between ancient tradition and dazzling technology: Japan. It’s often described as a futuristic city and technological mecca. But, Japan is also steeped in tradition.

In this back-to-back two-episode program, Sue visits Tokyo, with its neon digital displays, thronging population, and bullet-fast trains. She travels to the mountainous villages and meets the artisans finding new ways to preserve ancient traditions.

The rift between age-old traditions and new-age technology is widening, as the country strives to honor its past – and embrace the future.

Until his death at the age of 106, Tyrus Wong was America’s oldest living Chinese American artist and one of the last remaining artists from the golden age of Disney animation. The quiet beauty of his Eastern-influenced paintings had a pioneering impact on American art and popular culture.

Mr. Tornado is the remarkable story of Ted Fujita, whose groundbreaking work in research and applied science saved thousands of lives and helped Americans prepare for and respond to dangerous weather phenomena.

Norman Mineta and His Legacy: An American Story

Or watch it now via Passport

Meet the statesman who served as cabinet secretary for Presidents Clinton and George W. Bush. Imprisoned by the U.S. during World War II for his Japanese ancestry, Mineta rose to become the first Asian American to serve in a presidential cabinet.

After the birth of her first child, filmmaker Nanfu Wang returns to China to speak with her family and explore the ripple effect of that country’s devastating social experiment, the one-child policy. At its core, One Child Nation is a riveting personal story revealing shocking human rights violations and forces us all to reckon with the consequences of blind obedience.

Follow the gripping story of the race against time to save San Francisco and the nation from an outbreak of bubonic plague in 1900.

Examine the origin, history and impact of the 1882 law that made it illegal for Chinese workers to come to America and for Chinese nationals already here ever to become U.S. citizens. The first in a long line of acts targeting the Chinese for exclusion, it remained in force for more than 60 years.

Rising Against Asian Hate: One Day in March

We remember the victims of March 16 shootings in Atlanta. Robert Peterson remembers his mother Yong Ae Yue in the CAAM-supported documentary "Rising Against Asian Hate: One Day in March" premiering May 31 on @PBS. #ExploringHate #RememberingMarch16 pic.twitter.com/G1Q4udcCyT

Explore the fight against Asian American hate following the March 2021 mass shootings at three spas in Atlanta. Examine how this critical moment of racial reckoning sheds light on the struggles, triumphs and achievements of AAPI communities.

Music producer Duong Khach Linh proves that music truly is a universal language as he moves back to Vietnam to pursue a successful music career.

Thousands of Chinese students arrive in the United States each year, often confronting loneliness and culture-clash upon arrival. Arriving in North Carolina to study filmmaking, Hao Zhang is surprised to find a unique community of Chinese students, connected by a newly discovered evangelical Christianity that is often at stark odds with their communist roots in China.

How many A’s in AAPI? Dolly & Adrian hear from South Asian, Southeast Asian, and Pacific Islander voices to explore the pros and cons of disaggregating Asian American as a statistical category. From PBS Digital Studios series A People’s History of Asian America.

▸ Explore more stories of Asian and Pacific Americans with these documentaries and episodes curated by PBS.