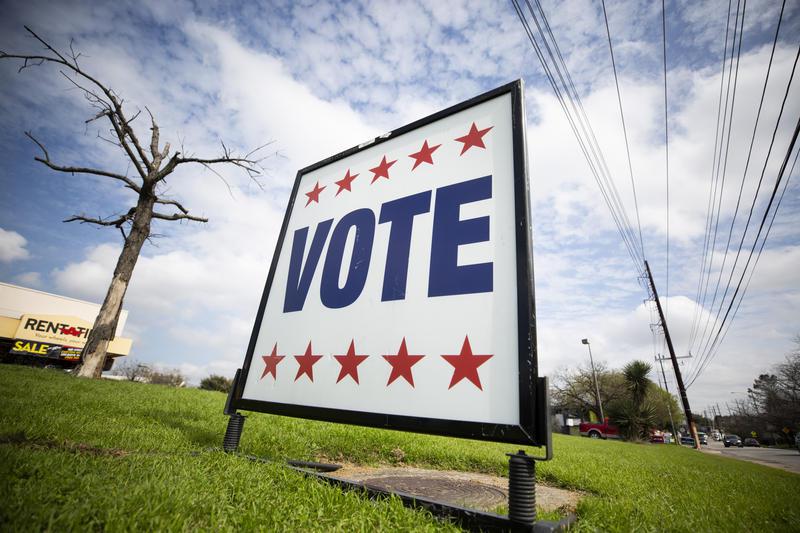 Eleven of the 12 Democratic candidates for U.S. Senate in Texas will debate tonight – the first day of early voting in the March 3 primary. The candidates are competing to likely take on Republican Sen. John Cornyn, who is running for his fourth term, in November.

Watch the debate live on keranews.org, tune in to KERA FM or listen online at kera.org. KUT in Austin is co-producing this statewide debate, along with The Texas Tribune and KVUE TV in Austin.

Your Voting Guide For The March 2020 North Texas Primaries

Voting can be complicated — people often find themselves unsure of where to go, what to bring and what’s on the ballot. Don’t fear. KERA News has put together this guide with what you need to know to vote in the 2020 primaries in North Texas. Early voting begins February 18. Election Day is March 3.

KERA in North Texas is working with KQED in San Francisco to produce a nationally distributed radio program, “Countdown to Super Tuesday,” that will feature the hosts of KERA’s Think and KQED’s California Report, on Friday, February 28.

KERA FM is providing NPR’s live special coverage of primaries and caucuses. Special coverage will include updates on the results, reporting and analysis from the NPR Politics Team and member stations, newsmaker interviews and victory and concession speeches. More information will be added as the dates approach.