Skip Navigation
Home > ArtandSeek.net > 125 Sculptures, All Of Women in STEM, Coming To Dallas

It’s rare to see statues of real women. Not allegorical figures, like the Statue of Liberty. But works honoring accomplishments of actual people.

Research by former Treasurer of the United States Rosie Rios show there are less than half a dozen statues of real American women in a main park or downtown in 12 top American cities.

Dallas-based Lyda Hill Philanthropies and the American Association for the Advancement of Science plan to change that with an initiative called IF/THEN. In May, 125 women from across the country in science, technology, engineering and math (STEM) careers will be represented in life-size 3D-printed statues at NorthPark Center.

#IfThenSheCan—The Exhibit will include 10 North Texas women, known as AAAS IF/THEN ambassadors. The exhibit will be the first to present the largest coalition of life-sized statues of women in one place. 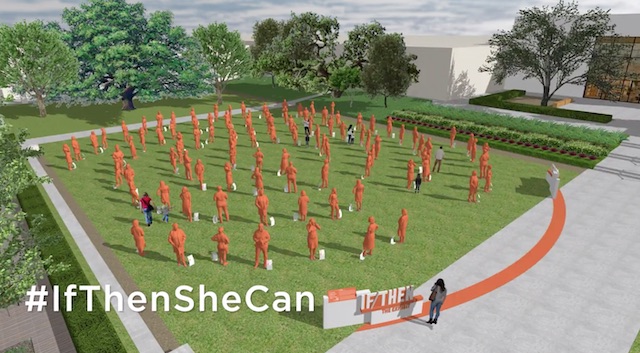 Statues of 125 women ambassadors depicted in a rendering of the May 1 exhibit at NorthPark Center. (If/Then Initiative)

They also hope to encourage young girls into STEM careers and better portray women in STEM through media and learning experiences.

In 2018, Geena Davis Institute and Lyda Hill Foundation researched STEM characters portrayed between 2007-2017 in cable, film and streaming platforms.  Only 37 percent were played by women. In general, STEM characters were rarely leads. When they were, they tended to be men.

Girls and women are more likely to go into a STEM career if they know someone, have a role model, family members, friends and teachers to encourage them.

“We want all kids, boys and girls, to see what people in STEM look like and help them understand that there are 125 of these amazing ambassadors who are doing work in so many different areas,” Small said. “And they, too, might one day grow up and change the world like these women.” 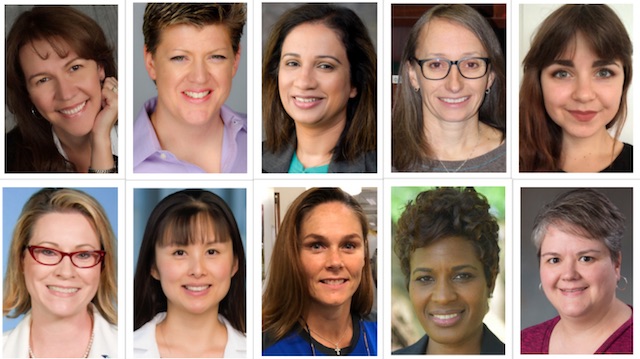 The ambassadors selected for the 3D-printed statues are from diverse scientific backgrounds. They’re from 42 states and territories, and come from all experience levels, with 47 percent in their early careers, said Smalls.

The North Texas ambassadors include:

NorthPark Center, a shopping mall in Dallas, is the number one visitor destination in North Texas. The exhibition was made free to give access to everyone and see the many different women on display.

“We are thrilled to be a part of this groundbreaking installation aimed at raising awareness and inspiring young girls everywhere to consider pursuing careers in STEM,” said Nancy A. Nasher, owner of NorthPark Center in a statement. “Because of our steadfast commitment to bringing world-class art and important, educational, and cultural experiences to the public, NorthPark Center is honored to showcase this transformative initiative to our millions of visitors.”

Lyda Hill’s IF/THEN Initiative partnered with CBS in Mission Unstoppable, a new Saturday morning television show, to highlight women in STEM related careers. The show premiered in September of 2019 and is hosted by actor and singer Miranda Cosgrove.

The life-sized 3D printed ambassadors will be shown at the CenterPark garden from May 1 to Oct. 9.