Ciara Elle Bryant is taking a self-portrait across the street from her childhood home in Oak Cliff. She stands in front of a gated, orange house. Above her, a classic portable basketball hoop. She holds still, waiting for the shutter to fire. Then a red truck passes by. She looks at the photo. It’s no longer a self-portrait. The red truck covers her body, a prominent feature in her photography.

The photo, now simply called “Red Truck,” was taken in 2019. The Dallas-based multimedia artist said the shot resembled her life at the time. 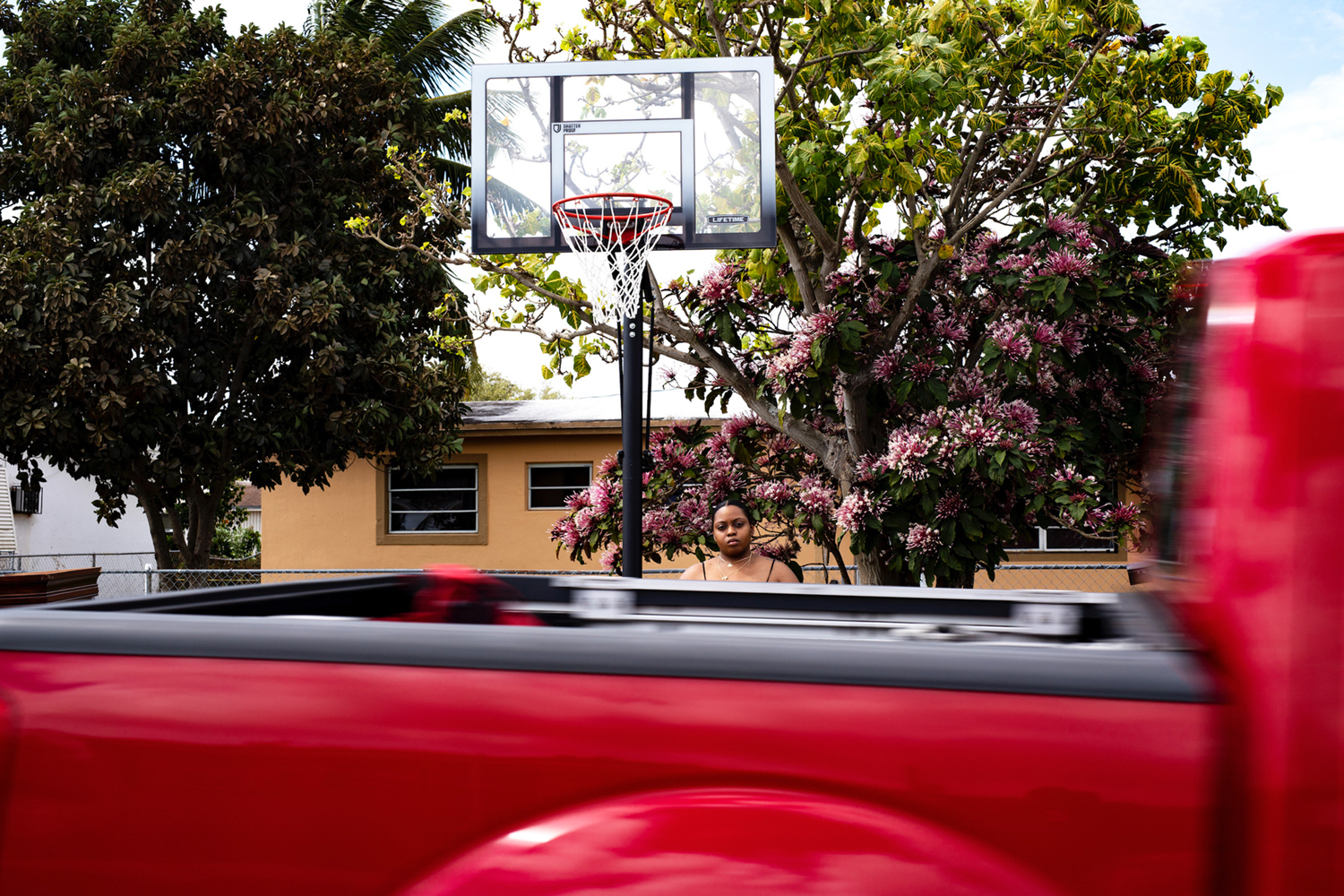 “That’s how it felt being in a space, especially at SMU,” Bryant said. “At that school, I always felt like I was being passed by or looked up or like something was intruding on my space.”

Bryant, whose work centers her life as a Black woman, is one of Dallas’ rising artists. This year, her work was shown in the Nasher Sculpture Center’s Nasher Windows series and she’s curated and juried shows at 500x Gallery on Black artwork. Bryant also took part in Art&Seek’s conversation called “State of the Arts: Being a Black Visual Artist in 2020.”

She calls “Red Truck” a fan favorite. It was originally taken for her grad school midterm at SMU. Then the photo was later showcased at 500x Gallery’s College Expo exhibition. Now, it’s the first print to be sold out by the TX.us (tex-us) print project, a fundraiser that provides relief to Texas artists.

The print project or art sale gives 100% of the proceeds to photographers who’ve lost work or artistic opportunities because of the COVID-19 pandemic.

Bryant said any help goes a long way. Currently, she doesn’t have an art-related job and is a driver for Uber Eats for about 12 hours a day.

“I was like, ‘Wow, I can actually say I sold work this year and people have collected some of my prints this year,’” Bryant said.

She’s currently one of six artists the TX.us print project has helped.

Local artist Raul Rodriguez, the founder of the TX.us print project and art sale, is a photographer himself. So he knows how difficult it’s always been for artists to make a living.

The pandemic didn’t make financial opportunities any easier. In August, the latest survey by three advocacy arts groups found that North Texas organizations have suffered more than $67 million in financial losses since mid-March. The groups also found that 1,200 jobs were lost.

Those staggering numbers encouraged Rodriguez to take matters into his own hands. He applied and received a 2020 Nasher Sculpture Center Artist Grant to help fund the TX.us print project. The fund has helped to purchase materials and make an addition of five prints of a selected print for each artist. Each print sells at $75.

“A lot of the artists are essentially my colleagues and my photographic community, even friends, too. So I just wanted to be able to help out in an artistic way,” Rodriguez said. “I felt the need to support people around me.”

The project launched in September on Deep Red Press, founded by Rodriguez. It’s an independent platform, publisher and art-book store that features Texas photographers and artists. The second round of artists launched in November. 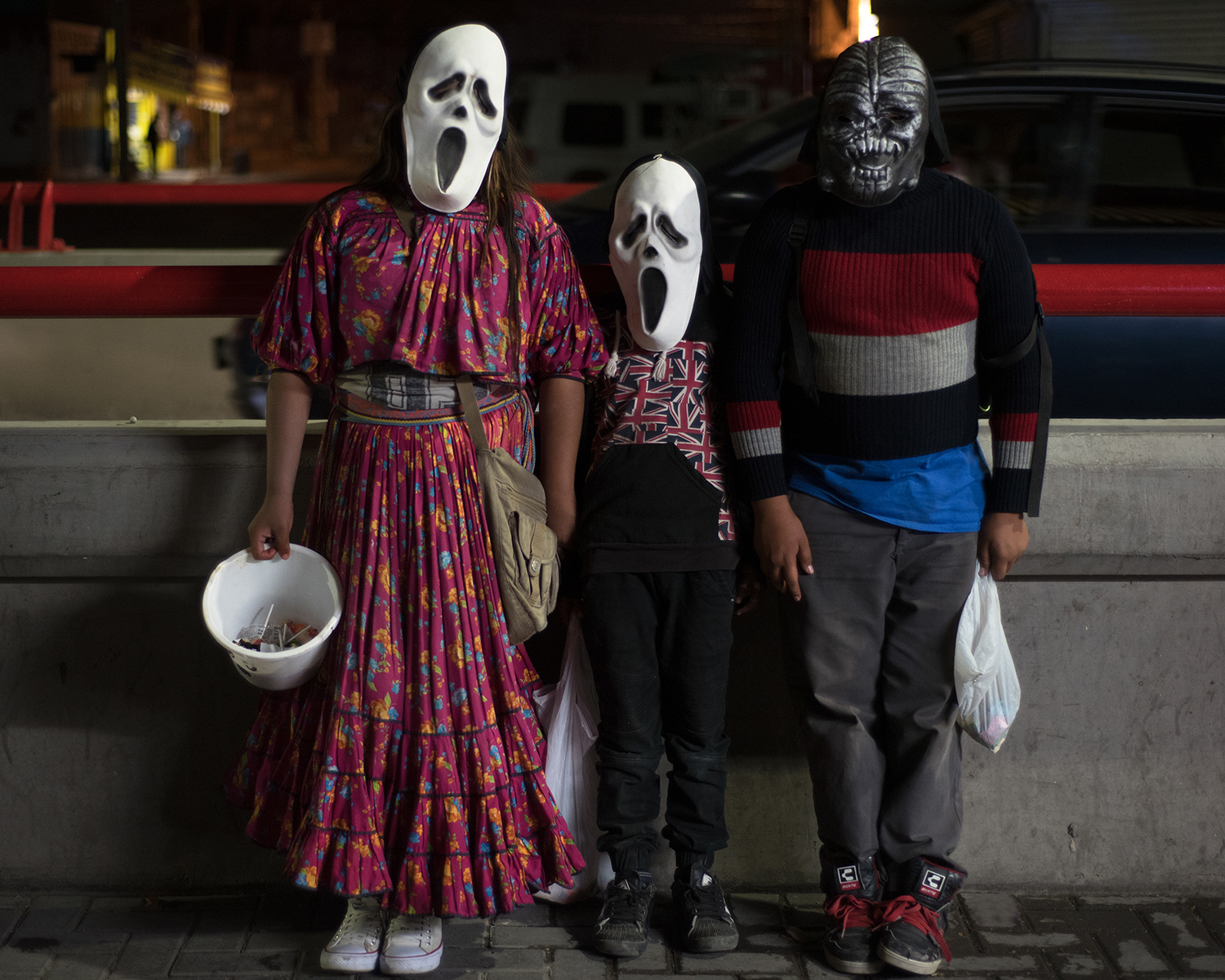 So far, the TX.us print project has raised a little over $1,000 total for all the prints sold.

The active two rounds of artists will be up until the end of December. Rodriguez hopes to continue the project afterward, possibly with a larger number of artists, he said.

As a whole, the project was made to support the creative Texas community, Rodriguez said, “to help each other out and pull each other from under the struggle of the pandemic.”

To buy a print from, visit Deep Red Press.