We’re so lucky to live in an area with such a vital arts scene, but with so many happenings going on it can sometimes be hard to decide what to do. I know, First World Problems. Well, the Art&Seek calendar is here to help you to search through the bounty of options. Check out our picks for this week! 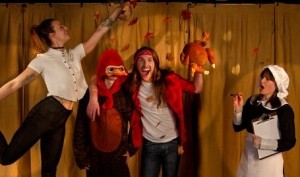 Check out “The Thanksgiving Play” by Larissa FastHorse at Undermain Theatre in Dallas. The satire follows a group of teaching artists who scramble to create a pageant that celebrates both Thanksgiving and Native American Heritage Month.

The Amon Carter Museum of American Art shows “Set in Motion: Camille Utterback and Art That Moves.” The exhibition pairs an interactive installation by new-media artist Camille Utterback with a century of art depicting motion from the Museum’s collection.

Take the kids to see “Superpower Dogs” at the IMAX Theater at the Fort Worth Museum of Science and History. The film highlights the talents and superpowers of multiple rescue dogs. 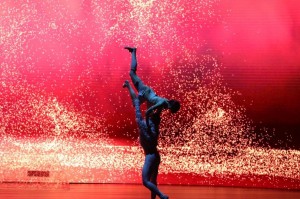 Head to the Theatre at Grand Prairie for a new take on an old classic. “Sleeping Beauty Dreams” is a contemporary dance and art experience that uses innovative technology to explore the age-old fable of Sleeping Beauty.

The Texas Theatre in Dallas screens “Depeche Mode: Spirits in the Forest.” The film weaves together musical performances filmed at the final shows of the Global Spirit Tour in Berlin with intimate documentary footage filmed in fans’ hometowns across the globe. The screening is a partnership with KXT.

Weatherford College Fine Arts Department presents “Little Shop of Horrors at the Marjorie Alkek Fine Arts Center. The musical-comedy tells the story of a hapless florist and his man-eating plant. It’s on stage through Sunday. 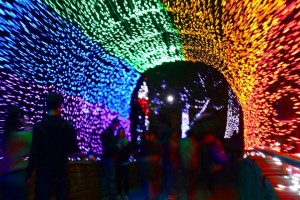 Over a million lights will transform the Dallas Zoo into a twinkling wonderland this holiday season. The annual Zoo Lights festival also includes realistic silk-covered lanterns in the shape of your favorite animals, a Santa meet-and-greet, nature ornament-making activity, and much more.

In Grapevine, Palace Arts Center screens the 1969 movie “Change of Habit.” Elvis Presley and Mary Tyler Moore star in this film about a nun who must choose between love with a young doctor or life in the church.

And the Mesquite Community Theatre presents “FrUiTCaKeS.” The play follows a runaway who lands in a kookie town and befriends and learns from the residents. It’s a moving story of alienation, understanding, and reconciliation and it’s on stage through Dec. 15. 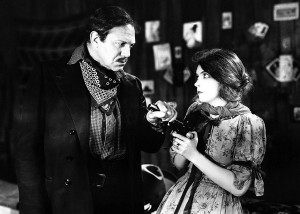 The Dallas Chamber Symphony presents “The Wind” at Moody Performance Hall on Saturday.  The symphony will play an original score by Canadian composer Alain Mayrand to accompany the screening of the 1928 silent film, which starred silver screen darling, Lillian Gish.

It’s time again for the annual Cedars Open Studios Tour. Artists in the South Dallas neighborhood will open their doors to the public on Saturday and showcase the talent, creativity and vibrant life of their neighborhood. You can explore the many studios, meet the artists and enjoy the local galleries, bars and restaurants that make the Cedars community unique. A celebration at Lee Harveys follows the open studios tour.

On Sunday, the Eisemann Center in Richardson continues its Family Theatre Series with the children’s adventure “Pete The Cat.” The show follows Pete and his buddy Jimmy as they set out on a mission to conquer second-grade art.

Also on Sunday, you can head to downtown Fort Worth for the annual Fort Worth Parade of Lights. This year’s “Sounds of the Season”-themed parade will kick off Fort Worth’s holiday festivities with more than 100 festive floats and over half a million lights. 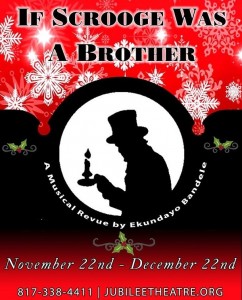 Right up the street from downtown Fort Worth’s giant Christmas tree, the Jubilee Theatre presents the musical “If Scrooge Was a Brother.” All the ghosts and characters are icons of Black culture in this modern take on the Dicken’s classic “A Christmas Carol.”

In Dallas, “Once” wraps up at the Winspear Opera House. The Tony-Award winning musical follows a street musician in Dublin who is about to give up on his dreams until a beautiful young woman takes an interest in his songs and in him.

And, grab a blanket and some snacks and head to the Davis branch of the Plano Public Library for a screening of “Frozen.” And have the kids warm up their vocals chords before you head down there because this screening is a sing-a-long. 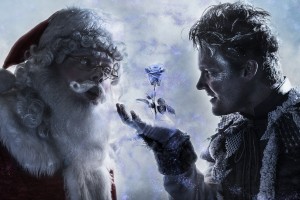 In Fort Worth, Casa Mañana presents “Jack Frost.” The play is narrated by Santa himself and follows Jack Frost and his friends as they try to save the world from Jack’s evil uncle.

Take a peek behind the curtain at Dallas Black Dance Theatre. The lunchtime Behind the Scenes show provides an opportunity for patrons to meet the dancers and get a glimpse of the rehearsal process. The performances are free but reservations are required.

And also in Fort Worth, the Blue Man Group comes back to Bass Performance Hall with an all-new show. The Speechless Tour is full of joy, art, music, comedy, social commentary, and hilarious absurdity. The group is in town for just three performances.

To get the latest art news, event happenings, and ticket giveaway alerts delivered right to your inbox sign up for our weekly e-newsletter.