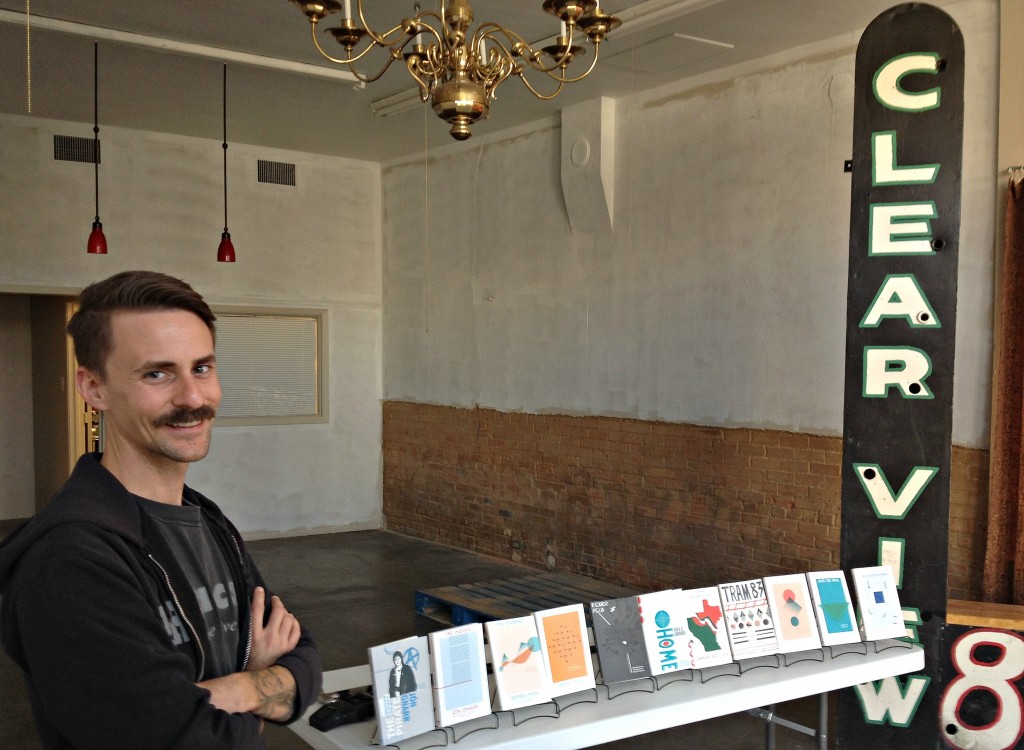 Will Evans may actually be better known in European and Latin American literary circles than he is in North Texas. He opened Deep Vellum publishing a year ago, concentrating on translated works never published before in English. Remarkably, for such a newcomer working in translations, Evans has sold out several print runs and has had his books reviewed in major London journals as well as on NPR. KERA’s Jerome Weeks reports now Evans is taking another gamble on old-fashioned printed books.

Closing the door causes an echo to reverberate through the empty storefront on Commerce Street.

“Welcome!” comes Will Evans’ delighted reply from the back. The commercial space is nothing special for Deep Ellum: 1200 square feet with a cubbyhole office and a bathroom in the back. It was a winery before this and who knows what else before that. But next week Will Evans is holding a party to signal that over the next couple months, this will become a rarity: a new bookstore, Deep Vellum Books.

Vellum is another name for parchment, the animal skins used for books before paper was invented. Deep Vellum won’t be a chain bookstore, not even a typical independent bookstore. It’ll stock only works from small publishing houses, independent firms, Evan says. It’ll have poetry books, hand-made books, literary journals: “The kind of stuff you’re not getting anywhere else in the city.”

In person, Evans is still the live wire who moved to Dallas two and a half years ago, determined to buck the digital age and the dominance of New York publishers. He was perfectly aware then that selling literary fiction from foreign authors was a niche market. Typically, Americans just don’t read translated works. But it’s a niche without much competition — and it’s a niche that foreign governments are often eager to fill, willing to provide grants to underwrite the translation and publication of their authors in the U.S.

Evans is also aware that Deep Vellum Books will also be a niche business. But, he insists, “I think there’s a new valuing of independent literature — the same way that, once upon a time no one had ever thought of indie music, and now indie music is mainstream. I think that literature is going that way, and I want to be a part of that, just the process of, like, letting people discover great writers. There’s nothing wrong with reading great writers.”

Right. I try to imagine anyone arguing against that statement. 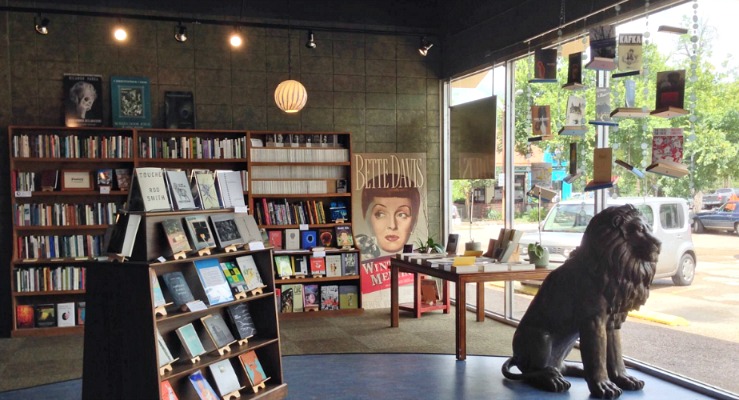 The fact is, despite all the attention given e-books and Kindles, their sales have mostly leveled off, while the numbers of physical, bricks-and-mortar, book retailers across America have actually risen slowly the past few years. And Evans even has a successful model to follow.

No, not the Wild Detectives, the bookstore that’s been going great guns in the Bishop Arts District for a year and a half with its coffee bar, its beers and food items, its concerts and its Shakespeare in the Bar. Evans’ bookstore will also have a coffee bar and live music, but he says the focus will be more on literature, literature, literature. His model is actually Malvern Books in Austin. It opened two years ago just a few blocks from the UT campus. How convenient. But owner Joe Bratcher says, he doesn’t really cater to the academic crowd — and this, in a town that already had one of the biggest, most successful independent stores around, Book People.

Even so, Bratcher went after writers’ groups, book clubs, poetry gatherings “They’d run out of places to meet,” he says. “They were getting pushed farther and farther back into a Starbucks. And in addition to opening a bookstore, I wanted to open a space where poetry and literature could be performed and enjoyed. And the biggest thing is to get people into the store and let them know it’s a fun place to be and that they’re welcome.”

The Deep Vellum publishing business may be non-profit, but Evans definitely wants his bookstore to attract customers, to, y’know, make some money. So he’s started a book club, he’s planning events. All of which is why, Evans says, he’s always had his eye on this particular corner. 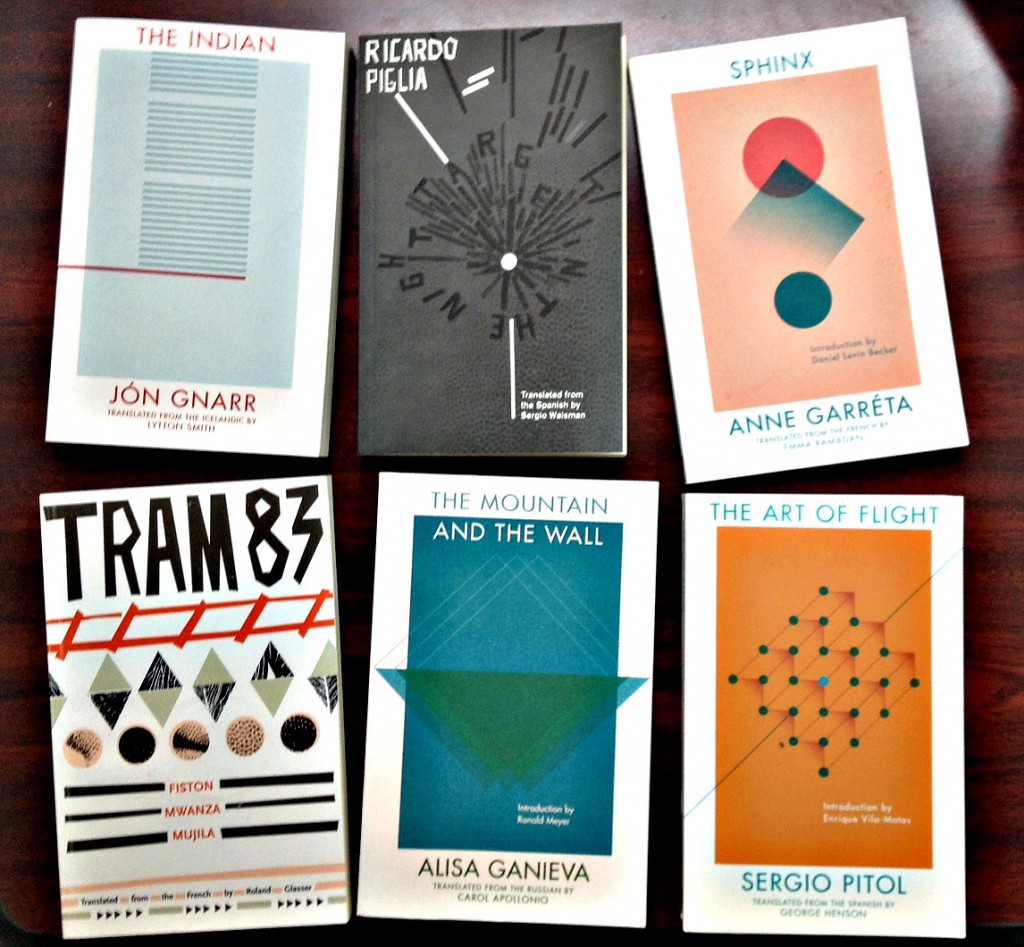 A half-dozen of the eleven books Deep Vellum has already published, including one of Evans’ best sellers, ‘Tram 83.’ And “Target in the Night” — whose translator is coming to Dallas in January.

His office was actually just down the block at the Common Desk, the shared office workspace on Commerce. But he likes Deep Ellum for its location, close to downtown, close to both freeways and DART. Plus, the area’s getting new residential construction and stores (he’s not opposed to these developments, provided they don’t cause the rents to shoot up. They mean more customers, possibly even walk-up business). Deep Ellum is becoming more of a neighborhood; it’s not just nightclubs and restaurants anymore.

“There’s been a retail component that’s been lacking in the neighborhood,” says Evans, “and it’s starting to build up throughout Deep Ellum. And when we get to the point where there’s enough of these types of retail down here, I hope a bookstore might be the missing link. You know, this’ll be the new literary center for the city.”

But before all that might happen, Evans has an entire store to install. Right now, 3000 Commerce Street is mostly bare walls with some boxes full of books.

“The bones of Deep Ellum buildings are pretty much all identical,” Evans declares, his voice echoing off the walls. “You get a rectangle of a room – cool, it’s been here for 120 years. We’ll polish the floor, paint the walls, leave the exposed brick.”

He’ll put a stage in one corner, a coffee bar in another.

“So we just need to get some bookshelves out here now.”

And empty some of these boxes.

“Well, that’s the dream, right? To empty all the boxes.”

Get the books up on those shelves. And get ’em sold.