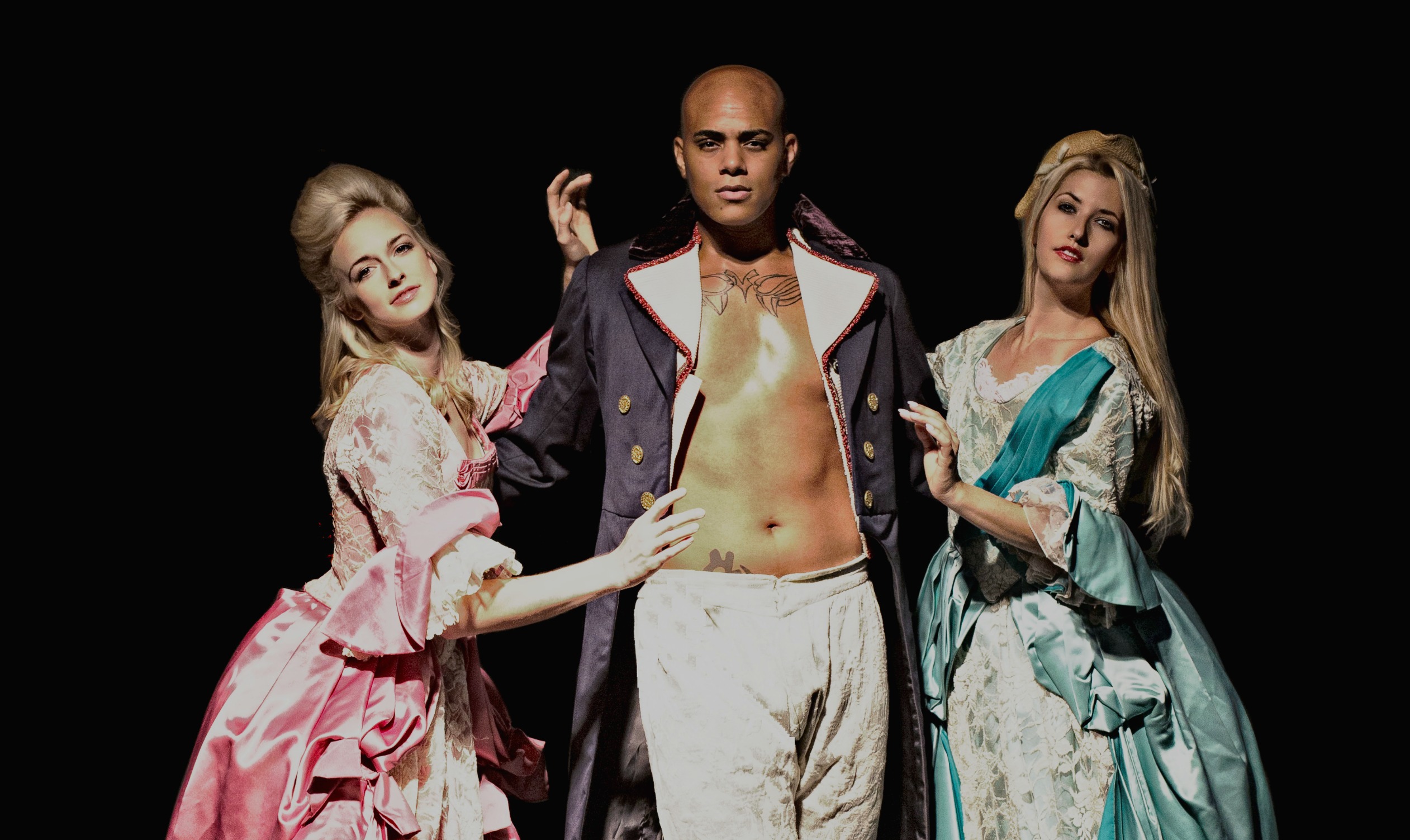 The Dallas Bach Society premiered an unusual work last week. It mixed dancing, singing, music and narration – all for a composer most people haven’t heard of. A composer who also was a great swordsman, dancer, violinist and even a military leader in the French Revolution. KERA’s Jerome Weeks sat down with Justin Martin to talk about the man known as the Mozart Noir.

JWJerome: Justin, I thought I’d play a little music today, performed by the Toronto Camerata. Do you recognize the composer?

Justin: No. Should I?

JWNot really. It’s no one famous – although he once was famous. But if you had to risk a guess, who might you say?

I dunno. Mozart or Haydn, I suppose.

JWVery good, yeah. This guy knew Mozart and he commissioned six of Haydn’s symphonies – the ones called his Paris symphonies.

So who was he?

JWJoseph Bologne – officially referred to as the Chevalier de Saint- Georges. “Chevalier’ is the French term for “knight” so it was like calling him ‘Sir Joseph. But he also came to be called the ‘Mozart Noir.’

Is that anything like ‘film noir.’ You mean, a ‘black Mozart’?

JWYeah, that was Bologne’s nickname. He’s considered the first classical composer of African descent. He was the son of a wealthy French planter and an African servant. And he led an incredible life. He was a great fencing master. A black kid from the West Indies beating some of Paris’ best swordsmen — you can see why people bet on his matches. He also became a famous dancer and a virtuoso violinist. It’s no surprise his best known compositions today are his violin concertos and string quartets. Like this one.

So why are we listening to his music?

JWLast weekend, the Dallas Bach Society presented an evening of dance and music celebrating his life and art. Every season, the Bach Society presents productions like this. They’re more elaborate than just a typical concert – they’re chamber operas, period dances, and they’re often some of the most engaging things the company presents, particularly because of the baroque dance work by Catherine Turocy, wife of James Richman, the director of the Bach Society. ‘Le Mozart Noir: The Untold Tale,’ as the evening was called, included the Contemporary Ballet Dallas and new music by local composer Mark Landson. And the entire project was funded by TACA’s Donna Wilhelm Family New Works Fund. 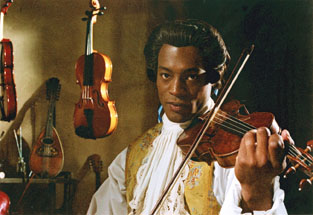 What became of him?

JWBologne? He led an orchestra in Paris, composed operas, nearly became the head of the Paris Opera — the most important position for a French musician. In Paris, he was known as a ladies’ man — he created a one-act opera called ‘L’Amant anonyme’ — ‘The Anonymous Lover.’ And although he was a good friend of several leading noblemen, including the Duke of Orleans, he joined the French Revolution, became a leading abolitionist and even led a regiment of free men of color named in his honor, the Legion de Saint-Georges.

But what I really meant is why isn’t he better known today?

JWOh, that. Mozart and Haydn.

JWThat’s all anyone ever plays. In terms of programming, Mozart and Haydn are the only composers we ever hear, from this period. There’s a composer named Francois-Joseph Gossec. He was the chevalier’s teacher, so in ‘Le Mozart Noir,’ we heard a short aria by him, sung by the mezzo-soprano, Joanna Lynn-Jacobs, who has a lovely voice and a vivid stage presence.

But it happened to be the first time I’ve e ver heard Gossec performed live. So quite a few composers from this era have joined Bologne in oblivion. The chevalier certainly faced racism in his life (it’s why he didn’t end up leading the Paris Opera), but the historic neglect of him may not be an example of racism.

Besides, it’s actually a little misleading to call Bologne’s life a ‘Tale Untold.’ It’s definitely been getting told these days. There’s renewed interest. There was a Canadian made-for-TV film — which, needless to say, emphasized the ladies’ man storyline — there are biographies, there’s even a children’s book.

And remember that regiment he led? One of its members was Alexandre Dumas’ father. Dumas — the author of ‘The Count of Monte Cristo’ — wrote an earlier, lesser novel of swashbuckling adventure called ‘Georges’ that clearly led to ‘Monte Cristo.’ Get this: It’s about a black colonial kid who grows up, flees to France, becomes very cultured and quite the ladies’ man and eventually seeks revenge on the rich plantation owners who stole his home. It’s Dumas’ only novel to deal with race.

Well, how was the production itself?

JWBits and pieces were fun. In well-intentioned shows that are meant to be didactic, to teach us about a forgotten artist, to rectify cultural omissions, the weakest thing is generally the framework, what holds it all together. And generally, a biography is the easiest, weakest, most conventional format to follow.

So I enjoyed hearing Lynn-Jacobs sing, hearing Bologne’s music played by the Bach Society, I even enjoyed seeing the swordfight choreography of Valerie Shelton Tabor and the hip-hop dancing that represented Bologne’s military regiment. It was a thrilling break.

But as a whole, the evening  — officially termed a ballet — was a loosely narrated biography, so it was “this happened, then this happened.” The funny thing is, trying to fuse together music, dancing and singing into a narrative – that’s what eventually produced the Broadway musical. And even today, the book of a musical is often the hardest thing to get right because, although it may not be the big attraction like the music or dance, it’s why the music and dance happen.

With ‘Le Mozart Noir,’ it actually would have been much harder, required more thought, if all this material were presented as a kind of post-modern collage. That way, when this aria or that dance happened, the sequence would have to be justified by something more than simple chronology. That’s why, in the end, ‘Le Mozart Noir’ had no larger, cumulative effect — it was just entertaining or educational bits and pieces.

This week, I’ve also heard the North Texas arts community lost a major patron. Who was she?

JWGladys Carr – better known as Sis Carr. Dallasites who attended just about any dance, theater or classical music performance the past several decades will remember the woman dressed in canary yellow. To give some idea of Carr’s influence: She was a founding member of TACA, The Arts Community Alliance. She was instrumental in raising money to build the Kalita Humphreys Theater, the original home of the Theater Center. She was a past president of the Dallas Symphony League. She was a chair or board member of TITAS, the Dallas Opera, the Dallas Children’s Theater and Texas Ballet Theater.

Her family asks, in lieu of flowers, if memorials could be sent in her name to any of these arts groups.