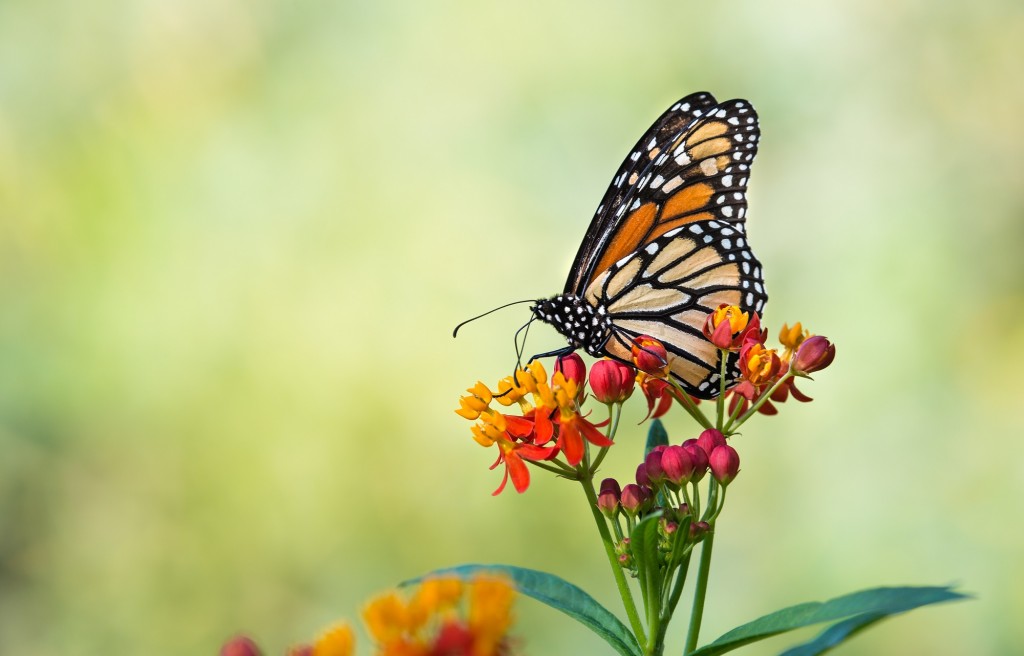 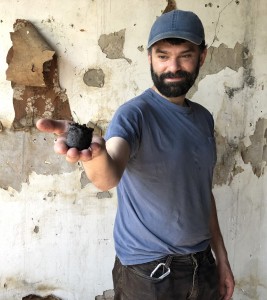 Sound artist Erik DeLuca became aware of the monarch’s plight while he was a resident artist at 100 West, the Corsicana Artist & Writer Residency program in Corsicana. While staying there, DeLuca came up with the social and environmental sculpture, The Staff of Asclepias –  a series of way stations for the monarch butterfly.

The title of the exhibition is drawn from Asclepias, the Greek god of medicine and health. He is often depicted holding a serpent entwined staff. The milkweed plant also gets its scientific name from him.

The Staff of Asclepias is on view through at the Anteroom gallery in Corsicana and Sweet Pass Sculpture Park in Dallas through August 1.

“There were a lot of people that participated in this endeavor, to make it possible,” said Bastidas. “And because it is a recreating and rethinking the possibilities of a sculpture just as a prop that you put in a place. Rather, you are creating a greater understanding around the monarch butterfly and its migratory pattern.” 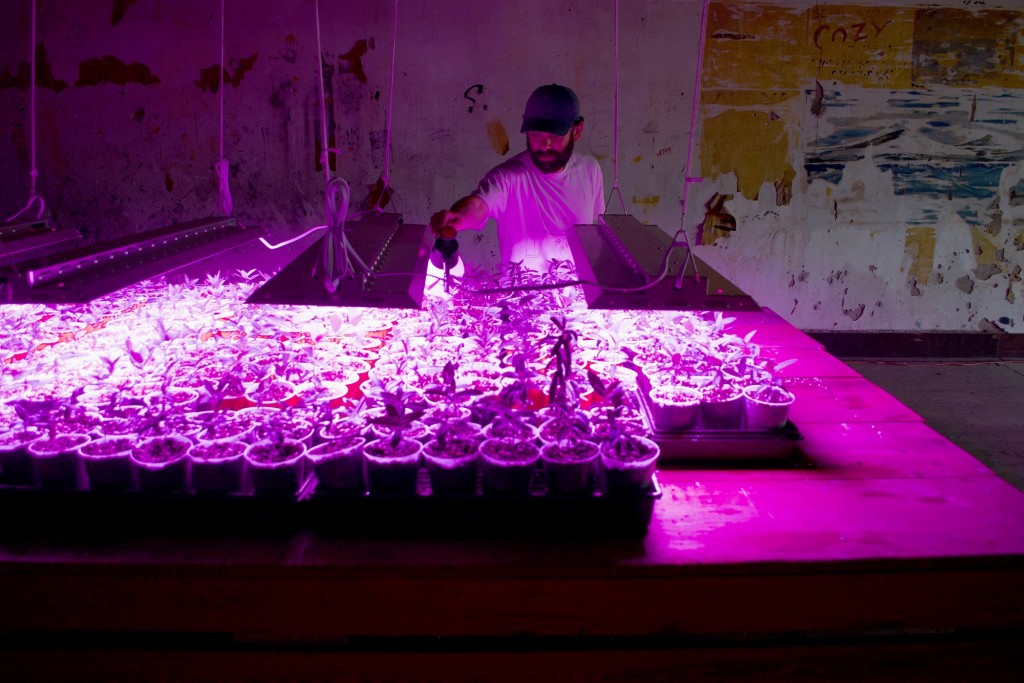 The Staff of Asclepias was produced in several locations. Two iterations of the project can be viewed by the public while observing social distancing either by driving by or by appointment. 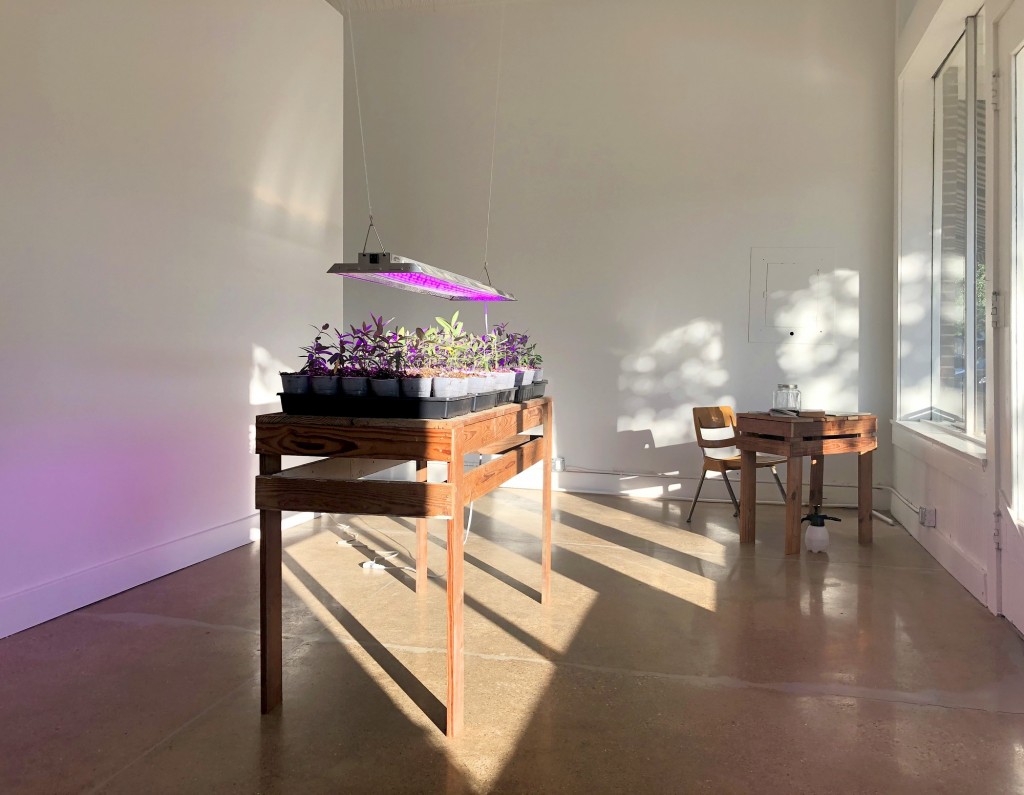 The Anteroom is the storefront gallery across from 100 West in Corsicana. Through the glass window, you can see a sample table with the milkweed plants and the magenta growing lights DeLuca used to grow 1,000 milkweed plants. 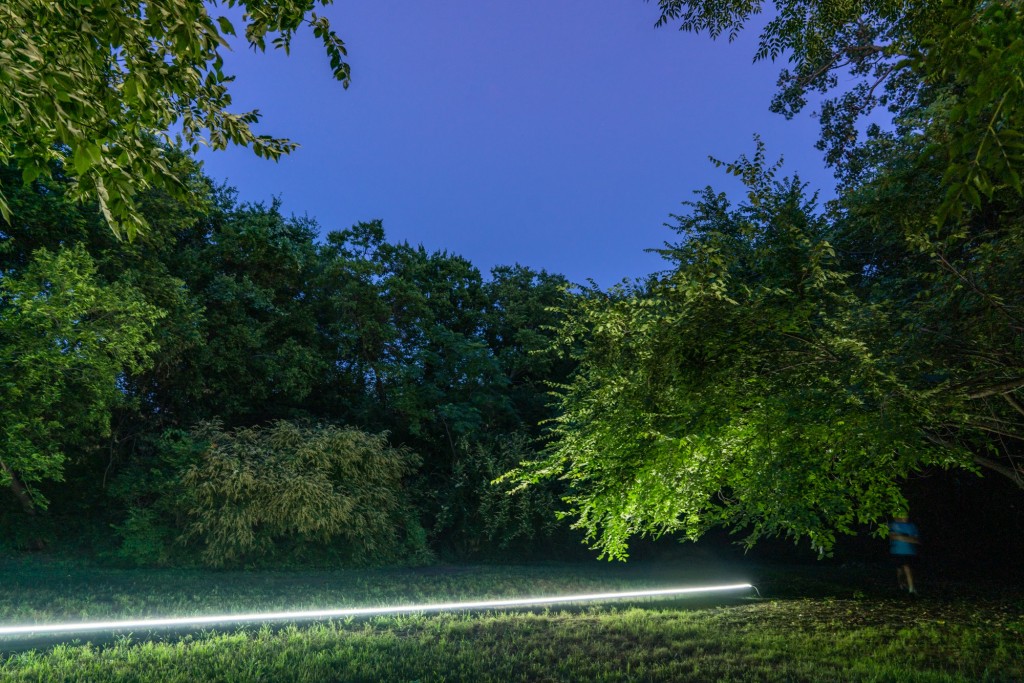 In West Dallas at Sweet Pass Sculpture Park, you can see a cluster of milkweed plants accompanied by a light and sound sculpture that activates during sunrise and sunset. The light, or staff, runs north to south so it illuminates the migratory path of the monarch.

The sound visitors hear is a rendition of the song “Sunrise, Sunset” from Fiddler on the Roof. It can also be heard playing at the Anteroom at dawn and dusk.