Skip Navigation
Home > ArtandSeek.net > A tale of one man’s descent into madness, this week on Frame of Mind

It’s been 18 months since the start of the pandemic and already we’re seeing artists create work from what we’ve all been collectively experiencing: isolation and destabilization, climate change and disease. They help us and make meaning of these challenges. Stories have the power to help us bring light into our own situations. Perhaps, answer questions we didn’t know we had.

This week’s episode of Frame of Mind showcases the video Suffocation Theory, a story about one man’s life dismantling piece by piece. Originally a short story written by David Rabe for The New Yorker magazine, it was adapted for video by Dallas’s own Undermain Theatre. Suffocation Theory is a one-man show performed by Bruce DuBose and directed by Jake Nice.

The piece begins with the narrator, DuBose, diving into a monologue about bad news. All types of bad news, like mass shootings and TV news pundits talking about bad news. DuBose is center stage, staring directly into the camera. The background is almost fully blacked out and there’s one light focused on him. The set design directs you to hang on to his every word. Just as quickly as the narrator begins his tangent on bad news, the set changes and so does his monologue. DuBose’s eyes are making contact with the camera the entire time. It feels like he’s talking to you. With all this bad news, you watch him descend into madness, and it almost seems as though you’re contributing to it. His life is spinning out of control.

“To me it spoke to the experience of quarantine and isolation,” said Nice, the director. “The way isolation can play tricks on your brain, it’s almost like one day melds into the next. It kind of feels like your life is a montage.” 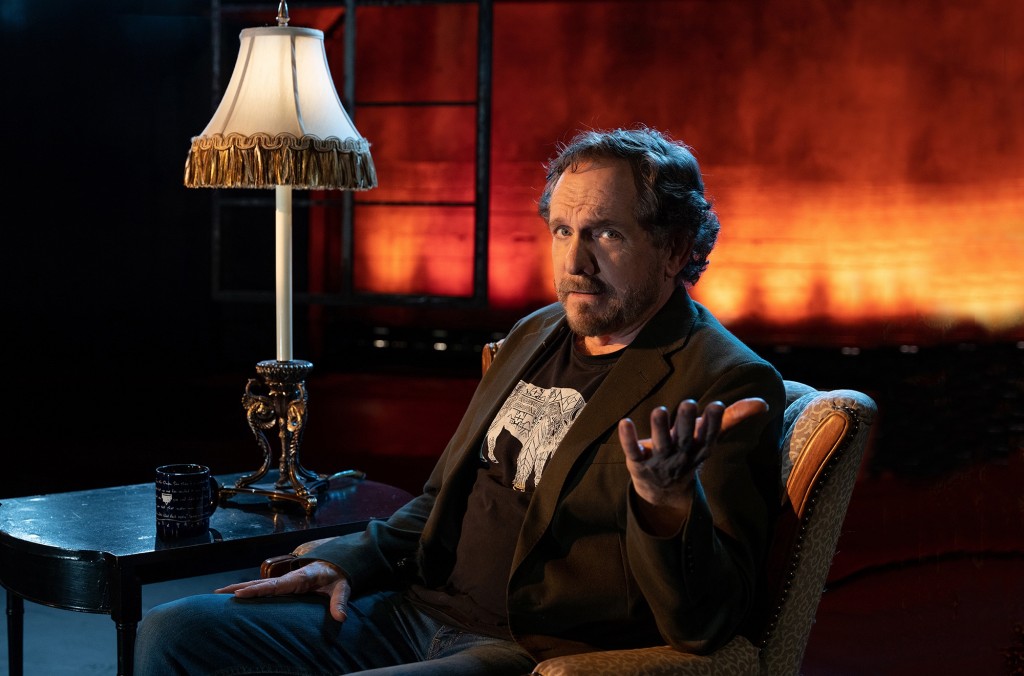 Suffocation Theory works through troubling scenarios that would make anyone go mad. As the narrator descends into mental and emotional chaos, it’s easy to realize why. Just like the main character, we are all weighing the effects of climate catastrophes and, ineffective government leaders directing our lives. We are, questioning our relationships and the people we have them with, And we’ve experienced isolation.

Sometimes it’s easier, and even necessary, to block out all the bad in order to focus on the positive. Yet, what Suffocation Theory might offer, is a reminder that we are all grappling with alarming conditions within our homes and outside of them.

“As you watch the film, let it wash over you,” Nice said. “Let it be confusing, let it be odd. Let it be bizarre and bewildering, and then spend some time thinking about it later and maybe it’ll make sense then.”