Many Americans have seen the images of exhausted migrants trekking across the rugged Sonoran desert or wading through the Rio Grande River, all of them trying to reach the United States.

But most people have no idea what those journeys are really like – spending weeks traveling by foot, getting attacked by gangs or collapsing from heat exhaustion. 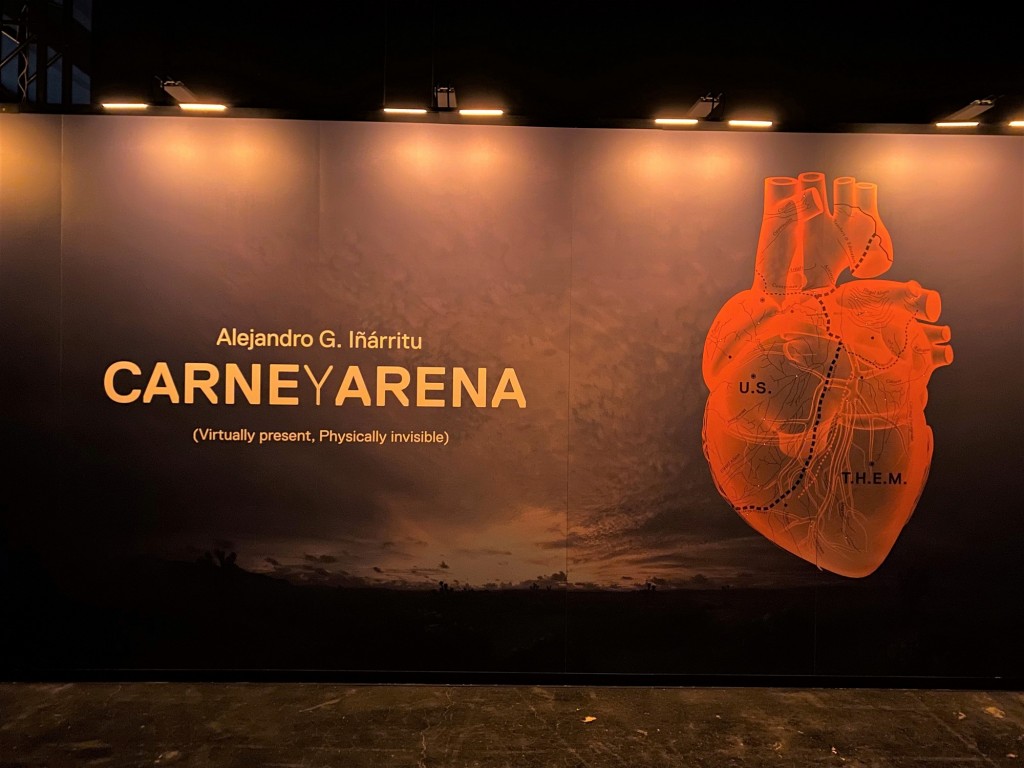 Participants in the Carne y Arena experience walk through a virtual reality desert, alongside migrants making the journey to the U.S. Photo Emmanuel Lubezki.

As he explains it, virtual reality is exactly what cinema is not.

“It offers you a three-dimensional experience and the freedom for you or for the audience not to be [sitting] and passively just observing the director and the … two-dimensional frame,” he said. “That’s basically the reality of the film experience.”

The Nasher Sculpture Center and the George W. Bush Presidential Center partnered to bring the exhibit to Fair Park. It’s on view at the Food & Fiber Pavilion through April 18. The work premiered at the 2017 Cannes Film Festival, but this is its first time in Texas.

In Carne y Arena, which means flesh and sand in this context, the audience is placed in a desert where Central American and Mexican migrants traverse the terrain. As part of the VR experience, audience members follow a group of 8 or 9 weary individuals as a helicopter flies above, shining a spotlight below. VR participants hear Border Patrol officers shout and they see them turn flashlights and guns at the migrants.

“¿Quién es el pollero?” “Who is the smuggler?” one of the officers yells.

A woman responds in Spanish that they can’t say because they’ll be killed. 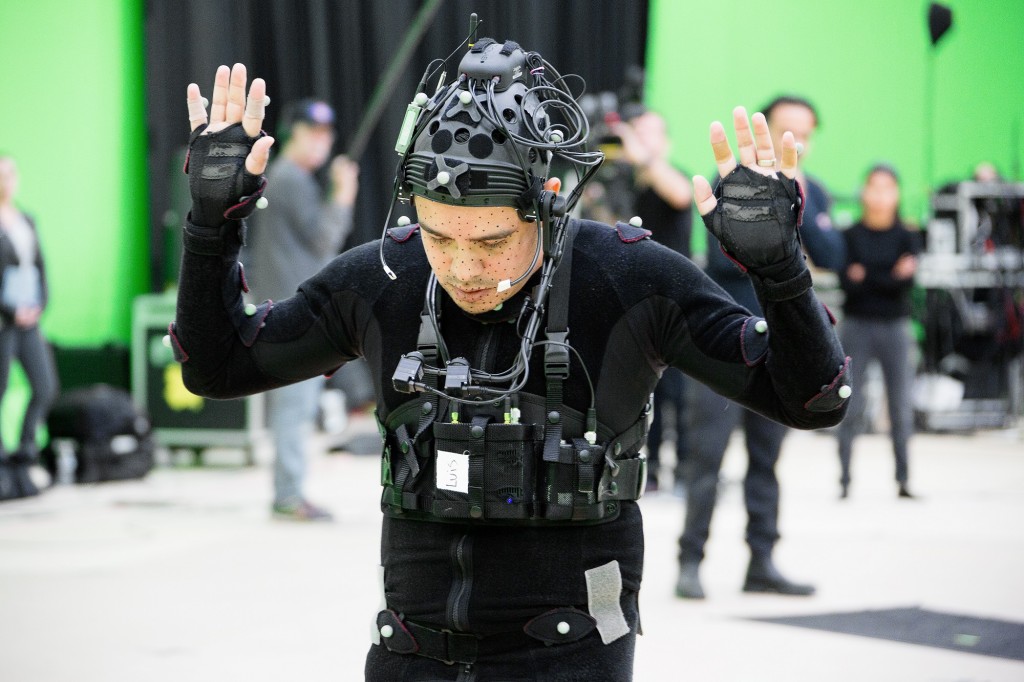 Although the 6-minute virtual reality experience is harrowing and chaotic, it wasn’t enough for Iñárritu. He said that as he put the project together, he realized the VR portion didn’t completely capture the complexity and reality of migration. So, he added other components.

Before beginning the journey, participants actually wait inside a sterile, cold room littered with shoes and water jugs, real items found in the desert.

That was intentional, he said.

“I reverse the narrative, you know, basically start with the cold room, because I was thinking that maybe the cold room should be at the end of the experience after they are caught, as it happens,” he said. “But I thought it would be interesting to invert the process and to start where they end up – normally in this cold room – and [the participant] can really see physically in reality all those shoes are from these people who lost their lives.”

The exhibit ends with the photos and stories of the people who embarked on these treacherous journeys. Iñárritu said he felt strongly about including them.

“I had the opportunity to interview, to talk with more than hundreds of immigrants that were struggling with their situation here, their status,” he said. “Some of these kids that you see there, you know, they have two or even three jobs and they sleep four hours a day. They have to send all this money to the family.”

Initially, some people were afraid to participate, he said, because they didn’t want to relive those difficult memories. But, for others, taking part in this project was cathartic, a chance to go through a sort of healing process.

“You know, when you go back to a trauma and then when you dig into the pain and the wound, it can be healed, even if it’s painful,” he said. “It was a beautiful process.”

Iñarritu said he doesn’t have the answer to fix a broken immigration system and he doesn’t want his exhibit to become a political prop. But he does feel strongly that the narrative of immigration has been distorted.

“Politics and politicians have kidnapped the world and the media and have basically reduced our world to black and white,” he said. “Ideologies and political views in a way are limited and blind to the much more complex reality that we are living every day.” 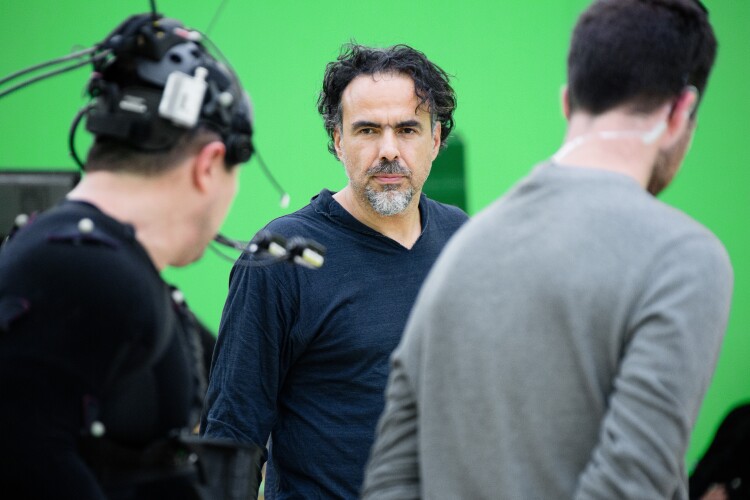 KERA News is made possible through the generosity of our members. If you find this reporting valuable, consider making a tax-deductible gift today. Thank you.