Skip Navigation
Home > ArtandSeek.net > Age Ain’t Nothing But A Number: A Look At Teen Musicians In North Texas

The North Texas music scene has always been fertile ground to grow young talent. Ornette Coleman, Stevie Ray Vaughn, Maren Morris, and countless others all got their start here at a young age. In this week’s Art&Seek Spotlight, we connect with a couple of emerging musicians from the region to learn what it takes to gig in Dallas-Fort Worth’s hippest venues and bars before you drink or even vote.

Musician Frankie Leonie gigs at all the popular spots around Dallas – The Granada, The Rustic and the State Fair. The 17-year-old’s even scored the cover of the Dallas Observer; they named her the ‘Best Country Act’ of 2018. And once you’ve heard her powerful, crystalline voice, you’ll understand why. But landing a gig wasn’t so easy when she was just starting out, at 13.

North Texas has a ton of teenage talent. Art&Seek teamed up with KXT 91.7 FM and NPR Music to create a list of 20 Under 20.

“I feel like you have to kind of win over people before they take you seriously as a musician, not just like – ‘You’re good for a kid,’” Leonie says. 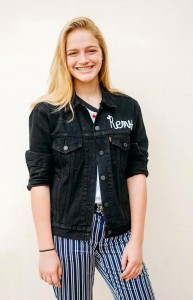 Remy Reilly (15) is one of the region’s top young talents.
Photo: Courtesy artist.

Remy Reilly knows the feeling. She and Leonie are friends. And they’ve talked about being pre-judged by booking agents.

“Sometimes they don’t believe that you’re good enough or you’re up for it because of your age,” says Reilly.

The 15-year-old has been performing in North Texas since she was 11. And Reilly says she knows lots of teen musicians who are battling bias. But one person they’ve turned to for support is Amy Miller.

“I’m just so impressed every time that I get submissions from them because the music blows me away,” Miller says. “I mean, I’ve gotten music from 14, 15, 16-year-olds that sounds like people who’ve been doing it for decades.” 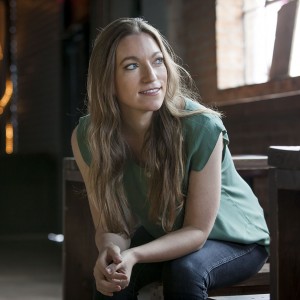 Miller’s the host of The Local Show on KXT 91.7 FM. She was also the first deejay to play Reilly on the radio. Miller played a song called “26” from the high-schooler’s self-titled, five-song EP. And she agrees that being young can definitely work against the region’s teen musicians.

“I think it can be difficult,” Miller says. “I think there are some promoters who are hesitant about booking teenagers to play their venues. But, you know, they prove themselves right there when they start singing.”

Another issue these young artists face is establishing relationships – professional and personal.

“People that I feel like I’m at the same level as, but they are seven years older, can have different relationships with promoters or producers,” Leonie says. “It’s more like a peer level of respect.”

Leonie says the age difference makes networking harder than it has to be. And sometimes she worries that it has an effect on her career because she knows that some collaborations are born late at night, over a couple of beers and in a music studio.

“Like I can’t just hang out with people that I work with because that’s like a 36-year-old man and I’m a 17-year-old girl,” she says.

That age difference really concerned Leonie’s mother, Jennifer Wright, too. During the day, Wright is an educator. But at night she helps to manage Leonie’s career.

“Yea! Lots and lots of anxiety initially,” Wright says. “But Frankie’s good kid. And once we started going to shows and visiting the music studio, I learned to trust the people she was working with I could breathe easier. It’s just hard because she wants to be on their level too. It’s understandable.”

Reilly also worries about the age difference between her and her collaborators. But because she’s a little younger than Leonie, for now, she’s comfortable in a “little sister” sort of role.

Even though Reilly is up for learning from older folks in the industry, she says school is often the largest obstacle. According to Reilly, on the days she has a performance, she gets up at 5 AM. Then she’s got an 8-hour school day. And obviously, her nights can be very long.

“I get home 12 or 1 AM, even later sometimes,” she says. “Then I get home and I still have to do my homework. So I end up really getting about two hours of sleep sometimes. BUT! It is all worth it.”

Leonie dealt with the same issue Wright says, “It was stressful. I mean, there’s a really fun side to all of this. But there is also a real side where your kid is not motivated to go to school. She just wants to do music. They’re tired. Frankie just wasn’t seeing the point of continuing her education.”

“I missed a lot of school because I would have to load in somewhere at 5:30 PM in downtown Dallas,” Leonie says. At the time she was attending high school in Richardson, “so I would miss the last two periods of the day or I would have a show super late so I would miss a whole day.”

It was because of these issues that she opted out of traditional high school and started taking classes online. And she graduated 13 months early.

Reilly says she might be looking for a similar route for dealing with her late nights and early school days. But for now, these young artists are simply rolling with the punches. And all of these obstacles are merely lessons that they think are preparing them for a lifetime of music-making.