Skip Navigation
Home > ArtandSeek.net > All The Drama In An Embattled Newsroom

Two North Texas playwright spent months following journalists at ‘The Dallas Morning News’ as they covered stories – and went through layoffs. Then they turned all that into a stage drama. KERA’s Jerome Weeks spoke with one playwright and a reporter about the experience and what it reveals about newspapers today.

‘Playwrights in the Newsroom,‘ presented as part of The Elevator Project at the Wyly Theatre in the AT&T Performing Arts Center, through March 15.

The idea of embedding playwrights into the ‘Dallas Morning News’ newsroom came from Lauren Smart — who teaches journalism at SMU — and Tom Huang — an editor at the DMN. And they approached you, Janielle, and your partner, Brigham Mosley. But both of you are not news junkies.

So what attracted you to this?

Kastner: I was really attracted to getting access to what felt like to me like a closed space. I’m really fascinated in all art forms when you have access to a room with people who don’t know that you’re watching them. That’s, like, all of theater for me. And so getting  to watch a space like a newsroom that I didn’t know how it functioned, what makes them tick, what they talk about when no one else is around, was really intriguing to me. 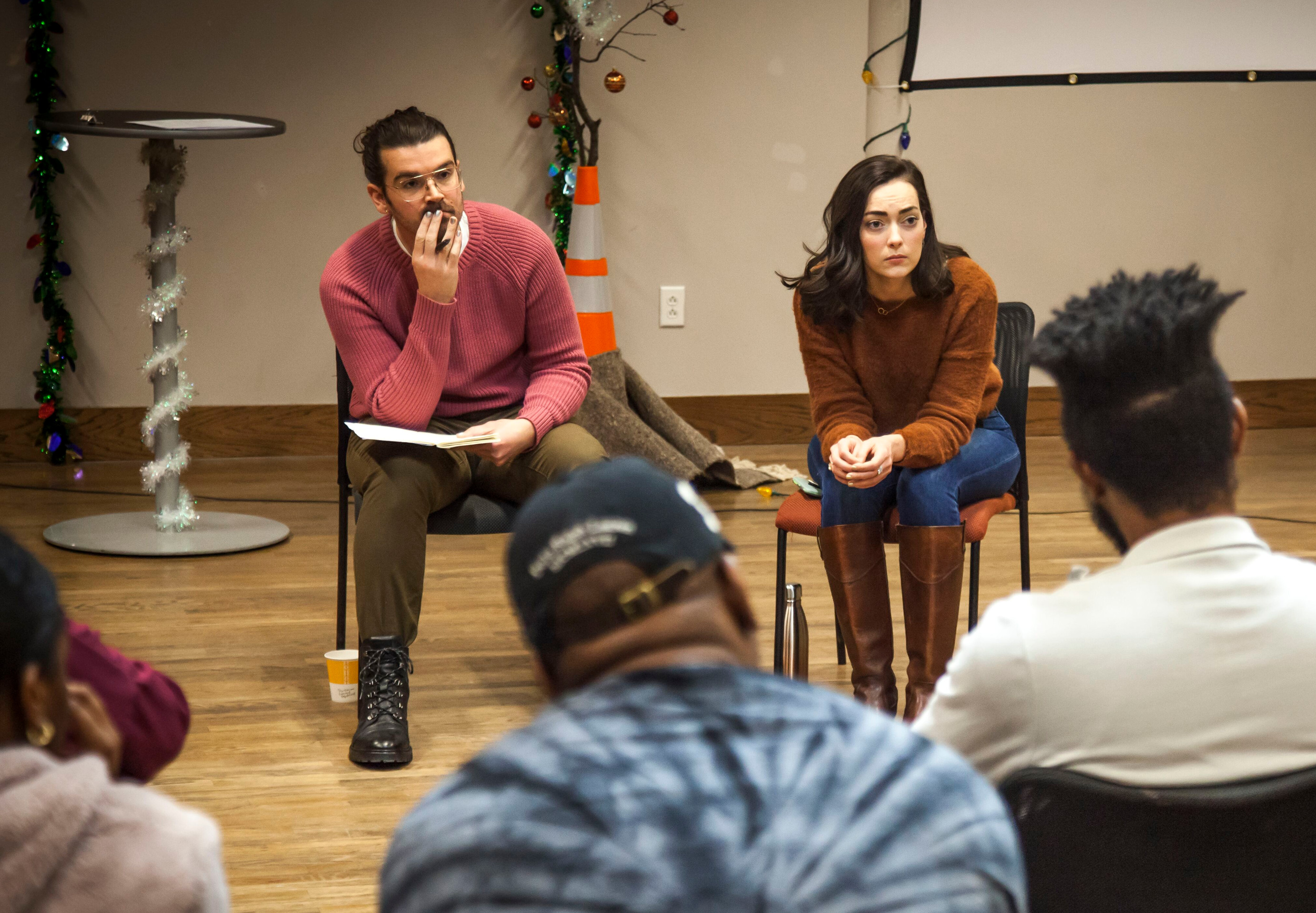 The play, ‘Playwrights in the Newsroom,’ is a look into daily journalism, but it’s also rather ‘meta.’ It’s about you — the two playwrights — as you interview editors and reporters and community leaders. Was that always the plan?

Kastner: It was not always the plan — at all. I wanted to write a play about journalists and the internal tensions inside a newsroom. And then Brigham, my co-writer, his background is, like, queer solo performance work. And so he processes things through his own lived experience. So he was writing about the feeling of walking into a newsroom.

So it became really clear early on that what we were learning wasn’t nearly as interesting as how we were learning it. And there’s a beautiful moment when Brigham gets to confront the difference between opinion vs. news. And getting to be in the room and watching that happen, I realized, like, ‘Damn, this is a good scene.’

Cassandra, when the principles of journalism are the cause of such heated public arguments today, what was it like having someone poke into your business?

Jaramillo: When Brigham and Janielle first came in, I was, honestly, a very new reporter at ‘The Dallas Morning News.’ It was something that took me awhile to think about — ‘OK, at the end of all this, they’re going to write a big story or something?’ But it was very nice having them in the newsroom.

And then I moved over to the cops beat. And I felt bad at times when I had to cancel meetings with them because it was so busy. And given the nature of my work, I actually did not allow them to follow two interviews because, y’ know, I’m trying to protect sources who reveal information. But at the same time, they picked my brain about what it’s like being a reporter and y’know, as a woman of color in the newsroom, which is so fascinating. 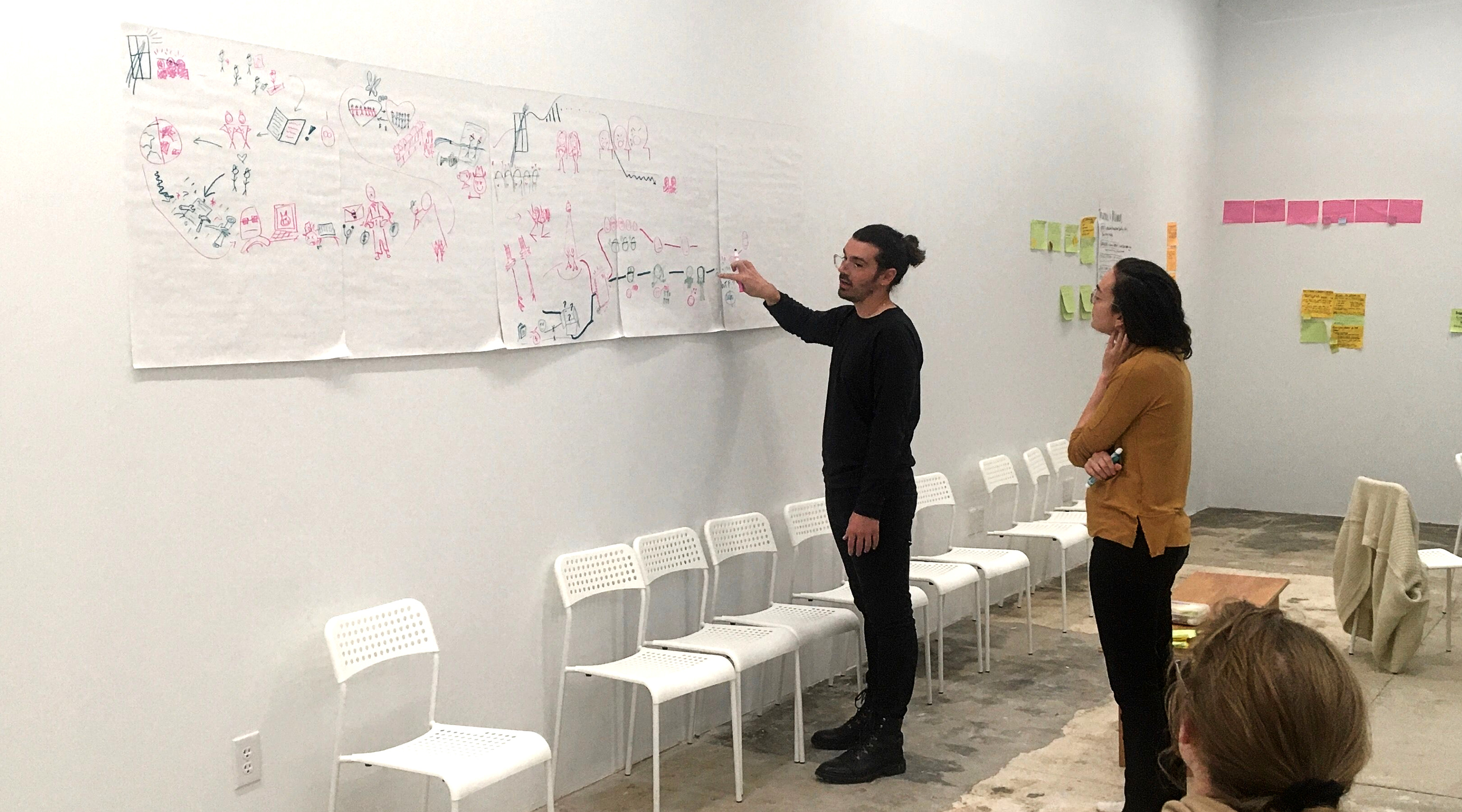 Mapping their way out of the chaos: Mosley and Kastner planning ‘Playwrights in the Newsroom.’ Photo: John Ruegsegger

Partway through the play, we come to ‘The Dallas Morning News’ layoffs. And the play changes, in some ways for the better, because all of a sudden we have to deal with people losing jobs and the whole decline of the newspaper industry. Cassandra, what did that feel like?

Jaramillo:  Before I saw the play, I did wonder, are they going to include this very real part of our story that’s really painful? And I appreciated the fact that you guys did include it. I think that nails the ongoing crisis that we’re facing at the newspaper. And I think it was something that people did need to see. And I think it really resonated with the crowd. Of course, for me as a journalist, it was such a painful day. And it still is today because there are consequences from those decisions that had to have been made.

At different times in the play, different journalists are asked, ‘What if this fails?’ Not just this newspaper but big-city daily journalism, journalism as a watchdog requiring experienced professional reporters holding government officials and business leaders to account.

What if that fails? And the reply is always, “Democracy dies, corruption flourishes.”

Janielle — do you believe that?

Kastner:  Yes, absolutely. I didn’t before this project.

I really just changed my relationship to thinking of journalists as watchdogs. I mean, it moved the conversation for me from a national level — which is so heated and political. It brought it local to me. It’s my city — and the people that I care about. 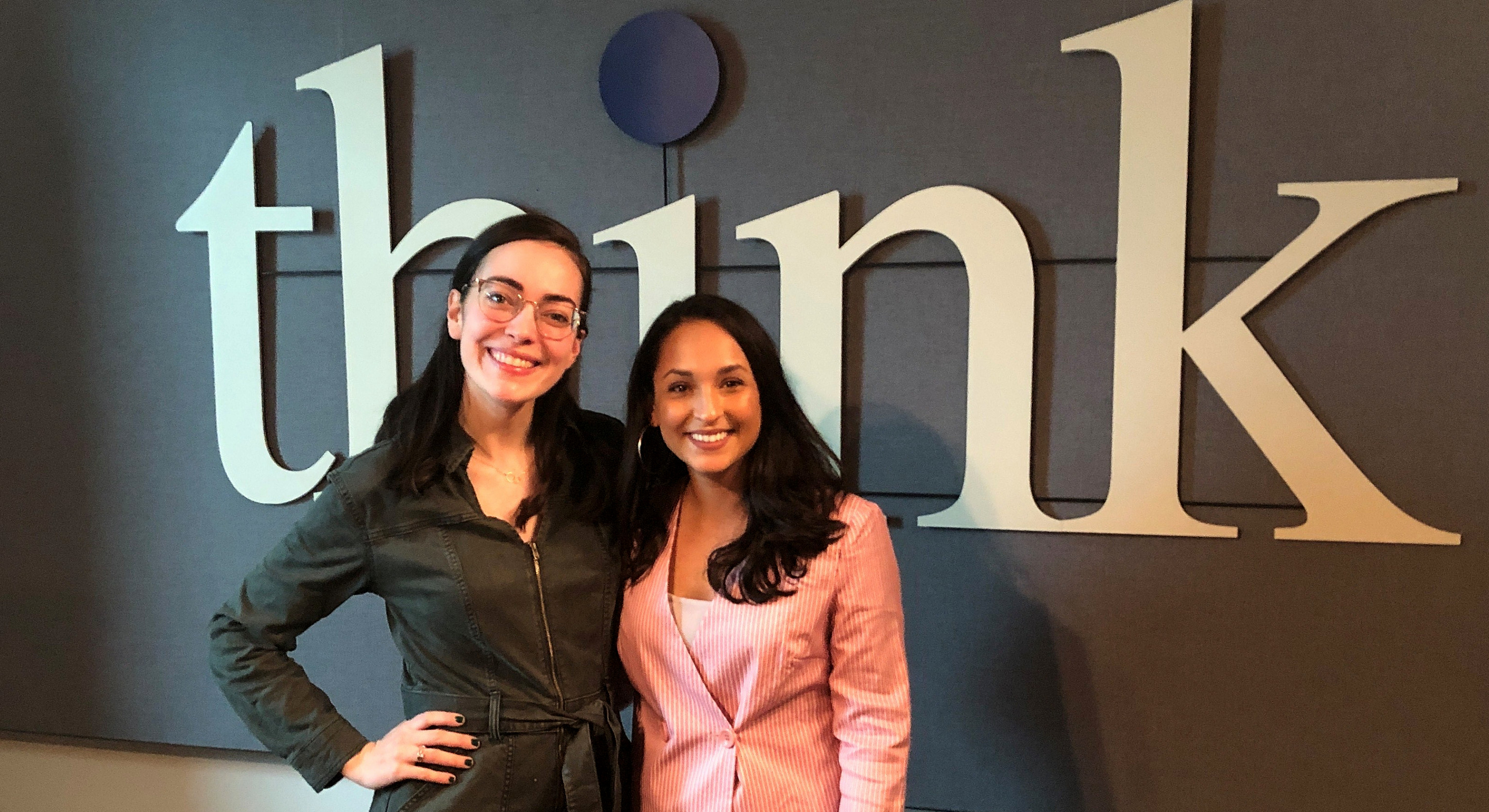 Jaramillo: I would be lying to you if I didn’t say that  it’s scary as a journalist. I love my job. I cannot see myself doing anything else except what I do today. But I think people in Dallas are starting to see that being a subscriber has bigger implications for this city — very much the way that the play describes.

To read more about how today’s public-service-minded print journalism came about, why it flourished only in the past century, how the internet is not replacing it or hardly saving it and what kind of future economic model might work — I highly recommend former Columbia University journalism dean Nicholas Lemann’s essay, ‘Can Journalism Be Saved?’ in the February 27th issue of ‘The New York Review of Books.’  But speaking of economic models, that story is behind the NYRB’s paywall. You can still read it here — albeit in a much less attractive format.