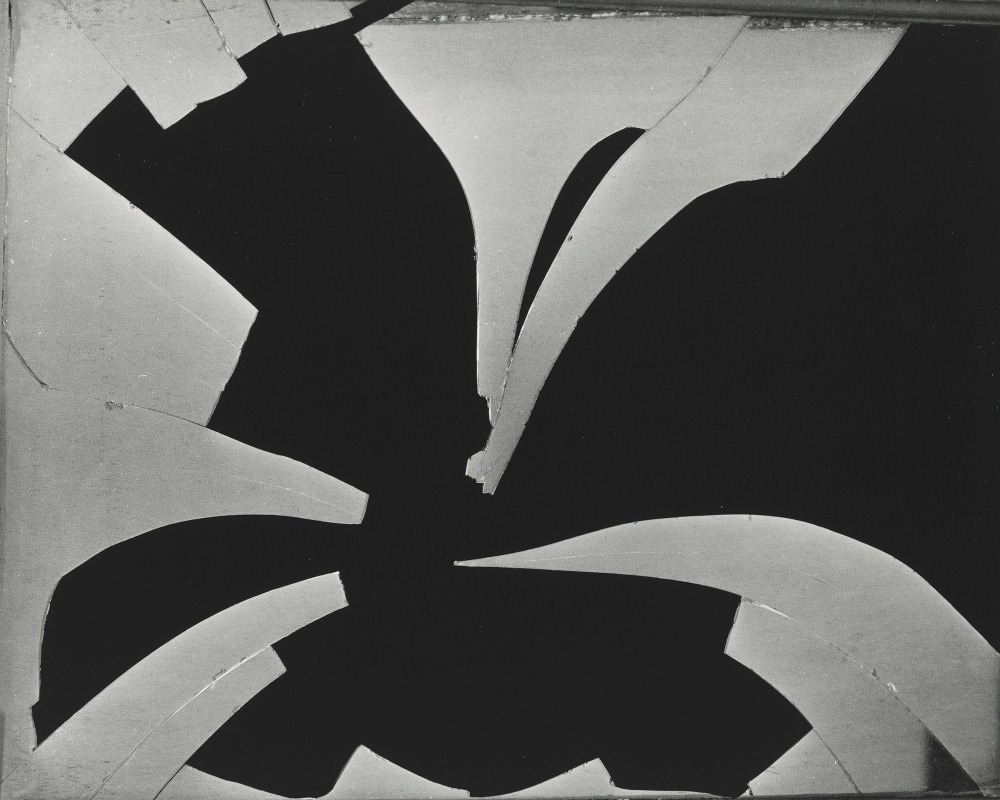 Adding to its extensive collection of American photography, the Amon Carter Museum of American Art announced today that it’s received a generous gift from the Christian Keesee Collection, which holds the most complete archive of Brett Weston‘s work in existence. A son of the great photographer Edward Weston, Brett Weston began working with cameras as his father’s apprentice when he was thirteen. His career would eventually span from 1925 to a few months before he died in 1993.

The core of the gift to the Amon Carter include abstract images Weston created between 1960 and 1971, his best-known period, as well as urban images of San Francisco in the ’30s and some of his famed photographs from Hawaii in the ’70s. The Carter has been connected to Weston for 50 years — in 1966, the museum’s first director, Mitchell Wilder, curated ‘Brett Weston: Photographs.” One work in this acquisition, Weston’s photo, ‘Wire and Glass’ (1974), will be on view through January 18th as part of ‘Focal Points: New to the Photography Collection.’

FORT WORTH, Texas—The Amon Carter Museum of American Art announces the acquisition of 46 photographs by Brett Weston (1911–1993), one of the most acclaimed American photographers of the 20th century. A generous gift from the Christian Keesee Collection, this acquisition enables the Amon Carter to amplify its current holdings of Weston’s photographic strength—vivid, graphically driven abstraction—and add key works from other parts of Weston’s career, including his early San Francisco street views, his wartime work in New York, and his heralded late-career Hawaiian plant studies.

Each of the great photographer Edward Weston’s four sons followed in their father’s footsteps as artist-photographers, but Brett was the one who most wholly embraced that path and gained the most renown for his art, thanks in part to his father’s extensive encouragement.

“Brett Weston’s artistic legacy has been entwined with the Amon Carter since our early days,” says Andrew J. Walker, director. “The museum’s first director, Mitchell Wilder, corresponded with him in the 1960s as several of his father’s works entered the collection, followed by the exhibition Photographs of Edward Weston in 1965. In 1966, Wilder curated Brett Weston: Photographs, an exhibition of 100 works.”

The main core of the gift includes Weston’s abstract photographs created between 1960 and 1971, the period for which the artist is best known today. During these years, under the influence of Abstract Expressionism and his friend Ansel Adams’s successful embrace of increased contrast, Weston willingly heightened the contrast of his photographs and drew attention to the world’s engaging patterns. Yet just as important are key examples from other parts of the photographer’s career, for example his work from the 1930s when he was living in San Francisco and trying to differentiate himself from his father by taking up urban themes. “A street scene created by the young photographer called Buildings and Power Lines, San Francisco is reminiscent of Edward Hopper’s paintings in its strongly angled light, boxy architecture and palpably anxious emptiness,” notes Rohrbach.

After being drafted into the Army during World War II, Weston was assigned to the Signal Corps and stationed in Queens, New York, under the command of photographer Arthur Rothstein. Rothstein appreciated Weston’s talents and restlessness and gave him simple, quick assignments; Weston took full advantage, working not only with an 8-by-10-inch camera but also experimenting with an 11-by-14-inch view camera.

“When considering Brett Weston, we generally do not think of city views and certainly not views of New York,” says Rohrbach. “However, several of the photographs in this significant gift show him fascinated with New York City’s overlapping form, much like Paul Strand and Alfred Stieglitz before him.”

A 1951 photograph of a plant growing up through a fence and a 1963 image of the Big Sur Coast reveal the continuing hold that West Coast landscape traditions had on Weston. The former could just as well be by Ansel Adams, while the latter mirrors views made by Wynn Bullock and Minor White a decade earlier.

Weston gained modest acclaim in the mid-1970s for another series of 11-by-14-inch view camera images of city architecture. To make these images, he focused closely on the sides and up the faces of buildings, highlighting their modern steel and glass designs and attending particularly to the distorted reflections that counterpointed their steel frames.

Multiple images in the acquisition reflect Brett Weston’s love for Hawaii. The photographer spent much of the last decade of his life on the island. There, he repeatedly created close-ups of leaves and tropical plants whose inky black rhythms leap forward like musical exclamations of swirling activity.

Focal Points: New to the Photography Collection, on view through January 18, reveals how artists have mutually embraced and questioned the nation’s enduring ideal of a land of opportunity. Included in this exhibition is one of the works from the acquisition, Weston’s photograph Wire and Glass (1974). Amon Carter visitors will have another opportunity to view Weston’s work in the fall of 2016 in an exhibition featuring photographs from the collection.

About Brett Weston (1911–1993):
Brett Weston was born in Los Angeles in 1911. In 1925, his father, Edward Weston, removed 13-year-old Brett from school and brought him to Mexico for a year to be his studio and darkroom assistant. He thrived in Mexico meeting Frida Kahlo, Diego Rivera, Jose Clemente Orozco and his father’s artistic muse, photographer Tina Modotti, and found a new passion in photography. Edward initially gave his son a camera to keep him occupied, but he quickly realized that Brett had a good eye for pattern. In the midst of that artistic ferment, Brett gained intensive training in photography and found his artistic vision. A mere four years later his work was accepted alongside that of his father’s in the influential German exhibition Film und Foto, celebrating the best in contemporary modern photography.

Over subsequent years, Brett Weston built a career out of shooting photographic portraits, taking on scattered commissions and periodically producing small-edition portfolios of his art photographs. On the side he would occasionally develop negatives for his father or help him with printing. In between, he applied for and was awarded an artist fellowship in 1947 from the Guggenheim Foundation to make his own fine art photographs up and down the East Coast.

Weston lived at various times in San Francisco, Los Angeles, New York and El Paso, Texas, but he kept returning to the Carmel region of California, making that locale his true home. Many of his most successful and heralded photographs come from this central California coastline. By the early 1960s he was making enough money off print sales to allow him to travel to make photographs on the West Coast, including to Baja, California, and across western Europe. In the 1970s, he added Japan, Alaska and Hawaii to his itineraries. He made his first trip to Hawaii in 1978, and from that point on spent most of his time there, building a second home in 1980 and dying in Kona in January 1993.

About the Amon Carter’s photography collection:
The Amon Carter Museum of American Art houses one of the country’s important collections of American photographs, spanning the full history of the medium. An integral part of the institution’s programming since its opening in 1961, the photograph collection complements the museum’s holdings of paintings, sculpture, works on paper and illustrated books. The collection contains more than 40,000 exhibition-quality photographs, dating from the mid-nineteenth century to the present, as well as the photographic archives of Carlotta Corpron, Nell Dorr, Laura Gilpin, Eliot Porter, Helen Post, Clara Sipprell, Erwin E. Smith and Karl Struss.