Art&Seek Jr. is one mom‘s quest to find activities to end the seemingly endless chorus of the “I’m Bored Blues” while having fun herself.  Impossible you say? Check back on Tuesdays for kid-friendly events that are fun for adults, too.

Even if you aren’t much of a theater person, this is the one time of the year you owe it to yourself to make an exception. So many of the companies in our neck of the woods pull out all the stops for their productions during the holiday season. Colorful costumes, amazing dance numbers, traditional carols, and falling snow in the theater are just some of the things you can expect when you go to see a holiday play. It’s also the one time of the year where there is an over-abundance of family-friendly shows–so many in fact, that it’s difficult to choose.

Last week we featured  holiday dance picks, so this week we’re shining the spotlight on theater and seasonal concerts.

Somehow it wouldn’t be Christmas without Ebeneezer Scrooge. Just like his evil cousin, the Grinch, he reminds us that even though the holiday shenanigans might not bring out the best in us (like the stupid traffic at the mall), You always need to seek out what’s important about the season. Experience the crusty curmudgeon up close and personal in Scrooge the Musical, Dec. 17 – 20 at the Courtyard Theater in Plano. The North Texas Performing Arts and Plano Children’s Theatre have joined forces for the fifth year in a row for this musical adaptation of the ‘Christmas Carol.’ Special surprises before each show include: Christmas carols with the cast and crew, a “last chance” to meet with Santa in his workshop, and treats and gifts. There will also be after-show tours featuring Scrooge and the rest of the cast. 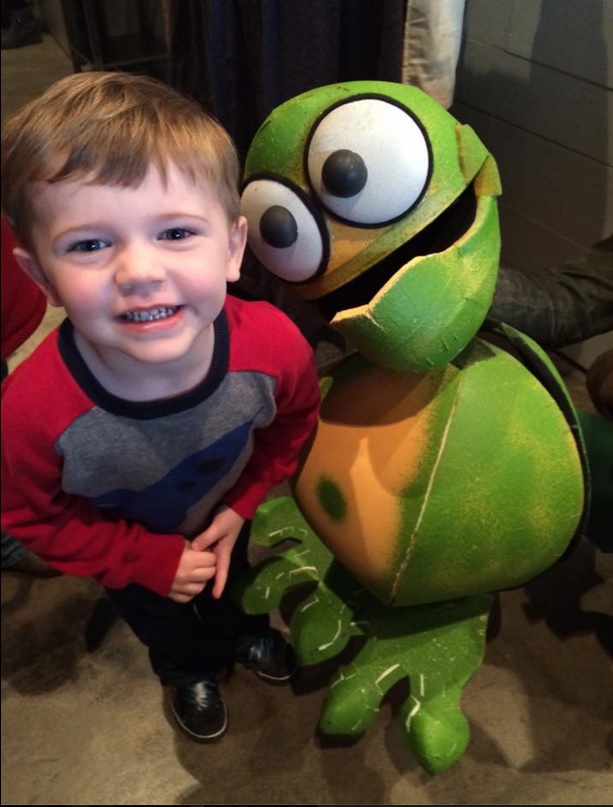 Jack is a superfan of ‘Hershel and the Hanukkah Goblins’ pickle goblin. Photo: Shelley Kenneavy

The poor villagers are about to have yet another Hanukkah ruined by the pesky, holiday-hating hobgoblins. Every year the little monsters blow out menorah candles, break dreidels and throw the potato latkes on the floor. Just when it looks like all is lost Hershel saves the day. The clever boy outwits the little varmints and manages to break the spell. This production of ‘Hershel and the Hanukkah Goblins’ at Amphibian Stage Productions in Fort Worth features original klezmer score, a amazing puppetry (including one really big puppet and a pickle puppet) and cool visual effects. The show opens this Friday and runs weekends through Dec. 20.

Puppet shows can be a great introduction to the theater for little kids. They’re not too long, not too loud, and not too complicated. They’re just right for young theater-goers. Plus, everyone is understanding if you have get up in the middle of the show to go potty. A sweet holiday puppet show for you and your tinies is  Winter Wonderland which is going on right now through Jan. 3 at the Hilton Anatole Hotel. The musical variety show presented by Geppetto’s Marionette Theater features a cast of over 60 hand-carved marionettes, a sing-a-long, audience interaction, and snow over the audience.

As it turns out, Hershel isn’t the only holiday hero. Snegork, Santa Claus’ daughter, saves Christmas by finding her father’s lost reindeer and then riding the lead reindeer herself on his appointed rounds. OnStage in Bedford’s presentation of ‘The Daughter of St. Nicholas’ is actually a play-within-a-play set in 20th-century Russia. A colorful group of well-meaning, but flawed actors set out to perform the classic Russian fairy tale in their small theater, but all sorts of hilarious antics and tantrums take place behind the scenes leaving everyone wondering if the show really will go on. The show is just under an hour which makes it the perfect primer for the little theater-goers with short attention spans. The show runs through Dec. 20. 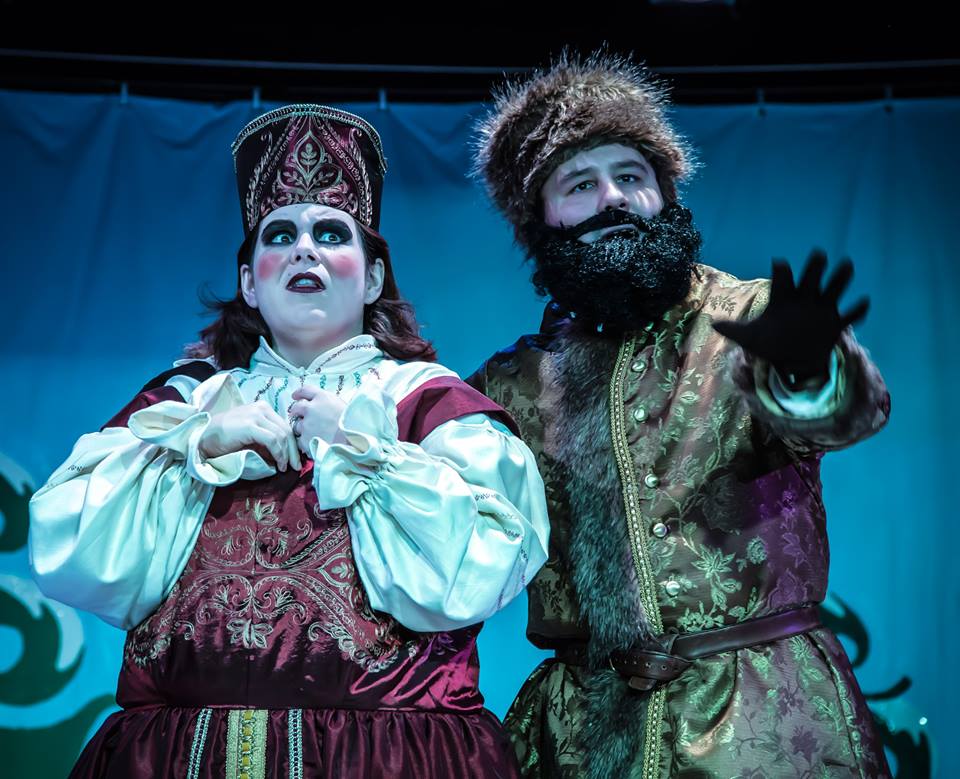 Can Christmas be saved? Find out in ‘The Daughter of St. Nicholas.’ Photo: OnStage in Bedford

Everyone has a favorite holiday movie. You know, the kind that gives you the warm fuzzies when you find it unexpectedly on TV late at night when you’re clicking around. Here’s a chance to see three of your film favorites come to life on stage:

The tinies will love Dallas Children’s Theater production of ‘Miracle on 34th Street.’ This very merry play is back by popular demand for its second year. The tale of Santa doubting 7-year-old stays very true to the classic film, with the exception of an elf chorus that sings Christmas carols at various points in the play. The effect really warms your heart. Beside great theater, another perk of a show at the DCT are autographs with the performers after the show. Can you think of a better way to meet Santa? You’ve got one more weekend to see Kris Kringle make the world believe so don’t wait to get tickets.

Does the phrase, “you’ll shoot your eye out!” make you want to laugh out loud? Then you won’t want to miss Allen Community Theatre’s production of  ‘A Christmas Story.’ Follow Ralphie Parker in his quest for a Red Rider BB gun, his run in with the evil Scut Farkus, and of course, his father’s love affair with a leg lamp. The show runs through Dec. 20. 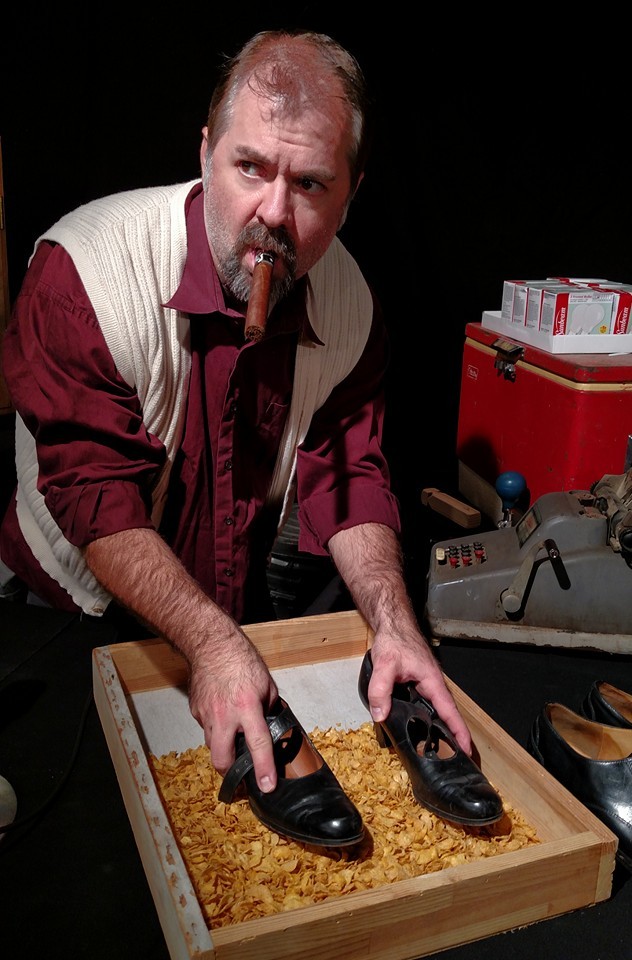 Lovers of classic holiday films, know they don’t come any better than ‘It’s a Wonderful Life.’ The story of how every life touches another is as ageless and relevant today as it was back in 1947. See Rover Dramawerks bring this American masterpiece to life as a live 1940s radio broadcast. ‘It’s a Wonderful Life Live Radio Show’ features live sound effects on stage, original music, and all the roles from the movie are played by just five actors. The radio play runs through Dec. 20 and there is also a special matinee Christmas Eve. 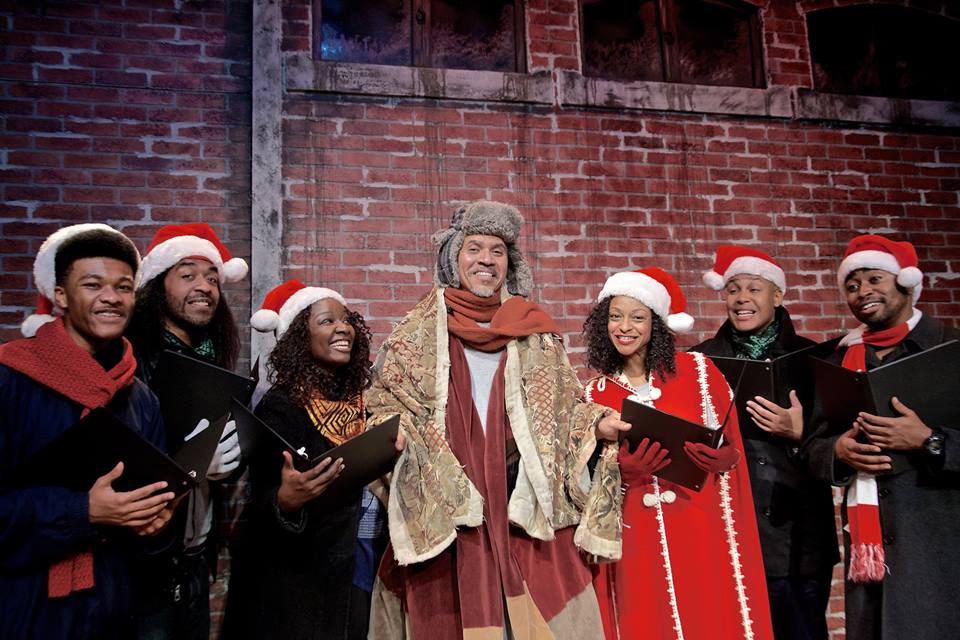 You’ll be full of the holiday spirit at ‘Do You Hear What I Hear? A Jubliee Christmas’ Photo: Jubilee Theatre

If you’re finding it hard to get in the holiday spirit, Jubilee Theatre in Fort Worth has just the solution. ‘Do You Hear What I Hear? A Jubliee Christmas’ is not just any ordinary holiday show. It’s a musical extravaganza of  numbers performed in an exuberant style that the Jubliee is so famous for. After this show you can’t help but be joyful. The family-friendly show has weekend performances through Dec. 27 including a special Christmas Eve show. Don’t wait to get tickets. It consistently sells out.

In addition to the boatloads of great theater, I’d be remiss if I didn’t mention these fabulous holiday events happening this week, too.

The City of Dallas is getting all tinseled up for its Deck the City Hall event at City Hall Plaza this Saturday. You and the little kiddles can enjoy music, food trucks, train and carriage rides and photos with Santa. Plus there will be outdoor ice skating on the plaza!

Head to the Central branch of the Fort Worth Public Library this Sunday for a Nutcracker Suite Concert. The holiday show features big-band style swinging arrangements of holiday favorites and Duke Ellington’s version of the Nutcracker Suite.

Speaking of holiday concerts, you can stroll through the beautifully lit Vitruvian Park  this Saturday night and then enjoy a free concert featuring the Chris Rivers Band.