If you’re the type of person who loves all things red, white and blue and can’t wait to get out and celebrate, then you’re in luck. The Art&Seek Calendar has a Megalist of Fourth of July fun. Here are some highlights of some of the best events this three-day weekend; and a handy-dandy list of what night the displays happen in your area. 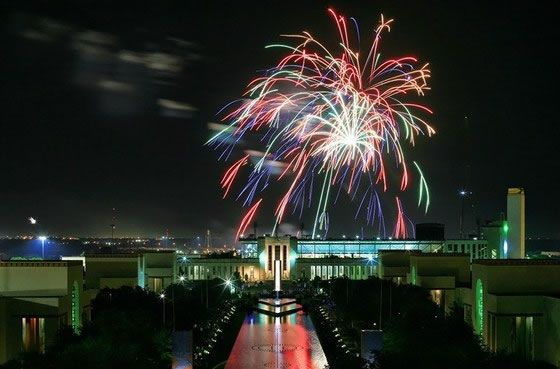 Besides fireworks there’s also a whole bunch other fun stuff going on this holiday weekend. Here’s a sampling. 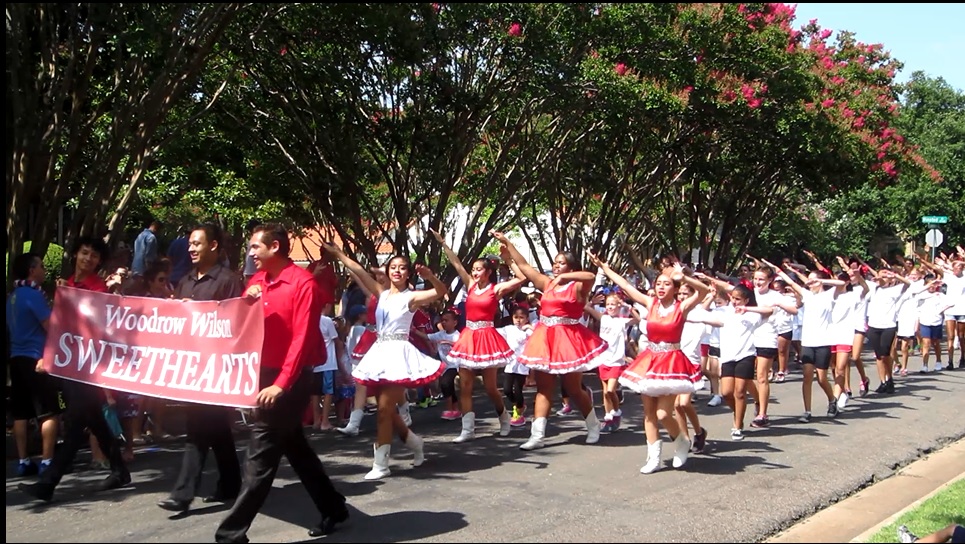 Cheer for the home team at the Lakewood Parade. Photo: Therese Powell

It just wouldn’t be the 4th of July without a parade, and the famous Lakewood Parade is one of the best around. It has great small town appeal and is a great “starter” parade for those of you with small children who might be overwhelmed by a larger parade. The Lakewood parade started way back in 1964 with just a few neighborhood kids on bikes. Since that time it’s expanded to include the whole neighborhood, and some say most of East Dallas. The theme this year is Lakewood Dreams Big in Red, White and Blue and it kicks off on Monday at 10 a.m. at the intersection of Lakewood and Cambria in East Dallas. There will be numerous awards given out for the best floats and costumes and I’m told there’s a strict “no squirt guns” policy, so consider yourself warned. 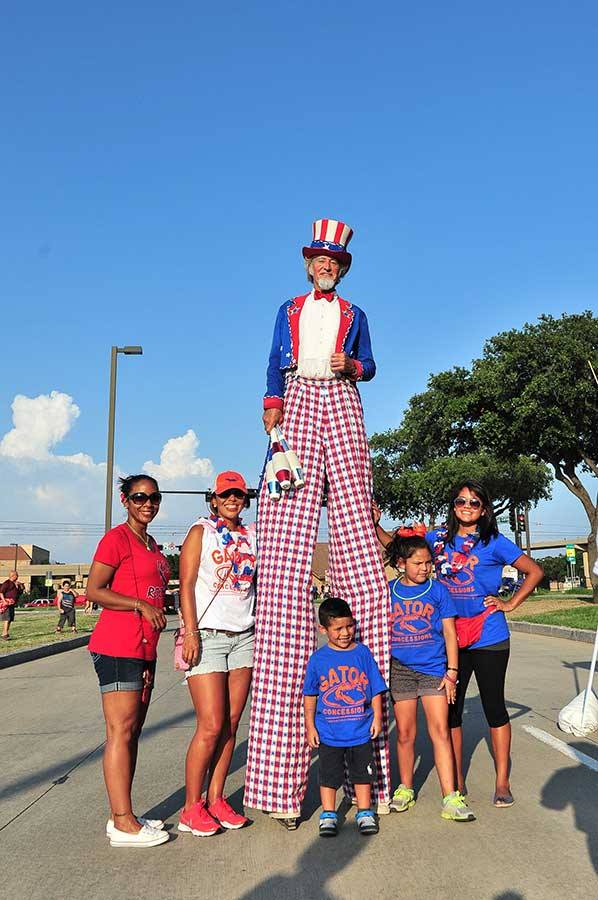 Be sure to snap a selfie with Uncle Sam at Irving’s Independence Day Celebration. Photo: City of Irving

Like your celebrations a little bigger? Check out Irving’s Fourth of July Celebration. Start the day with the city’s community award-winning parade which features floats, costumes and custom vehicles. After the parade, cool off at the free watermelon reception and concert at Heritage Park in beautiful Downtown Irving. When the sun goes down, head to Lake Carolyn for the evening’s festivities–a free kid’s zone, food trucks, and a spectacular fireworks show. Uncle Sam himself will be working the crowd so be sure to have camera ready. 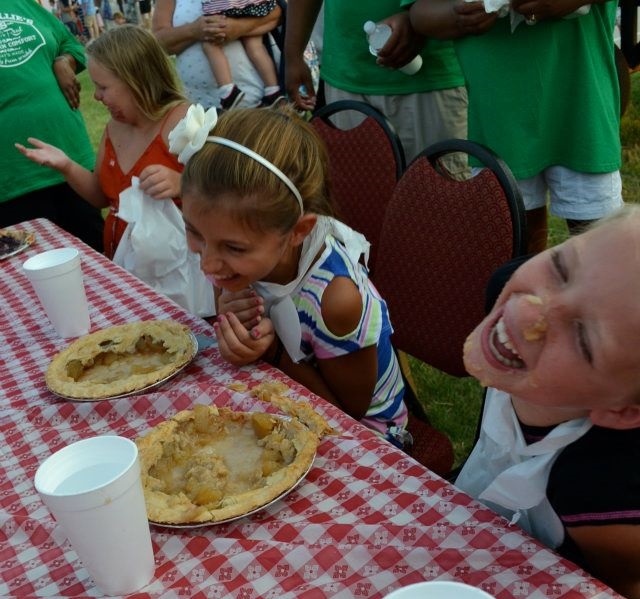 What could be more American than pie? I’ll tell you. A pie eating contest. It’s the perfect combination of what we Americans love best: Pie and a competition involving pie. Get those competitive juices going–literally–at the Annual Red, White & Blue Pie Eating Contest this Saturday at the Independence Day Celebration at Farmers Branch Historical Park. Presented by Uncle Willie’s Pies, you and the kiddos can compete for pie-eating gold and feel good about it too because 100 percent of the proceeds go to support local military charities.

If pie isn’t your thing, but you still want to put your mad eating skills to the test, check out the 5th annual Watermelon Eating Contest that happens Saturday at the Liberty By The Lake Festival in The Colony. If you’re more of a carnivore, don’t miss the 6th Annual 4th of July Hot Dog Eating Contest on Monday at Curly’s Frozen Custard in Fort Worth. Both contests will fill up so get there early if you want to to compete. 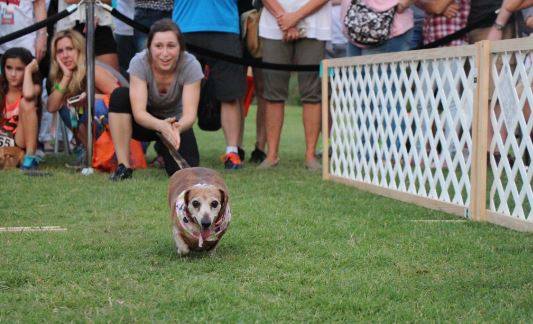 Speaking of hot dogs don’t miss the Third Annual Dachshund Dash. That’s right, weenie dogs will go for the gold, which benefits the Collin County Animal Shelter, in this warm up for the Hotter n’ Firecrackers 5K Sunday night at Frisco Square. All the proceeds from the event go to the Collin County Animal Shelter. Both events are part of the 2-day Frisco Freedom Fest.

If patriotic music makes you proud to be an American, head to the Fort Worth Botantic Gardens on Saturday, Sunday or Monday for Concerts in the Garden featuring the Fort Worth Symphony Orchestra . You can sit on the lawn or reserve a table and listen to a medley of marches, salutes and songs of American heritage. Afterwards, enjoy a spectacular fireworks show. A word to the wise. Be sure to get to the Gardens EARLY to stake your claim on prime picnic space. 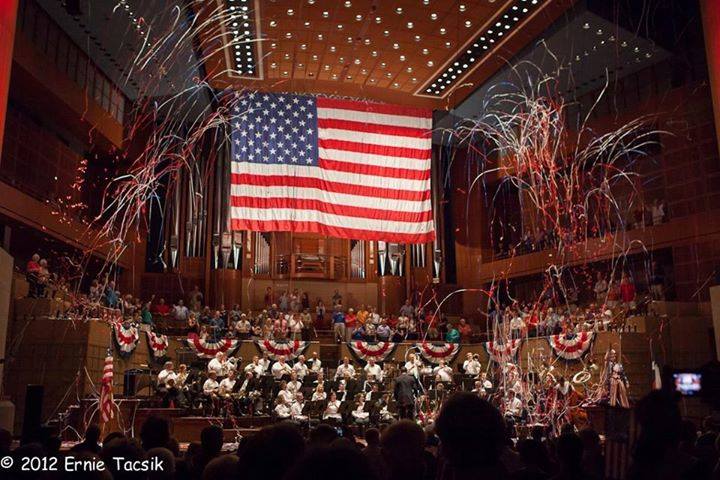 Get inspired at the Meyerson this Fourth of July. Photo: Dallas Winds

Those of you east of the Trinity won’t want to miss the Dallas Winds Fourth of July concert, Piccolos and Patriots: A Star-Spangled Spectacular at the Meyerson on Monday. Besides all your patriotic favorites, they’ll also be breaking the record for the most piccolo players a performance of John Philip Sousa’s “The Stars and Strips Forever.” Plus, they’ll also have indoor fireworks in the form of CONFETTI canons! You can expect plenty of  “oohs” and “ahhs” with this one.