Agree with everything. That’s the first rule of improv. Someone says the sky is purple? Sure. Aliens are invading? Why not! Whatever comes your way, you roll with it.

Eight strangers gather in one of the classrooms at the YMCA in Park Cities on a Saturday afternoon to learn how to do just that — through improv.

They’re here for a beginners class run by the new Stomping Ground Comedy Theatre. The room is quiet. A middle-aged couple whispers to each other. A man in his early thirties checks his phone. Then, Sherry Etzel marches in.

Her charisma lights up the room. She’s already well-versed in sketch comedy and improv, but she’s hoping today’s class will help her in new ways.

Four years ago, her mother was diagnosed with Lewy Body dementia. Deposits of protein build up in the brain and affect memory and cognition.

“For me, seeing my mom – who was a very joyful person – and she’s lost all joy,” she says. “It makes me very sad because you want to be a beacon and an encourager.”

In fact, everyone here is a caregiver.

She asks the group to warm up by walking around the room, making eye contact, hugging, and greeting each other in silly accents. 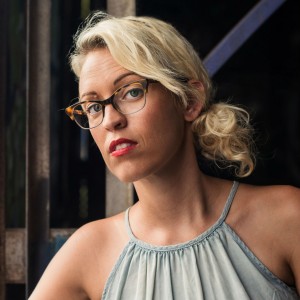 She explains that improv is all about setting aside your ego for the greater good.

“You’re able to do that by listening and trusting your instincts,” she says.

The class is co-taught by Andrea Baum, a licensed counselor and fellow improv actor. She says those principles are exactly how you want to interact with someone who has dementia.

“Really being able to listen to them, to convey empathy, to validate their feelings, to step into their world and really responding in a way that’s useful,” she says. 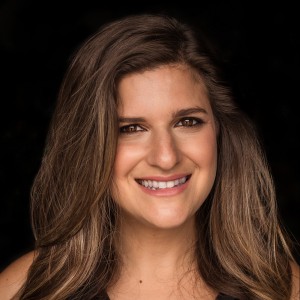 For Baum, the work is personal. Her father has had a brain injury for 17 years.

She says researchers used to think that correcting someone helped ground people with brain injuries in reality.

“Now, we know that to validate can be more helpful,” she says.

The concept of “Yes, And” is perfect for spinning an argument into something playful. It’s a basic improv rule. Anything someone thinks up, the rest of the players follow along.

Etzel’s an only child, and the role reversal that her mother’s dementia has caused has been hard.

“I really realized how little patience I have as I’ve gotten older and especially in this situation because I think my tendency is to want to correct my mom,” Etzel says. “It made me think so what is the big deal and why am I caring about winning at this point?”

Stomping Ground not only provides classes for caregivers. They have workshops for people with dementia, as well autism and anxiety.

This isn’t a new concept. Researchers at Northwestern have been using a similar program called the Memory Ensemble to study improv’s effect on people in the earlier stages of the disease.

“The feedback that we’ve gotten is that it has this increased sense of self-esteem,” she says. “They recognize that they can take a deep breath and use their imagination in order to cope with the changes that are going on every day.”

Morhardt says that for patients in the later stages, improv may be a greater help to caregivers. Baum has come to the same conclusion.

“It keeps the caregiver calmer,” she says. “It keeps the person they’re caring for less stressed. It creates a different dynamic that maybe that relationship never had to begin with.”

Etzel says she also like the sense of community in the class.

“I think there was a camaraderie in that group,” she says. “I thought I was the only one dealing with this.”

Etzel says it’s emotionally exhausting and isolating, so opportunities for her to connect and de-stress are vital.

“If there’s anybody that can use laughs, it’s people who are dealing with being caregivers because a lot of it is flying by the seat of your pants.”

When she’s in good spirits, her mother is likely to follow.