Throughout the 2016 presidential election, security along the U.S.’s 2,000-mile border with Mexico played a substantial role in president elect Donald Trump’s campaign.

But on the border, where a portion of that wall is already built, politics can seem a world away.The Amon Carter Museum of American Art has a new exhibition of photography and music that hopes to provide North Texas audiences a new perspective on the dividing line at the country’s edge. 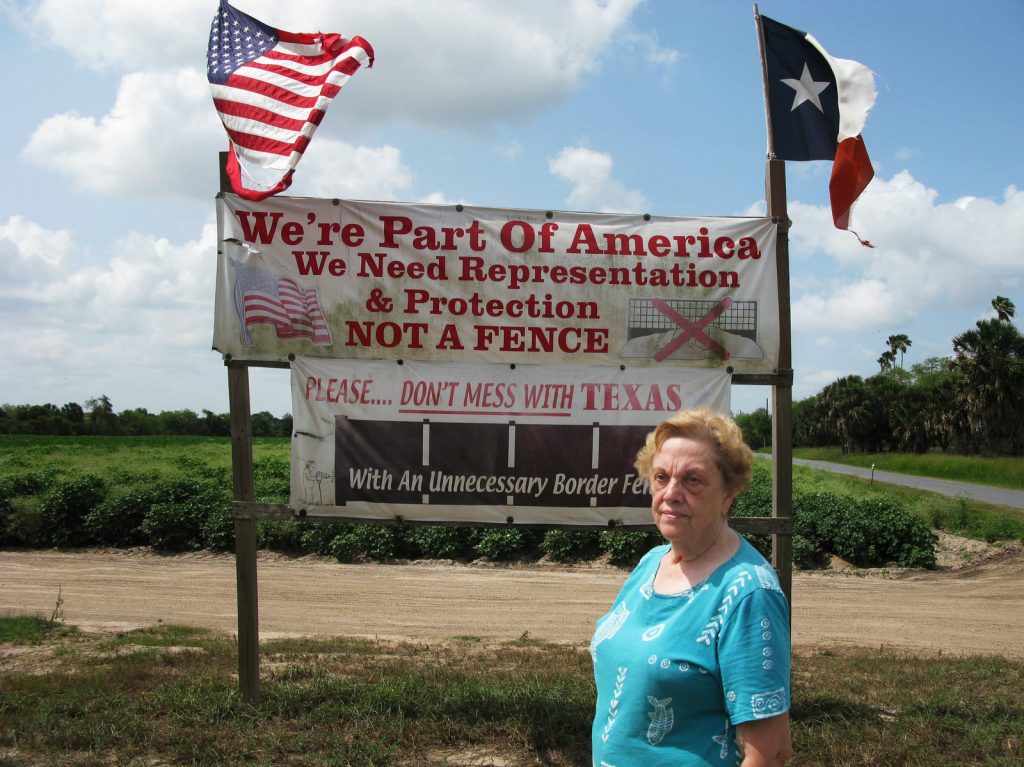 South Texas resident Pamela Taylor lives near Brownsville along the U.S.-Mexico border. Here’s what she has to say about the rust-colored fence the U-S government installed at the river levee near her house: “To me it seems like a useless piece of crap.”

“Take a look,” Taylor says. “They’re walking over. They have boats lined up on the other side of the river to row these people across.”

Taylor says people haven’t stopped making the dangerous trek into the U.S. And when they come, they leave things behind. Photographer Richard Misrach has seen it first hand.

“I bring back artifacts that I find in the desert along the border – it could be a migrant backpack or water bottle, tennis shoes things like,” says Misrach. 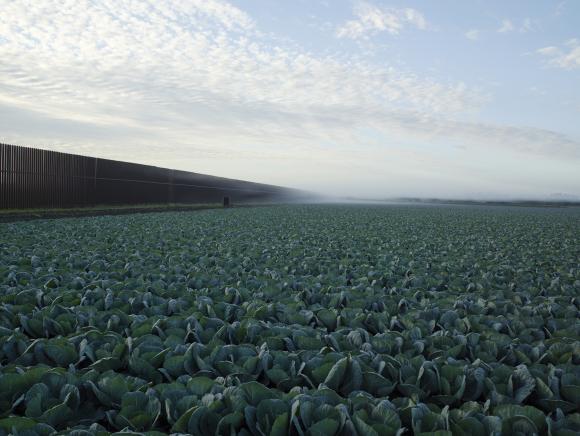 Misrach and artist and musician Guillermo Galindo have collaborated to create the exhibition “Border|Cantos.” It features Misrach’s massive photographs taken along the border, accompanied by music Galindo created using those found artifacts. It’s music played on instruments made of worn shoes, tires, even bones.

Misrach has been photographing the American West for four decades. His work focuses on the points where civilization and nature collide.

He spent a lot time along the U.S.-Mexico Border. After the Secure Fence Act of 2006, he watched the as the giant barriers went up.

“I saw things becoming more militarized,” says Misrach. “And as all of that was sort of expanding very rapidly and I started photographing.”

As of today, about one-third of the border has been fenced or walled off. Misrach says he thinks the effort to close ourselves off from other countries is ineffective and futile.

“The thing about the wall is that getting around it or over it or under it is really not even that hard. And it’s so expensive to build that it’s kind of not really the best use of our money. I don’t think,” says Misrach. 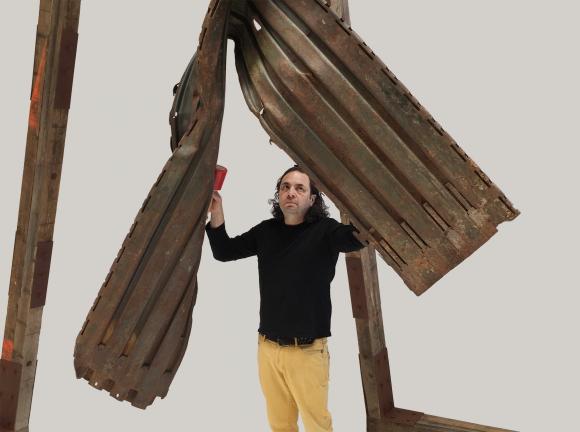 Misrach’s giant landscape photographs of the border wall are now on display at the museum, along with collages of artifacts collected near the wall and the instruments Gallindo’s fashioned from them. John Rohrbach is the museum’s senior curator and he says Misrac provides the look of the border and the evidence of what gets left behind on the border.  Galindo provides the atmosphere.

Rohrbach believes the story they’re telling is especially important in light of the role immigration and the border wall played in the recent presidential election. And he hopes the exhibition makes the border feel more real to audiences. He thinks it can transport people visually and emotionally to the edge of the country.

“It’s about the experience of living along the border and it’s about the passage of people across the border who try not to be seen and yet it continues to always occur,” says Rohrbach.

The folks at the Amon Carter want people to spend time experiencing “Border|Cantos.” Rohrboach says the exhibition cannot be fully experienced in just five minutes. He says you need 20 minutes just to hear Galindo’s compositions. So they’ve come up with a creative way to keep you inside the exhibition. 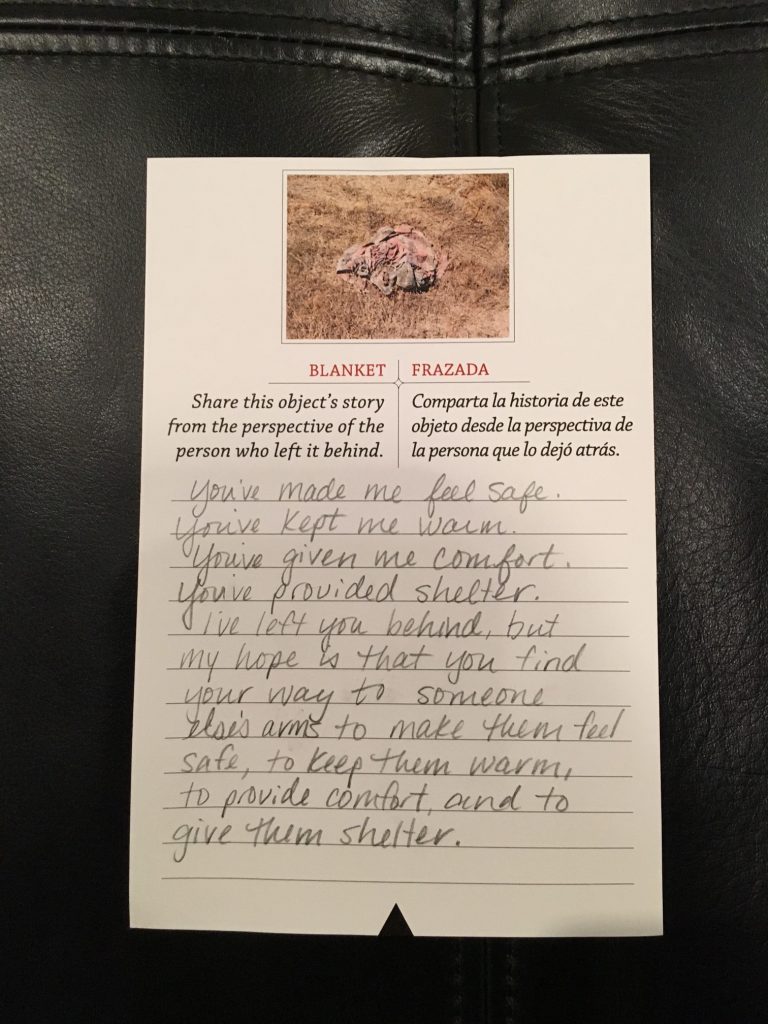 Photo of story written by museum visitor about what they think happened to this blanket.
Photo: Amon Carter Museum

They’ve set up a sort of creative writing station where spectators can look at photographs of items found at the border, and try to tell the story of how it got there. (Hear docent  Will Gillham read one of the stories by clicking the player above.)

The Amon Carter Museum is more than 500 miles away from Mexico, but the issues “Border|Cantos” explores affect Texans every day. So they hope this exhibition gives audiences something to consider.