The Fine Arts Theatre in Denton is a classic movie palace. Yet it sits on the city’s square, mostly abandoned, since a fire in the ’80s. In our weekly State of the Arts conversation, I talked with part of the team that will bring the theater back to life.

Denton artist Martin Iles is a member of Good/Bad Art Collective and a founder of Rock Lottery. Jason Reimer helped rejuvenate The Texas Theater in the Oak Cliff neighborhood of Dallas. Last week, they and a group of partners, including Alex Payne and Axis Realty, announced that they’d made a deal to purchase and restore the building. 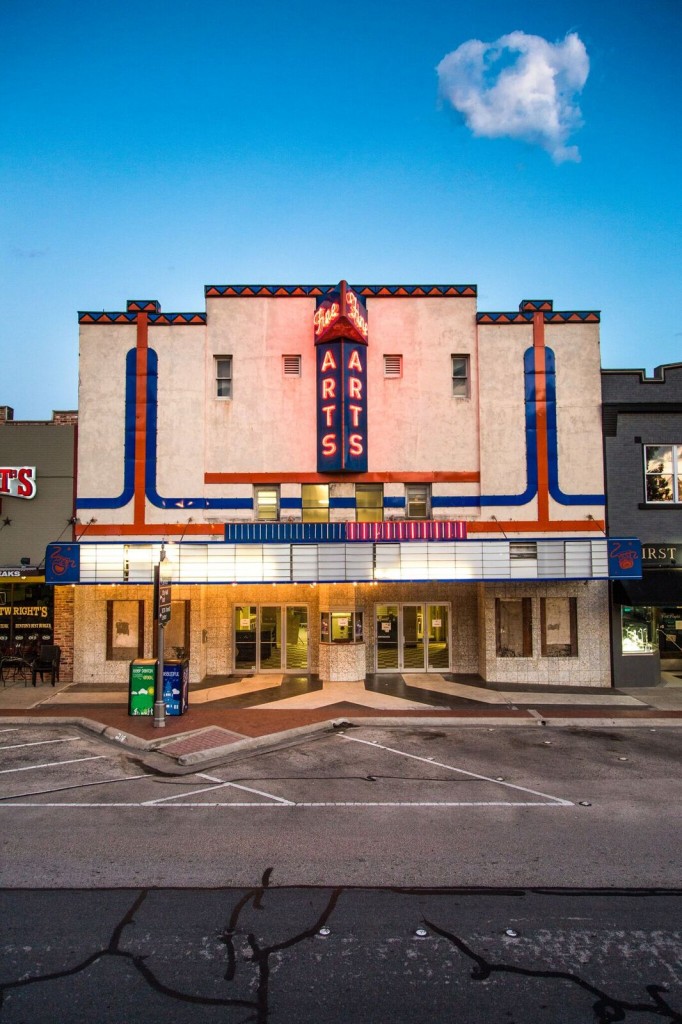 When they stopped by the studio, Iles and Reimer said that this idea was hatched more than 10 years ago, well before Reimer moved to Oak Cliff. Plans by several different groups stalled over the years.

You can click above to listen to the conversation that aired on KERA FM. Here are some excerpts from our chat:

The Fine Arts Theatre has been closed since 1982, yet many people in Denton feel really connected to it and they’ve worried what would be become of it. What’s special about this building?

Martin Iles: Well, I think anytime you have a building that’s well over 80 years old, people are going to have an attachment to it and I feel like that if that building is an entertainment venue you have generations of people going in and experiencing and being entertained by movies, then there’s going to be a special connection there. And to me, that’s almost like a sacred space.

Jason Reimer: Yeah, that’s well said. The only thing I would like to add is  the rarity of those spaces is what is drawing people back to them. You can build a really cool theater now, there is nothing wrong with that either, but you can’t build these spaces, the history that’s in them, and the kind of mystical vibe that is there. It ‘s impossible to replicate it. 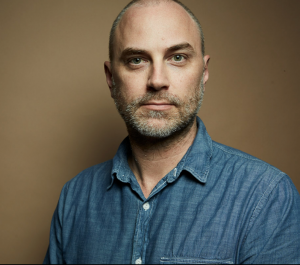 Let’s talk about the history of this place. It started in 1877 as an opera house. Do you know anything about what it looked like then?

Iles: Well, actually it started out as a mortuary service.

Iles: Apparently building coffins and things like that. Then it became an opera house. But there are not a whole lot of images of the building. I am currently culling through all of that material to find the best things that I can.

Then there was W. Scott Dunne. He was responsible for the Texas Theatre in Oak Cliff and for the Fine Arts in Denton and several others around the state. How does the Fine Arts compare to the those?

Reimer: Part of the thing that’s interesting about these theaters when you kind of dig around into that culture is that being different and looking different was a huge part of the marketing’s game. The one in Denton, the Fine Arts Theatre, I would consider it kind of minimalist. They kind of spruced it up in the ’50s and did some kind of mid-century modern things to it, but for the most part, when you dig through it, it’s pretty minimal, which I am actually excited about. These minimalists ones, there not as common to see those. So its pretty cool.

What kind of shape is the building in now?

Reimer: Not great. It’s over 80 years old, so they are very, very expensive buildings to keep up. I mean, it’s definitely in a stage where we need to fix it soon. So we’re really really excited that we are able to figure something out before it got any worse. So Martin talk a little bit about how you came into this project?

Iles: I’ve been a resident of Denton, on and off, since 1976. I actually went and saw “Young Frankenstein” in that theater with my parents in 1977, I believe. And I lived on the square for almost 20 years in two different buildings. So I would constantly see that theater outside and lament its lack of use as a theater. So my connection to it is serious. I feel like it’s been an ongoing conversation that Jason and I have had for a long time. And when the possibility of his group being a part of that theater and seeing it revived, you know, was being seriously talked about,  that was something I couldn’t ignore.

Reimer: It’s really great for small distributors and filmmakers. We can now play them in two different places that are 40 miles apart. That is a huge advantage for the independent filmmaking community. At the same time, the young people and the filmmakers and the  people that are involved in the community  are going to use the theater for their own purposes and I have no way to predict what that’s going to be.

What would an average week at this theater look like?

Iles: I would imagine maybe on a Saturday night, an industrial band playing music to an Italian horror film. On Sunday, an African-American church renting the space and using it. On Monday, an experimental animation group having meetings. On Tuesday, exchange students from India screening a Bollywood film. On Wednesday, a country and western band from Sanger playing. That’s what my dream is.

It sounds more like a community center than a movie theater.

Reimer: Well, the key to that is exactly that. Like anyone that is worried about what we are programming, there’s not a chance we are not going to bump into something that you like. It’s just the way that it works.

And what do you want to do for opening night?

Iles: We kind of have an idea about revisiting the past, the very first movie that premiered there in 1935, “We’re in the Money.” It’s a comedy. It just seems appropriate that it would be great to play it again and maybe play around with some things of that era.

Reimer: Martin looked it up, and they had a kind of Harvest Festival in front of the theater which we are going to look into.

Iles: And you know this is all working ideas. It will probably get much more elaborate.

This interview has been edited for brevity and clarity.