TACA is best known for raising money and distributing it to performing arts organizations in North Texas. But every year, the non-profit whose acronym stands for The Arts Community Alliance, also holds a convening called Perforum to

discuss a particular issue bubbling up in the arts community. Past Perforums have addressed topics like collaboration, supporting artists and cultural diversity.  Art&Seek is partnering with TACA to livestream this year’s Perforum, Monday at 9:30 a.m. 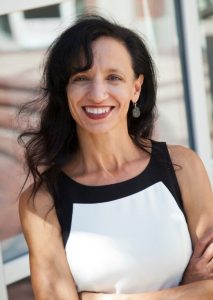 We invited some of the folks who will be involved to give us a preview.

First up is Zannie Giraud Voss, professor and chair of arts management and arts entrepreneurship at SMU. She’ll moderate Monday’s conversation, so we asked her to tell us what it’s about and who we’ll  hear from.

Each year following Perforum, we spend time talking with TACA grantees and examining survey feedback from attendees to get a sense of the issues on everyone’s front burner.  Many vital issues were brought to light last year but one that stood out was a desire to coalesce. How have other cities built a central backbone for arts and culture?  What are models of ‘conveners’ that create cohesion in a community, serve as a nexus of activity and move a community forward?

We titled this year’s Perforum Community Connections: Models for Building a Shared Vision for Arts and Culture.  The actual building of a shared vision for arts and culture in Dallas will take time and a considerable amount of input from everyone who cares about and is part of our arts community.  Before we can build, though, it is worth spending a morning hearing about the ways other communities have come together and understanding the cornerstones that are important to have in place before building,

We have invited four individuals with varying perspectives on the topic to share with us their experience.

We will open up a conversation for how we want to approach coming together to build a shared vision.  If there are key ingredients that are necessary or nice to have in place, let’s hear about them.  Then let’s talk.