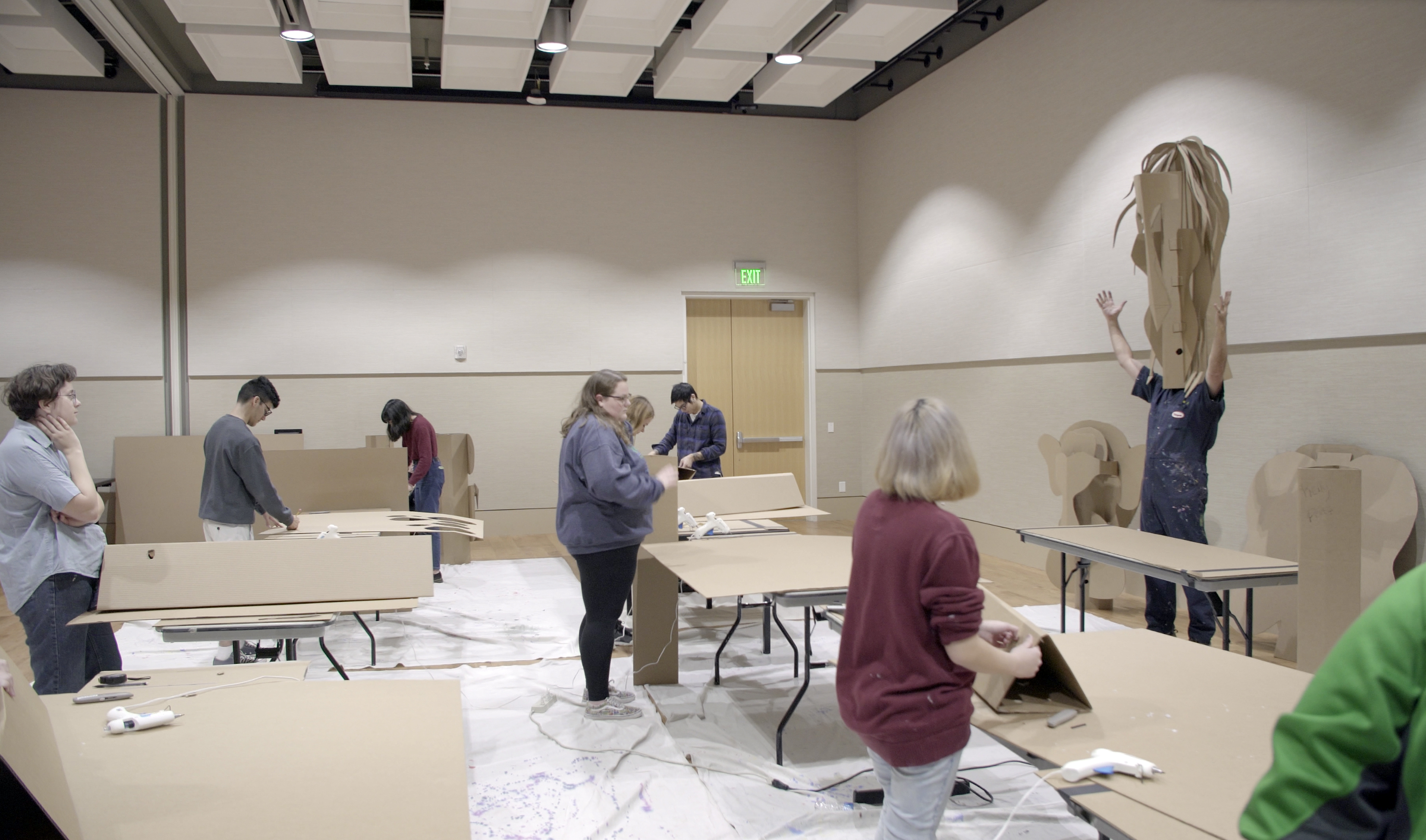 This Saturday, Denton’s Day of the Dead Festival will consume the city’s downtown. From the sidesplitting variety show “Cirque du Horror” to the action-packed Coffin Races (video), there’s a lot to take in. In this week’s Art&Seek Spotlight, we learn about a special addition to the festival’s Twilight Lantern Parade. 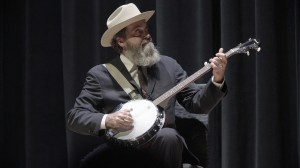 It’s the second-to-last Monday in October. About a dozen students are hanging out in a conference room at the University of North Texas. Each student is positioned in front of a table that’s been covered with cardboard. On top of the surface, there’s an additional piece of cardboard and a hot glue gun.

“Hi everybody. Welcome,” says a man in a paint-covered jumpsuit. “I’m Wayne White. And this is our mask making workshop.”

White’s a visiting lecturer. He’s come to UNT as part of the school’s Fine Art Series. But unlike many of the other speakers who’ve come to the school in the past, White’s here all week to work with the students.

“Okay,” White says, “We’re going to be making these masks for the big parade on Saturday. And this is something I’ve done a little bit; making big cardboard heads. Let’s start by saying ‘thank you’ to our cardboard. Thank you, cardboard.”

If you’re not familiar with the name ‘Wayne White,’ don’t worry; you’re not alone. Regardless of your familiarity with Mr. White, odds are that you’ve probably seen his work…

“Has everybody worked with cardboard and hot glue before?” White asks the class. He receives little to no response. “Okay. We’re going to start by making a core structure for our heads.” White continues to give instructions. 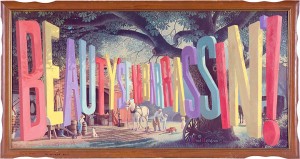 White’s famous “word art” paintings – which are reminiscent of works by Edward Ruscha and Jenny Holzer – hang in museums and galleries nationwide.

The old, repurposed thrift-store-style paintings feature technically proficient and wildly colored words or phrases that are funny and sardonic. And critics praise White’s series for being an entryway into the artist’s mind. But regardless of his success in the world of fine art, it’s not what White’s most known for…

“The thing I like about cardboard and hot glue is its fast,” White explains. “You don’t have to do a lot of pre-planning. If you make a mistake with the cardboard, it’s no big deal.”

What Whit’s best known for are his eccentric puppets and large installations, like his 15-foot tall sculpture called “BIG LECTRIC FAN TO KEEP ME COOL WHILE I SLEEP” at Rice University. It’s George Jones head, complete with whiskey breath. 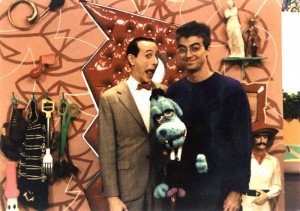 And then there are his set designs. White’s one of the visual masterminds behind the quirky 80’s TV show “Pee-Wee’s Playhouse.” But he didn’t only contribute to the look of the program, he even voiced a beatnik puppet named Dirty Dog for the show.

“I spent 30 years in TV doing sets and puppets. Mostly kid shows. Some commercials. Some rock videos. But now I get to do the same thing and call it art,” says White.

All this is why UNT brought White to Denton. 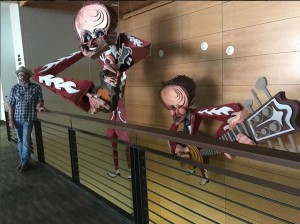 “I think when I first saw Wayne’s work,” explains UNT Arts Coordinator Mike Fleming, “it just struck me as someone that’s super talented and sort of taps into his own wonder and interests in exploration and play and creativity. And that just really resonated with me as an artist.”

White’s teaching students to make hulking four-foot-tall, sculptural masks. And Flemming’s so excited, he’s even making one himself. White and the students will wear them this weekend in parades for the University’s homecoming and Denton’s Day of the Dead Festival.

“I’m just going for a really gaunt woman, like La Llorona,” says Casey Flores. Flores is a senior at UNT. She studies theatre and scenic design. “I want blood coming out of her eyes and that’s all that I really know. (laughs)”

Flores admires White’s work. She says he’s often cited in her set design classes. And what she loves most about the artist is that his work isn’t snobby or hoity-toity. 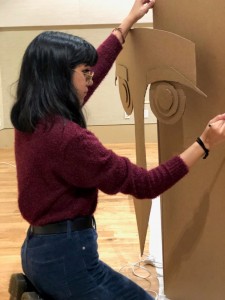 “He’s like so genuinely like influenced my own art and the things that I like to do, but you always think of those people as being so removed from you,” she says. “So like, I never this would happen and it is, and it’s really exciting!”

White’s down-to-earth approach to artmaking comes from his upbringing. He was born in rural Tennessee to a stay-at-home mom and a dad who worked in a factory.

White came to puppetry and mask-making during college. He wanted to make nontraditional things that wouldn’t break the bank. Plus, he just didn’t believe he had to make art for people to buy.

“This is a great “do it yourself” at home thing,” says White. “You don’t have to have a lot of fancy materials or a fancy shop. Not even a fancy studio. You just have to find some cardboard and hot glue and you can make just about anything.” 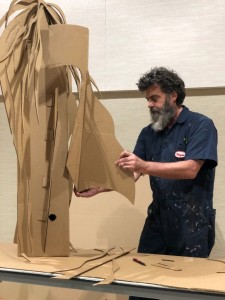 White’s mask for Saturday’s parades is a humungous medusa-looking figure.

“My silhouette is like a long skinny face with an eyeball hanging out, a weird mouth and it’s gonna be green with black hair and I’m gonna build the hair out more,” he says.

White spent 15 hours this week working with a couple dozen students. Their time together is short, but he hopes some the lessons he’s shared inspire these students to work with what they have and do what they love.

“If you love what you’re doing – and I expect most of you do – then it shows,” says White. And people pick up on that. People are dying to see stuff done out of love.”

Even if it’s made from cardboard, it can be great, if you think outside the box.