Stephan Pyles is often called the father of Southwestern cuisine. He, and a group of Texas chefs, transformed humble ingredients like chiles, black beans and cilantro into elaborate high-end dishes. Last week, he closed his latest restaurant, Flora, and announced his retirement.

Pyles got his start busing tables at his family’s restaurants in Big Spring, Texas. He studied music, took his first backpacking trip to Europe. It was his first time out of Texas.

“I saw the awesome potential for everything,” Pyles says. “For food, for music. It really was an awakening. The seeds were planted”

He overcame a debilitating illness in his 20s and gradually found his passion for food. (Here’s a detailed account of his early years, by Mark Steurtz, which appeared in Dallas Observer in 2001.)

“My big break came when I was asked to be an assistant at the Great Chefs of France Cooking School at the Robert Mondavi Winery in 1981,” says Pyles. “I was very nervous. I found out the first chef I was to assist was Julia Child. And I thought, ‘Oh my god! Bigger than life.’

“Through that I was able to meet the legendary chefs of the day like Paul Bocuse, Alain Chapel, the Troigros brothers, and even spend a little time in their kitchens. It was all through the Mondavi Winery.”

The path to Routh Street Cafe, his first critically acclaimed restaurant, and to Southwestern Cuisine, was intuitive.

“I knew something was going on at the time in this country, an awakening,” Pyles says.  “It was kind of a renaissance. Even though I was trained in French cuisine, I felt something happening, or felt it, and I knew there would be a rebirth of American food. I was on the cusp.

“We all learned together what New American Cuisine was. In actuality, it was in the beginning, it was just French nouvelle cuisine cooked by American chefs using American ingredients. But if finally became its own thing. And 36 years later, here we are.”

(In 2014, Patricia Sharpe compiled an oral history of Southwestern cuisine and its impact on the Texas – and national – culinary scene for Texas Monthly, “And They Said, Let There Be Cilantro.”)

Pyles plans to work on his memoir, which will include a look at the growth of Dallas’ food scene and dish on the diners he served; he’ll also critique the restaurant critics. He’ll continue to consult and he plans to increase the number of food tours he offers – he’s headed to Cambodia and Vietnam with a group next week.  Watch his web site for more info about that.

I talked to Pyles about his legacy for this week’s Art&Seek Spotlight. You can click above to listen to our interview or read excerpts below:

You started Routh Street Cafe way back in 1983. And after that, there was Baby Routh, Star Canyon, Stephan Pyles, Stampede 66 and many others…

Yes, before Flora, in the Arts District. It is really hard to imagine Dallas without one of your restaurants.

SPYou know..It is. But I think I’m OK with that. I think I’ve left enough legacy. I have a big foot print. And follow this!

SPYou know, I’m 67. I just thought it was time to be able to do my travels and my consultancies and the things I really enjoy. Been trying to write a cookbook. I’ve written four cookbooks and I haven’t written one now in 20 years, because I’m just too busy.

The things I really want to do can be done now.

You and several other Texas chefs, like Dean Fearing and Robert del Grande, really elevated regional cooking in the Southwest. Looking back, what impact do you see that group having?

SPI think we had an enormous impact. You know people will say, “Oh, it’s a trend.” Well, it lasted a decade. But most importantly, we affected the whole American cuisine as we know it today.

Imagine American food today without chiles, without smoke, without big, bold flavors. Without cilantro or black bleans. But mostly chiles. And the techniques of grilling and smoking.I mean that really was us. It took several years, but you suddenly saw a duck taco on the menu at a New York restaurant. Or a foie gras empanada.

We really had a bigger influence than we certainly thought we were going to have. 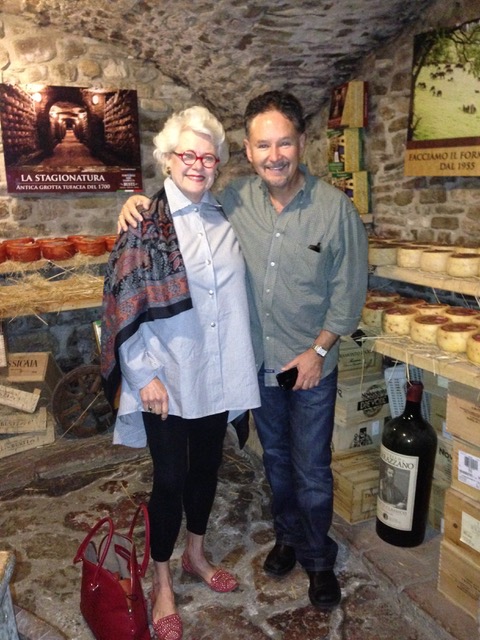 What are some dishes and ingredients that we take for granted now that were not as widely known then?

SPI could tell you stories. So I’ll tell you one: When I first opened Routh Street Cafe, 1983, I had to bring in from California all the specialty produce.

You know what specialty produce was back then? A red bell pepper.

What dishes do you return to again and again, and recreate or refine over time?

She would marinate it in honey and vinegar and then leave it for hours, and then slowly, slowly cook it because the honey would caramelize if cooked too fast.

Well, it’s hard to do that in the restaurant business. So, what we do is we brine it, and then we cook the chicken sous vide for several hours. And then we batter it and fry it. So it’s actually healthier because it’s fried less. You don’t want to tell people that, because they are not eating fried chicken to be healthy. But nonetheless it is.

And so after it’s fried nice and crisp, we inject it. We inject the meat with a culinary hypodermic needle of warm local honey.

My grandmother would probably roll over in her grave, but she would then enjoy it.

SPGraham Elliott, from MasterChef. They were all externs or stages.

What did you try to pass on?

SPMost importantly, seasoning. That separates a chef from a good cook. The difference between an unseasoned dish and a seasoned dish. And I will never give that up. Taste, Taste. Taste. 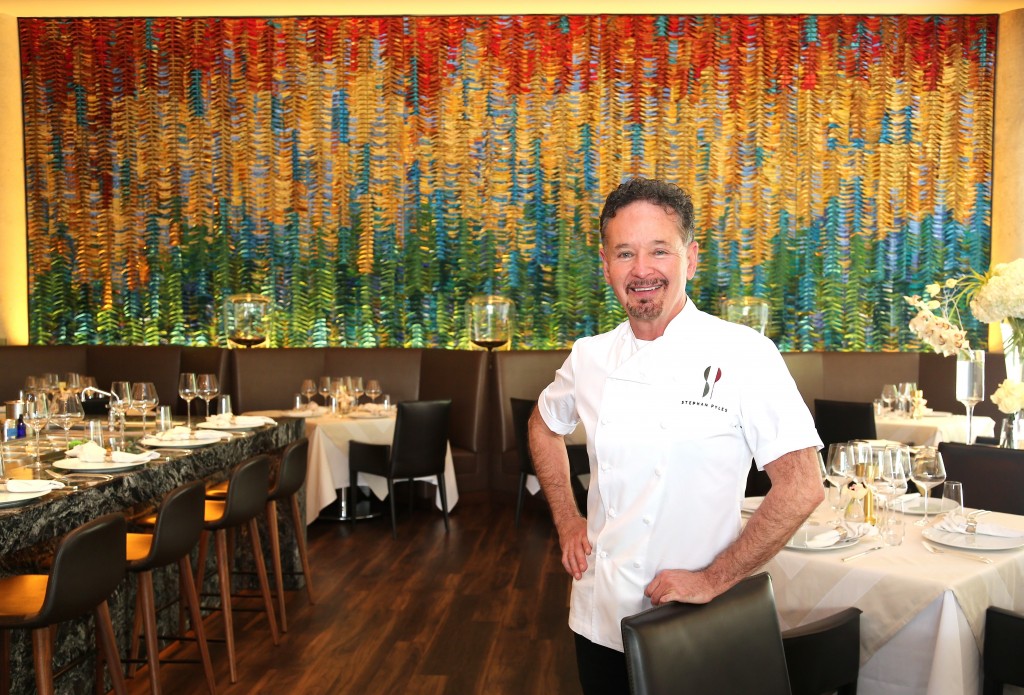