The Shakespeare comedy, “As You Like It,” at the Dallas Theater Center this weekend, is the latest presentation from Public Works Dallas. In these productions, professional actors are joined onstage by city residents. Lots of them – this year, they’re members of local service non-profits such as Literacy Instruction for Texas and the Bachman Lake Together Family Center. Art & Seek’s Jerome Weeks talks with director Ann Yee about handling 200 actors at once.

“As You Like It,” presented by Public Works Dallas at the  Wyly Theatre, through Aug. 18th.

Thank you. It’s very nice to be here.

You have said, whether it’s 200 performers or eight performers, the intentions are the same.  But surely, it must be a different process, doing a Shakespeare comedy with a small army. So how do you do that?

It starts with a vision of how to use the materials given to you. We have a thrust stage. So that means limited exits and entrances. We have a limited budget. So OK, “How could I best get the largest amount of people on in the most creative way that still lends tension and excitement and allows for the best stage imagery you can pull from this particular piece?” 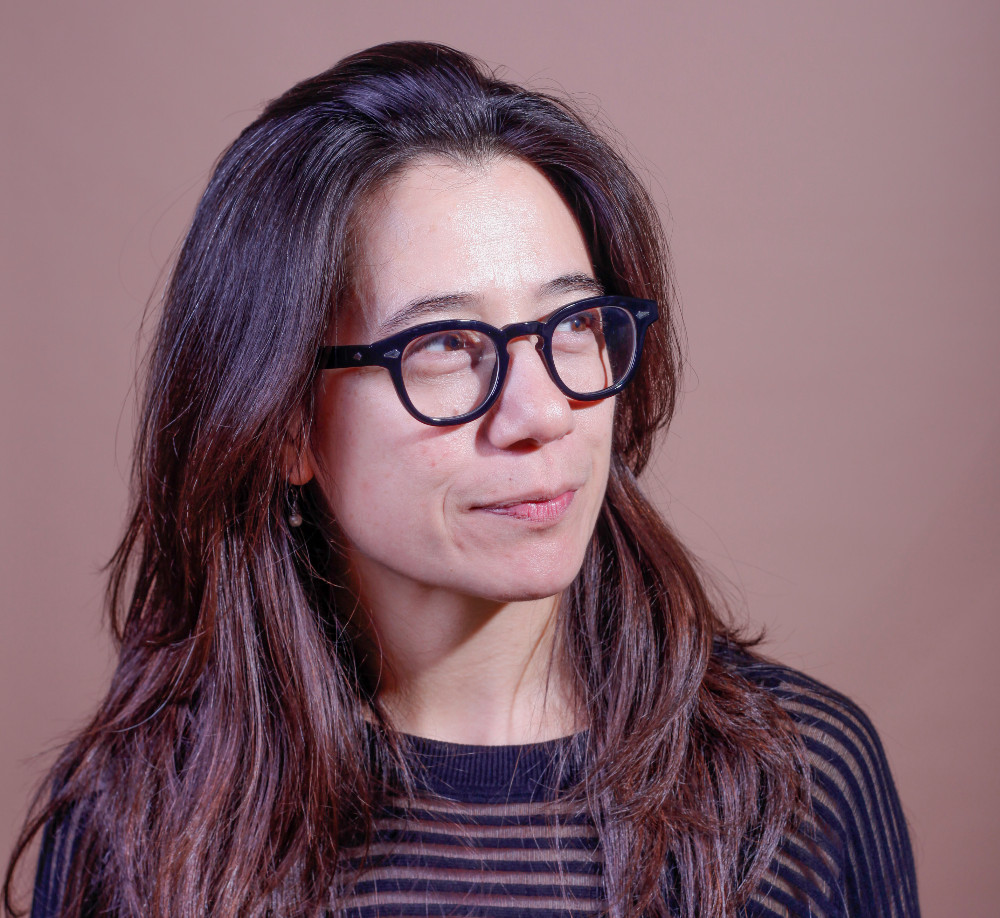 Shakespeare’s ‘As You Like It’ is a romantic comedy, but it’s also partly about courtly people fleeing the court to hide out in the Forest of Arden and encountering country people. So there is this class division.

And that’s where some of the humor comes from.

So how does class difference work with your production? Are some of the participating groups a source of fun?

There’s a tremendous amount of fun in this production.

Right. But what I mean is that some characters are mocked as rubes or yokels and others as snobs.

I personally, as a person of color, as a member of the LGBTQ community, my grandparents were immigrants to this country – I don’t think ‘mock’ is ever helpful. [Laughs.] And so, unless a piece of theater absolutely calls for mockery as part of narrative, if I don’t have to use it, I don’t use it.

Let’s talk about your background a bit. You grew up in Ohio with both your parents in the military. What did they think about you going into choreography?

Oh, my mom had all of us in dance class before I could remember. 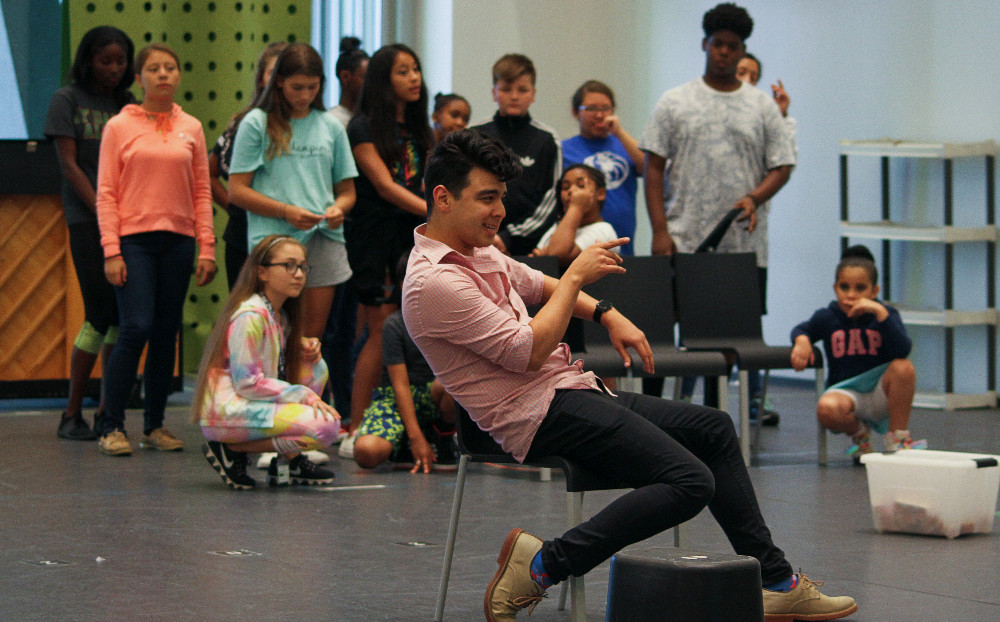 Christopher Llewen Ramirez (center) plays the romantic lead, Orlando, in ‘As You Like It.’ Photo: Imani Thomas

Yes, all three of the girls went to dance class.

Did she dance? Was she trained as a dancer?

No. She was a nurse. We weren’t wealthy – by any stretch of the imagination. And my parents worked incredibly hard to insure that we had a tremendous amount of opportunity. And we were one of very few Asian or mixed-race families that I grew up with.

What, if anything has your Chinese-American background brought to your work?

That’s such a difficult question to answer.

And so I could theorize that the Chinese have an incredible sense of discipline and that my father brought that with him. And I could theorize that both of my parents understood discipline because of their experience in the military. And dropped into that, my parents were also devout Catholics. And so there’s also an element of ‘what is good?’ And ‘how can one inhabit what is good and strive towards that?’ 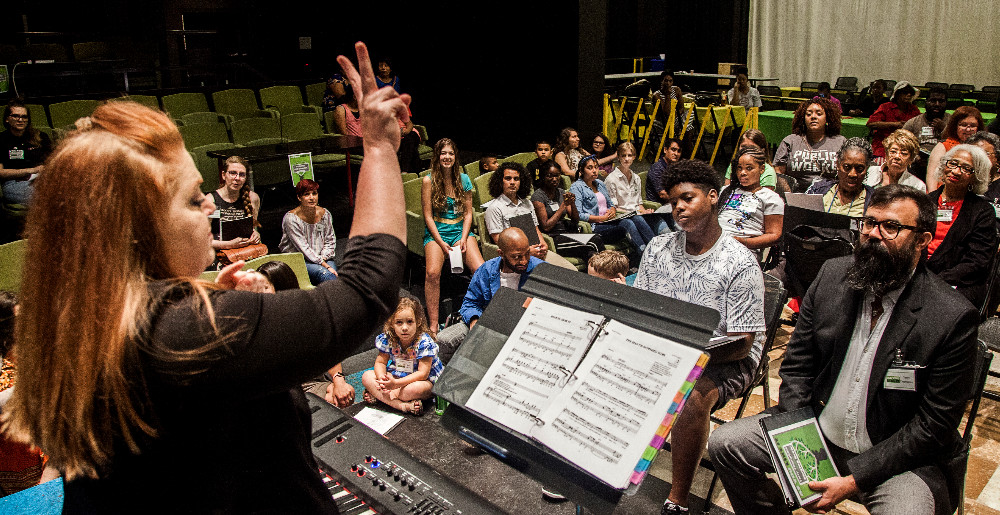 Vonda K. Bowling conducts the Community Ensemble in ‘As You Like It.’ Photo: Kim Leeson

As a choreographer – and now a director – you’ve worked with some of the leading performing arts organizations in the West: The Royal Shakespeare Company, the English National Opera, the National Theatre, Donmar Warehouse, the Salzburg Opera. So to return to part of my first question: What is different, if anything, about working on a Public Works project like ‘As You Like It,’ where you’re directing lots of people from local service organizations — who aren’t professional actors?

One of the powerful aspects of Public Works is when you reach out and you engage community to meet you on an equal playing field, you have the opportunity to attempt to put yourself in all of their shoes. And I think that to participate in theater – and by participate I mean a wide range, as an actor, an artist, an audience member – to participate in any act of creativity that requires rigor, discipline and focus will benefit you no matter what you do.

And one of the gifts of participating in theater is to participate in an act of empathy.