The Dallas Symphony Orchestra is one of the first in the country to resume live performances during the pandemic. This weekend, musicians will be back on stage at the Meyerson Symphony Center for a pops concert featuring ragtime and jazz.

The symphony made its post-COVID debut last weekend with a series of all-Beethoven concerts. New precautions included temperature checks taken at the door, mandatory masks and an audience of 80 scattered across an auditorium designed for 1,800.

But all of the pandemic-related changes didn’t get in the way of rousing standing ovations for the orchestra. Adam Powell, accompanied by his wife Amy, said he was happy to return to live performances as he exited the concert hall. 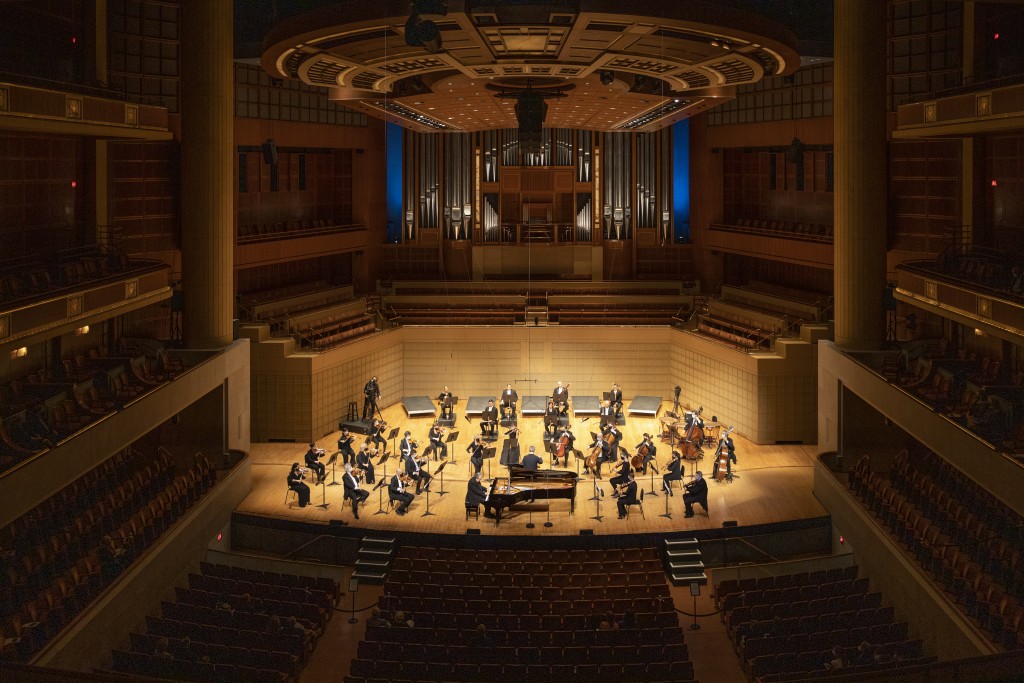 “It was just nice to be back in the Meyerson and back hearing them play,” he said. “The conductor’s amazing and the clarity with which they played was really nice. It was beautiful music.”

Amber Seikaly said after staying indoors and only being able to stream music and listen virtually, she’s grateful for the change of pace. For her, listening live is a special experience.

Seikaly was especially excited about the all-Beethoven repertoire, that included Beethoven’s Concerto No. 2 with Yefim Bronfman at the piano and Beethoven’s Symphony No.8.

The two pieces were part of this season’s adjusted programming, designed to fit the smaller, socially-distanced orchestra that was pared down from 80 to 36 musicians. Instead of pieces requiring the fuller sound of a modern-day symphonic orchestra, the selected works are better suited for a chamber orchestra.

Although there have been concerns about the risks of returning to live concerts during the pandemic, concert-goer Robert Lane said he felt safe. In fact, he said the much smaller audience felt like a bonus.

“Well, I think as long as a person is reasonably cautious about the potential for the virus, you can keep yourself safe,” he said, “Social distancing is very important, the mask helps, and I’m not much of a crowd person anyway so… this works just fine for me.”

As a season-pass holder, Lane said he’s just excited to be back at the symphony and wants to look on “the bright side.” 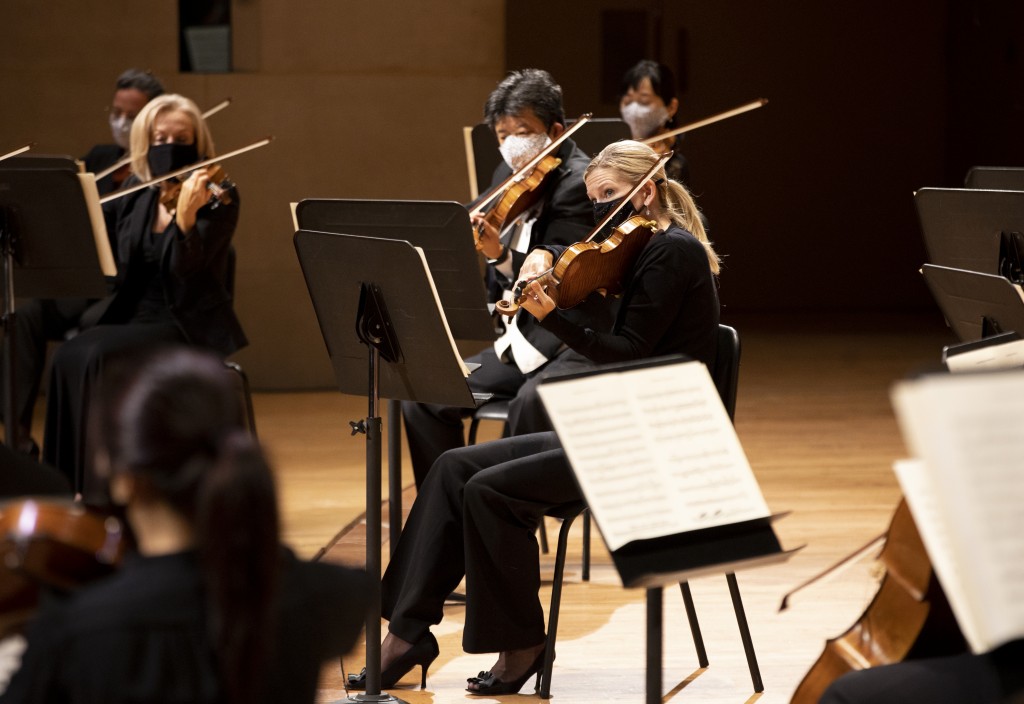 Violinists Angela Fuller Heyde and Bing Wang, along with other musicians, wear their masks while performing on stage. Photo credit: The Dallas Symphony Orchestra.

And even with the orchestra cut by almost a half, attendees like Noel Danto said he could hear the music loud and clear.

“I mean the orchestra was very loud for only 36 instrumentalists so it was easy to hear and it was a lot of fun,” he said.

Husband and wife Rohan and Shemara Jeyarajah said they were looking forward to enjoying the symphony at last, especially the performance by Yefim Bronfman, but that they were primarily there to show their appreciation.

“We have a daughter who plays the oboe who’s studied with the principal of the Dallas Symphony, so we’re here to support the arts,” Rohan said.

The pandemic’s impact on the arts has felt close to home for Rohan. He plays the piano, and his wife Shemara is a fashion designer and artist. He said he wants people to remember that the arts and artists play an “essential” role in society too.

“This is their livelihood and so many people are suffering right now because we think about the essential things and these are essential things too because this is somebody’s life that we’re talking about,” he said.

Dallas’ Chief Financial Officer Elizabeth Reich said the pandemic has had a dramatic effect on the city’s arts community. She said a Dallas survey showed as of May 31, 57 organizations indicated that they lost $33 million and 650 jobs.

The city of Dallas will spend $1 million this year to get arts venues ready for patrons during the pandemic.

Shemara said while she’s grateful to be attending the concert, it’s also nostalgic of everything she misses about attending the symphony pre-COVID.

“It breaks my heart that it’s not, you know, just when we used to come, the house being packed and full but hopefully one day we will get back to that,” she said.

Still, she said the concert is one step closer to “normal.” In the strangest of situations with the orchestra masked and concertgoers scattered through the mostly empty hall, it’s another example of how Dallasites are adapting to the pandemic.

“We’re just proud of…our Dallas orchestra right?,” Adam Powell said. “Just watching them perform and just with the grace in which they did it, it was just really cool to be here.”