In January this year, Cry Havoc Theater presented ‘Shots Fired,’  a student-generated, documentary play about the shooting of five police officers last year on July 7th. High school students interviewed witnesses, a police officer, even a doctor on call that night – they assembled the interviews, edited them and enacted them. State of the Art interviewed Havoc’s director Mara Richards Bim in January. We re-post that interview because ‘Shots Fired’ is being revived this weekend as a co-production with Kitchen Dog Theater, followed by a new play, ‘The Great American Sideshow.’

MRBThank you for having me.

Other theaters use that procedure – locally, for instance, Cara Mia Theatre has done it. But you’re the only company that regularly does this with teenage students. So who are these students and how do you get them to cooperate?

MRB[Laughs.] Well, they actually enjoy the creation process. They get more input than if they were just handed a script. So we hold auditions at various high schools around Dallas. We also hold public auditions. And generally, they are active in their theater programs at their schools. And so they are excited to do something that they can’t do in school. 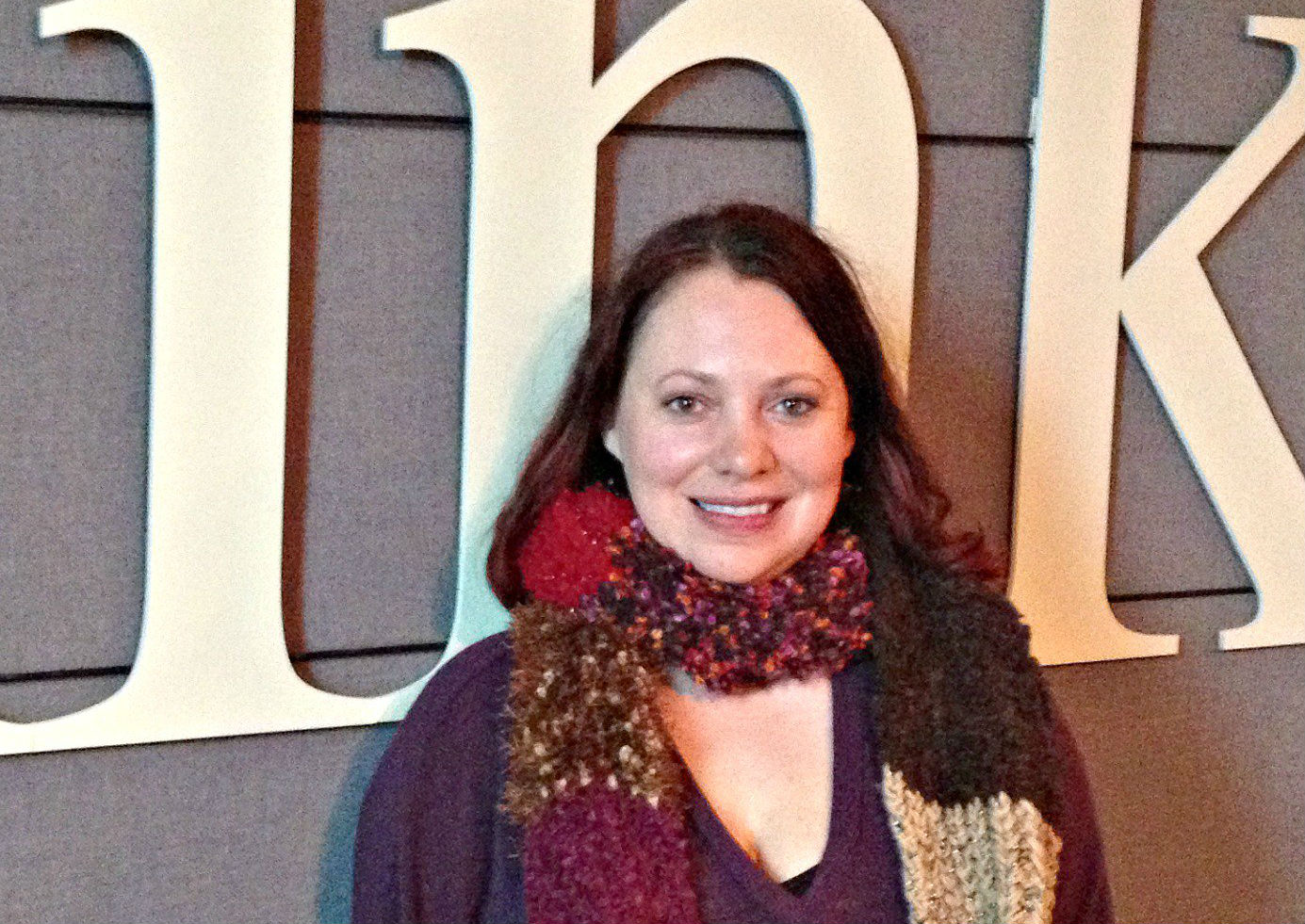 And that something has often been fairly daring topics — like teenage gangs, which you handled in ‘The (out) Siders Project,’ inspired by the classic S. E. Hinton novel, ‘The Outsiders.’  Or racial violence — which you address in your current show, called ‘Shots Fired,’ playing at the Margo Jones Theater in Fair Park. It’s based on the horrendous July shootings of five Dallas police officers.

How did you develop that?

MRBWe chose to interview people who were in some way were affected by the shootings. Bystanders, a civilian who was shot, a doctor who was on call.

MRBA police officer, yes. Yes. And so we brought each of those people in for interviews —

The students interviewed them?

MRBThe students along with myself and my co-director Ruben Carazana sat around and spent about an hour with each one, asked anything and then culled all of that down to a short narrative for each person.

And here is Scarlet Cimillo playing an activist against police violence:

Did you also include the students’ own responses?

MRBYes. That was the driving force. Teens don’t often get the opportunity to talk about these kinds of things in a public forum. And so their take and the way that they talk about race is very different than we adults do. 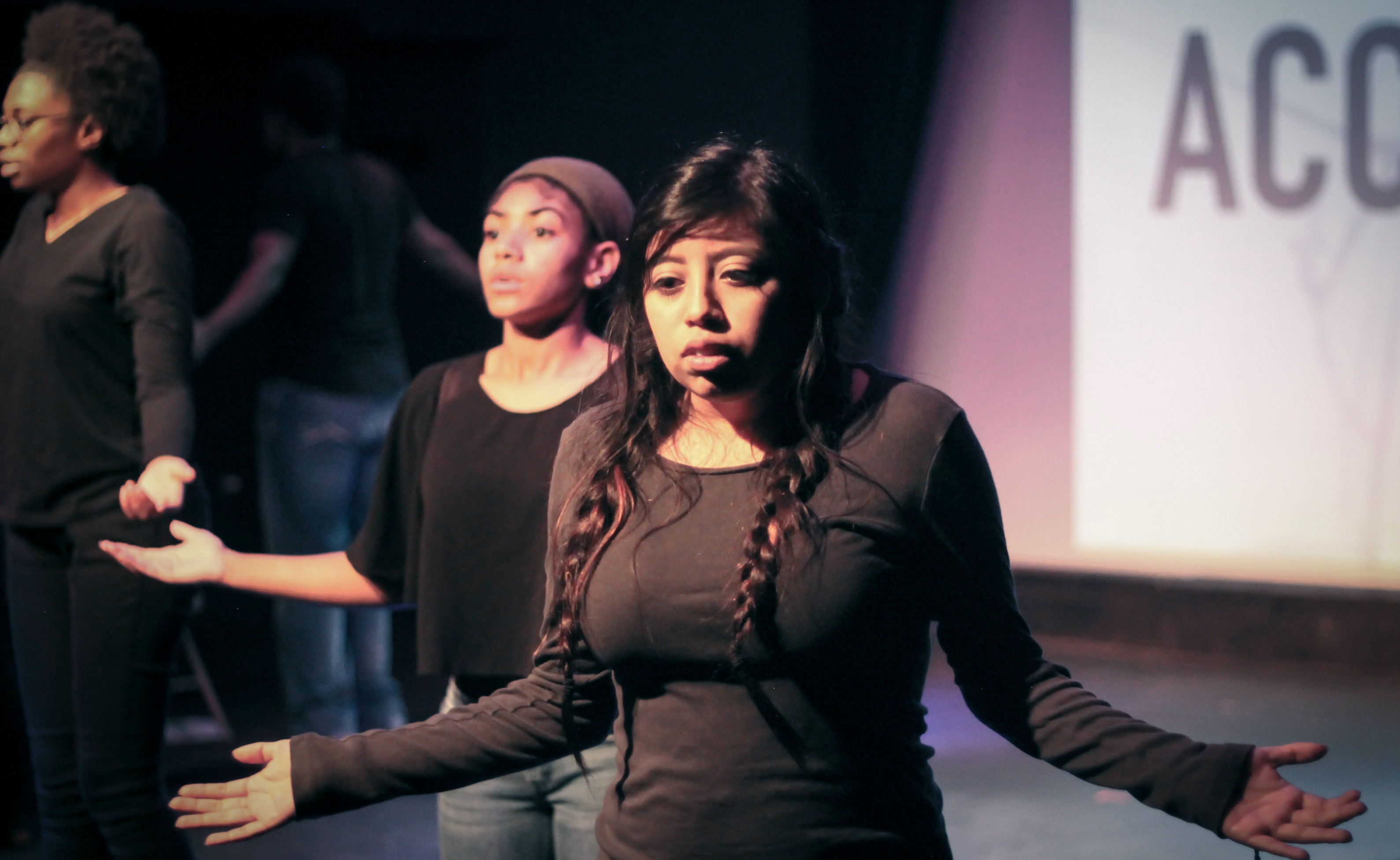 MRBThey’re much more candid with one another. They’re not afraid of offending each other because they trust that each person in the room is coming from a good place. So there isn’t this defensiveness.

How racially mixed was this group of students? How large?

MRBSo there were eleven in the cast. Six African-Americans. two Latino, three Caucasians — is my math right? Yes. So yeah, and the students also come geographically from all over Dallas.

Did the interviews get emotional or heated?

MRBI would say ’emotional,’ not so much heated. Everyone who agreed to come in knew that they were — you know, they agreed to participate. and so even when the kids had different opinions from the speakers, everyone was very respectable but they did get emotional. Several of them said they haven’t talked about the shootings since that day. And so, you know, there were tears, there were you know — I didn’t realize for the kids, it was emotionally draining for them to sit through interview after interview throughout a day.

How has the response been?

MRBIt’s been overwhelming. I was not really prepared for — you know, I thought we had something good, but we really struck a chord with people. And that’s been very moving and very overwhelming.

Given the response to ‘Shots Fired,’ would you consider bringing it back?

So I don’t think this is the end for ‘Shots Fired.’