Art&Seek is highlighting new music from North Texas every Thursday. Click above to hear me talk with Hunter Moehring from Dallas band FIT about their new single “Modern Lovers”. Our Music Minute airs on KERA FM and KXT 91.7. For more North Texas music, tune in to the KXT Local Show at 7 p.m. on Thursdays. And tell us what you’ve been listening to on Facebook, Instagram or @artandseek on Twitter. 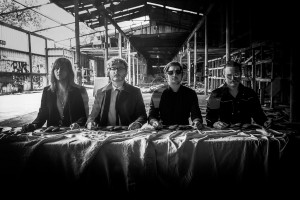 “We’ve all known each other for a few years through music and everything,” Moehring said. “We had talked about starting a project for a while and decided this should be about the time.”

FIT formed shortly before the pandemic and the band was first scheduled to perform at Three Links in Deep Ellum in March of 2020.

“The week before our very first show is when everything went into lockdown and quarantine,” Moehring said. “Honestly, it’s been a little refreshing in the sense that it kind of slowed down everything a bit so we were able to focus a little bit on the writing process.”

FIT spent the last year brainstorming and creating, but Moehring said that the band missed the interaction and energy that comes from playing in front of a live audience. FIT played their first show on May 1st at Tulips in Fort Worth followed by a show in Dallas when FIT finally took the stage at Three Links.

“It was our first show back in Dallas and it sold out immediately. It blew my mind,” Moehring said.

The first single from FIT is a slow and moody tune called “Modern Lovers”. The song seems to transform the listener to a place tinged with just a little bit of sadness. Moehring said the song is about overcoming loss. 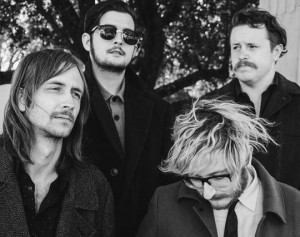 “I feel it’s a very powerful thing when you can go through life and there’s certain people or certain time and places that are destined to move on and you lose loved ones or you lose lovers or lose friends in that sort of way, and then what it makes you coming out of that sort of confliction to be who you are,” Moehring said. “Everything you go through, through life, ultimately plays a role in who you become later… so that can be a very beautiful thing even though it’s mixed in with the tragedy of loss.”

FIT plans on releasing a video for “Modern Lovers” in June that was shot and directed by Dillion White and features ballerina Claire Bruce. The band will release more singles throughout the year. Keep an eye out for new releases and show announcements via social media.