Editor’s note: Reconnecting after a traumatic year of separation and loss is a work-in-progress. KERA and The Dallas Morning News are collaborating to document how North Texas’ arts and culture scene is emerging from the pandemic. KERA’s Jerome Weeks traveled to Massachusetts to follow one Dallas group’s live, outdoor performances – debuting at a major, international dance festival.

Dallas Black Dance Theatre is opening its new season – its 45th – in dramatic fashion. The company is in Massachusetts this week, making its debut at Jacob’s Pillow. That’s the renowned, 89-year-old dance festival that helped create modern American dance.

DBDT has performed at the Kennedy Center. In 1996 and 2012, it represented Texas by dancing at the Olympics. But for company member Claude Alexander III, it’s being invited to perform at Jacob’s Pillow that matters.

“This is a really huge milestone, a landmark in our history,” he said. “For any dance organization, this is one of the pillars you want to get to. So to us, it’s really like a goal met.” 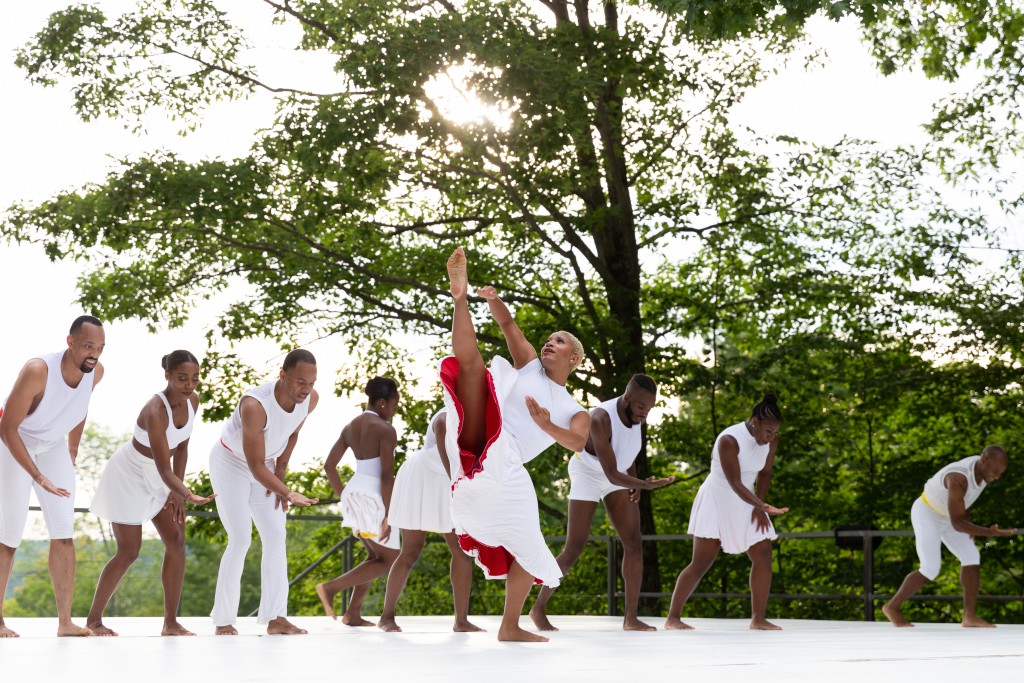 When the pandemic hit, Dallas Black Dance scrambled to get performances and its entire school schedule online, said Melissa Young, director of DBDT. In June 2020, the group posted a video of “The Long Wait” to its Facebook page, a performance honoring the deaths of Martin Luther King, Jr. and George Floyd and the fight for social justice.

“So many dance companies kind of took two roads,” Young said. “One was ‘We’re taking a moment to not do anything and we’re just going to rest.’ And then there are those of us who said, ‘No, this is our opportunity to see what’s possible.’ As an artistic director, I’m big on mental health. How are the dancers going to sustain through this? Because if they can’t move, if they can’t discover their art on a daily basis, it’s going to decline. I wanted us to create incredibly wild ways of continuing to do the work at the highest level.”

Alexander is a 12-year veteran of the troupe who’s also a rehearsal director and choreographer. His work, Face What’s Facing You, is his choreographic debut at Jacob’s Pillow. That puts him in serious company. 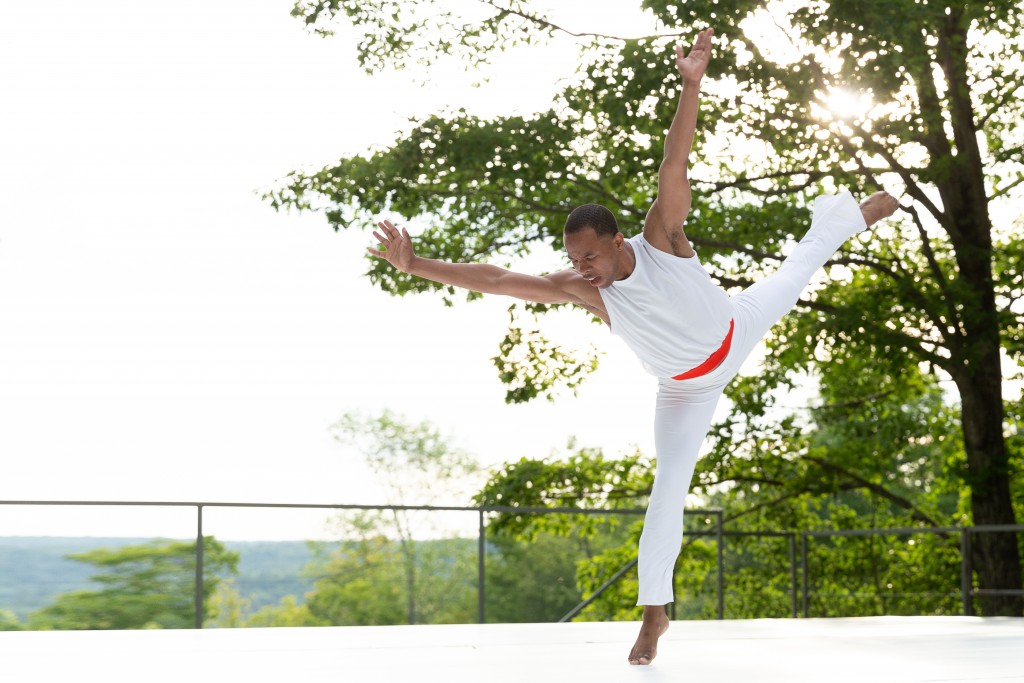 For DBDT’s program, it’ll be performed alongside Like Water – a world premiere commissioned by Jacob’s Pillow from Darrell Grand Moultrie, who’s created works for the American Ballet Theater, tap master Savion Glover and Alvin Ailey, among many other leading dance groups and artists.

Jacob’s Pillow itself did not have an easy pandemic so far: Last year, for the first time in its history, it cancelled its entire, 10-week summer festival. Then in November, a fire destroyed the Doris Duke Theatre, its black-box performance venue, the smallest of the three on the sprawling campus in the heavily wooded hills of the Berkshires in western Massachusetts. The company is set on rebuilding the Duke, while currently renovating its major indoor facility, the Ted Shawn Theater.

The Berkshires are a popular area for summer-resorting New Yorkers and Bostonians: Tanglewood, the Boston Symphony’s summer home, is a 20-minute drive from Jacob’s Pillow, while the Clark Institute of Art, the Williamstown Theatre Festival and Mass MoCA (the Massachusetts Museum of Contemporary Art) are all nearby.

Founded by dancer Ted Shawn in 1921 as a summer retreat for his company of male dancers, Jacob’s Pillow became an incubator for dance innovation, permitting choreographers isolation and a restful, outdoor environment for creativity. It’s hosted many of the pioneers in American dance, including Martha Graham, Bill T. Jones, Mark Morris and Merce Cunningham. In recent years, the festival has become a year-round program, including a school and extensive historical archives.

In fact, the 220-acre park is the only National Historic Landmark devoted entirely to dance.

Pamela Tatge, the Pillow’s longtime director, was determined to return to live, outdoor performances this summer. She called Melissa Young to specifically invite the Dallas company that Tatge had first seen three years ago. 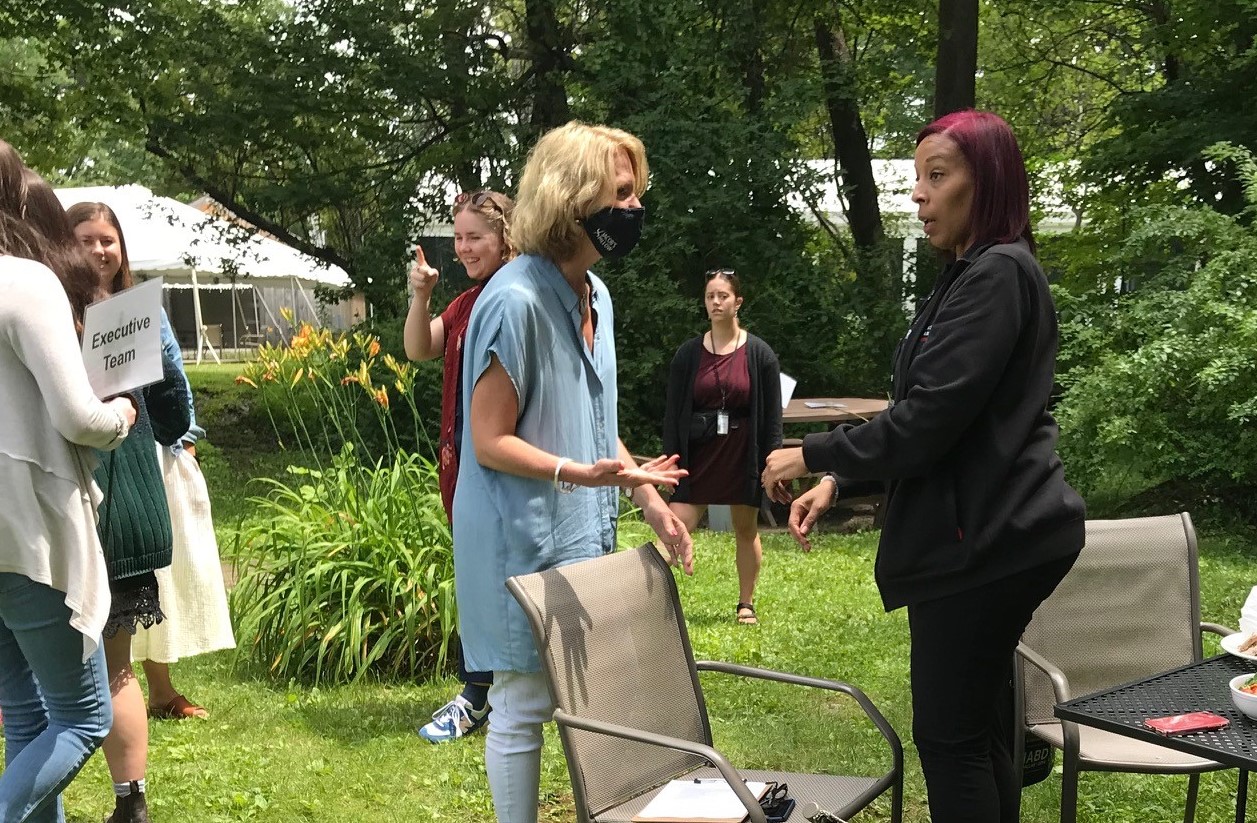 Young was surprised by the sudden offer. “I just cried,” she said. “I legitimately cried.”

She sees it as a reward for her company’s efforts at surviving the pandemic — particularly for quickly making the transition to streaming performances.

“You learn so much about yourself and about your craft when you go through trials and tribulations,” Young said. “And so the Pillow invitation was a reward for not giving up. And for it to be at the start of our 45th anniversary, that’s what really fills my heart.”

On Wednesday, Dallas Black Dance’s debut performance – the first of 10 this week at Jacob’s Pillow – received a standing ovation.