A choir for homeless men and women in Dallas has inspired street choirs across the country to form and collaborate.

The Dallas Street Choir has plenty of events. Click here to find out about their next performance. And to learn more, listen to this NPR story about their debut at Carnegie Hall.

Its founder has assembled a multi-city alliance and dreams of eventually creating a national street choir. KERA’s Courtney Collins visited with the Dallas Street Choir and discovered the love and peace it’s singers find in the art of singing.

When the Dallas Street Choir gathers for rehearsal at the Stewpot, there’s laughter, chatter and bustle, sure. Most importantly though, there’s music.

That’s why these singers are here. They love spending a cozy hour each week with like-minded folks. It’s the music, though, that keeps them coming back. 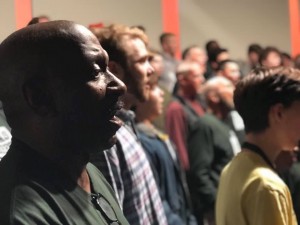 Zacharias and Joiner are both members of the Dallas Street Choir, a group that performs locally several times a month. They’ve also played Austin, Washington D.C., and New York City. 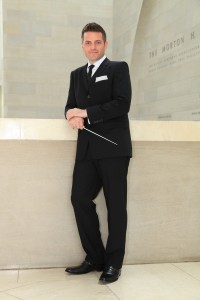 Jonathan Palant is the director and founder of the Dallas Street Choir.
Photo: jonathanpalant.com

“We have grown from nine members in the first month to averaging between 80 and 90 every single rehearsal,” said Palant.

Now four years into leading the choir, Palant realized “winging it” wasn’t the best idea. He wanted to pick the brains of other leaders bringing music to homeless people in cities like Baltimore and Indianapolis. He wanted to share ideas and answer questions from fellow directors.

There wasn’t a group like that, so he started one: The National Alliance for Music in Vulnerable Communities now has 18 individual members in cities across the country. 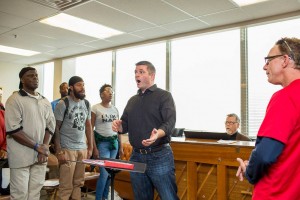 Palant working with the choir at a rehearsal.
Photo: facebook.com/dallasstreetchoir

“There’s so many aspects to working with this community, not only the interpersonal skills, but it’s also the kind of music we perform, the way we teach the music, it’s the insurance that we carry, it’s the rules of the room, and this organization is all about bringing us together so we can learn from each other,” Palant said.

His mission with the Dallas Street Choir has always had two parts: Give the members something to feel good about, and help the audience see homelessness differently. That’s why he hopes this alliance will someday lead to a national street choir.

“Even if it’s just a one-time thing,” Palant said. “To bring singers together from around the country and say, ‘We’re one, we have a voice, let’s make people listen to us.” 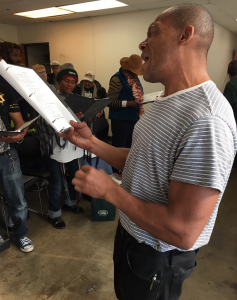 Ronn Johnson’s singing voice almost demands you listen. He lives at the Union Gospel Mission shelter— he landed there after an arrest, drug use and depression led to homelessness. Then he found the Dallas Street Choir.

“It reminded me of my gifts, and what I have to give as well,” he said.

The choir’s a place where Johnson can lose himself in music and share his love of singing with others. It gives him purpose.

“The more you help others, I find, you kind of heal yourself in the process,” he said. “And at the same time, you forget about you and you forget about your situation and then it kind of takes you to another place. I think music is inspired through love.”

It’s clear the Dallas Street Choir is inspired through love, too. That’s something the audience can’t help but pick up on a few measures into the first song. 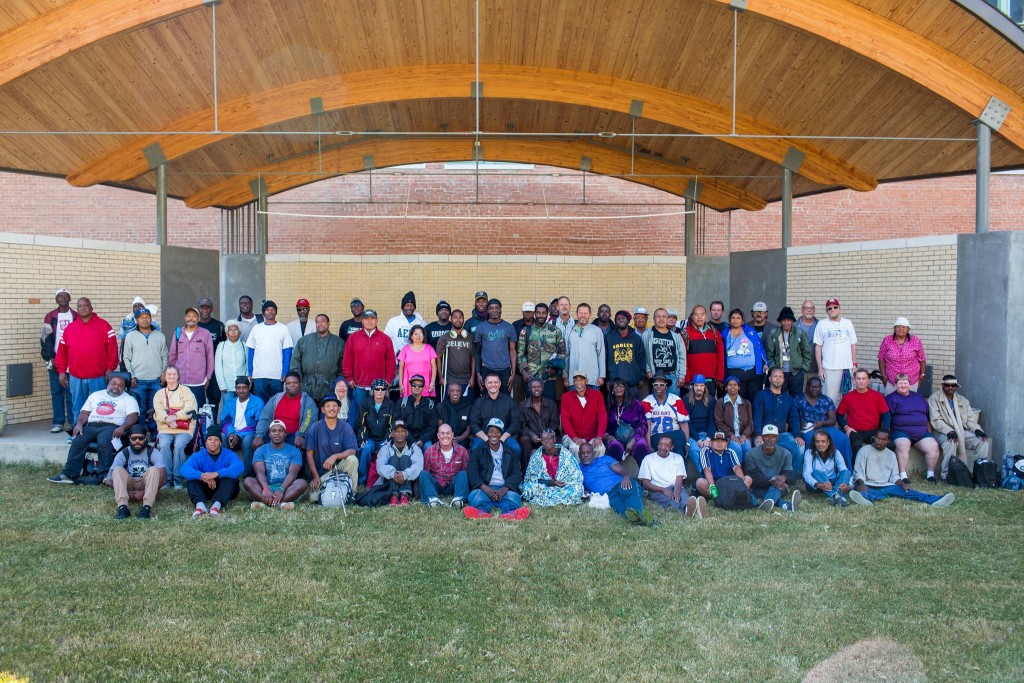 A group photo of the Dallas Street Choir.
Photo: facebook.com/dallasstreetchoir