The Dallas Opera has already lost $1.6 million in projected revenue, and in anticipation of continued battering from the COVID-19 pandemic, the company’s general director Ian Derrer announced that one opera will be cut (“Ofreo Ed Ruridice”) from the five-opera season. Nine different performances have been cancelled and the remaining four operas will be consolidated into the spring, starting in March. All of this represents more than a third of a reduction in the season. 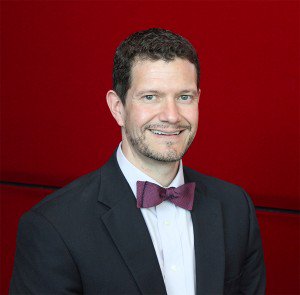 The changes in the schedule, including replacing Wagner’s “Lohengrin” with “Don Carlo,” have also led to changes in casting. And the cutbacks directly affect The Dallas Opera’s staff: Five staff members will be laid off, two will be furloughed and six full-time positions will become part-time or seasonal.

In response to the pandemic, the company had already started the Dallas Opera Emergency Relief Fund (DOER) with a goal of raising $4 million by September 30th. A new fundraising campaign will start, extending the DOER fund for three years to solidify TDO’s financial stability.

DALLAS, JUNE 4, 2020 – Ian Derrer, the Kern Wildenthal general director and CEO of The Dallas Opera, today announced major changes to the company’s 2020/2021 Season brought about by the serious ramifications of the COVID-19 pandemic.

The entire season will be consolidated into spring of 2021 with four opera productions presented, instead of the original five. Nine mainstage performances will be cut from TDO’s 2020/2021 schedule—a 38% reduction. Verdi’s Don Carlo will replace Wagner’s Lohengrin, and Gluck’s Orfeo ed Euridice will be eliminated.

The 2020/2021 Season, which was to have opened on October 9, 2020, will now begin on Friday, March 5, 2021, with the world premiere of The Diving Bell and the Butterfly, composed by Joby Talbot with libretto by Gene Scheer. There will be two additional performances of The Diving Bell and the Butterfly, followed by three performances of Verdi’s Don Carlo cancelled in 2019 because of COVID-19, four performances of Mozart’s The Marriage of Figaro, and five performances of Puccini’s Tosca. Full Series subscribers will have the opportunity to replace their fifth opera with seats to the Joyce DiDonato “VIVA DIVA!” concert and gala on May 10, 2021; donate the prorated value of their fifth-opera tickets to TDO’s fundraising efforts; apply the credit to their 2021/2022 Season tickets; or receive a refund.

“This virus is a serious threat to all the hallmarks of grand opera, which include amassing huge forces on stage and in the pit, bringing large crowds together in our theaters, assembling casts from all over the world, and listening to singers, sometimes in passionate embrace, filling the hall with powerful voices and glorious sound without the use of microphones,” Derrer said.

“Our mission at The Dallas Opera has always been to give our audiences thrilling, world-class opera, but the COVID-19 pandemic has forced us to re-position our operations, at least for the near future. Safety concerns for our audiences, artists, and staff; travel restrictions for artists; new social distancing needs both on stage and in the theater—the myriad uncertainties and restrictions caused by this pandemic have led us to the difficult decision that we cannot open in October 2020, as originally scheduled.”

The season has been reduced by one production to work within the existing dates of TDO’s rehearsal and performance calendar, with the intent of preserving as many of the already advertised performance dates as possible. Regarding repertoire changes to the season’s mainstage offerings, Derrer said that both he and Emmanuel Villaume, TDO’s Mrs. Eugene McDermott music director, were committed to bringing Wagner’s rarely performed Lohengrin to Dallas audiences. “But given the large number of forces required to produce this monumental masterpiece and unpredictable travel restrictions for our international artists, we are postponing its presentation until we can assure our audiences of the highest artistic experience,”Derrer explained. “Also, with so much of Verdi’s magnificent Don Carlo already rehearsed, a cost saving for TDO—and with many original cast members—it seemed appropriate to give Don Carlo a second chance, knowing that Orfeo ed Euridice can
easily be programmed in a future season.”

As well as programming changes and a realignment of performance dates, consolidating the season into spring has necessitated some changes in casting, which will be updated on the company website at dallasopera.org/2021Season on an ongoing basis.

Derrer also stated that staging modifications are being anticipated in light of COVID-19 concerns. “Audiences can still expect to enjoy a full theatrical experience,” he said, “even though our creative and production teams may be adapting the originally planned productions.”

Derrer said that while a constriction of performances was a necessity in 2021, the company remained committed to presenting and creating quality educational experiences—both online and in person—for students and educational partners throughout North Texas.

While live performances will not resume until the spring, the company will continue to engage its audiences via its digital platform, the TDO Network, which offers a wide variety of programming viewed to date by more than 5 million people in 50 different countries.

Derrer also said that he deeply regretted that the financial ramifications of the pandemic have forced the company to introduce layoffs and make further staff cutbacks. Effective today, five administrative staff members will be laid off, six full-time positions will become part-time or seasonal, and two positions will be furloughed. TDO’s fulltime administrative and artistic staff has been reduced from 40 to 26. Previously announced salary reductions remain in place.

TDO has already suffered the loss of $1.6 million in projected revenue from cancelled performances in the 2019/2020 Season, and ticket revenue for the 2021 Season will be reduced because of the constriction of the season. Fewer performances translate to less available work for many parts of the company, including orchestra, chorus, stage personnel, seasonal staff, as well as administrative personnel.

Derrer said that a special fundraising effort was in full swing to address the financial ramifications of COVID-19 and sustain the company for the future. The Dallas Opera Emergency Relief (DOER) Fund has a goal of $4 million with an end date of September 30, 2020. “We are counting on our loyal donors to come through for us as they always have, because the long-term viability of our company is truly at stake.”

A new fundraising initiative will follow in October 2020. An extension of the current DOER campaign, it will be a three-year effort to solidify TDO’s financial foundation for stable and continued growth, and will position the company to weather future unexpected events.

Operas and Events for TDO’s spring 2021 Season are as follows: