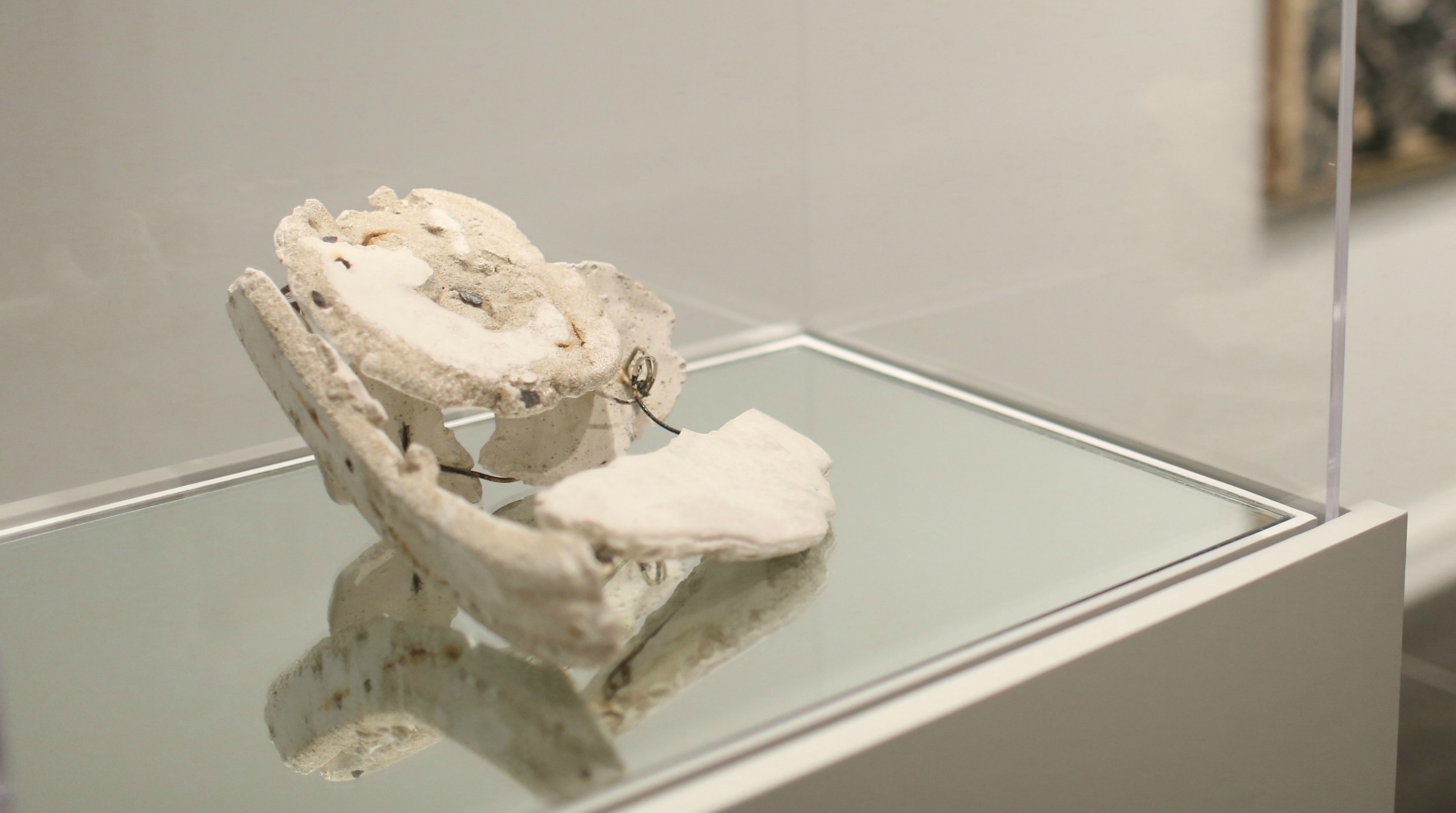 Looking like the miniature, wired-together pieces of a broken pelvis, one of only a handful of abstract sculptures Jackson Pollock ever created has been acquired by the Dallas Museum of Art. The untitled piece is currently on view in ‘Blind Spots,’ the DMA’s acclaimed re-examination of Pollock’s ‘black’ paintings which closes March 20th. The sculpture was purchased from the Tony Smith Estate. Pollock created the piece while he was staying with his friend Tony Smith in the summer of 1956. Pollock was depressed and unable to paint, so he turned to working on a small series of sand-and-plaster sculptures. These are believed to be the last art works he created before his death at 44. ‘Untitled’ is now the third Pollock the DMA owns, along with the esteemed ‘Cathedral.’

Dallas, TX, March 4, 2016 — The Dallas Museum of Art announced today that it has acquired one of Jackson Pollock’s only existing sculptures, a work that offers unique insight into the artist’s creative trajectory. Created just weeks before Pollock’s death, Untitled (1956) is one of just six of the artist’s sculptures in existence, all but one of which are currently held in private collections. The sculpture is currently receiving a rare public presentation in the DMA’s celebrated exhibition Jackson Pollock: Blind Spots, only the third major U.S. museum exhibition to focus solely on the artist and the largest-ever survey of Pollock’s black paintings.

Primarily known for his iconic “drip” paintings, Pollock produced more than a dozen sculptures over the course of his career, many of which were later lost or destroyed by the artist himself. The surviving sculptures reflect Pollock’s distinctive aesthetic and inform a greater understanding of the experimental, almost improvisatory approach that characterized his practice. Rarely exhibited during his lifetime, Untitled (1956) seems to precede the aesthetic sensibility variously known as Anti-Form, Post-Minimalism, or Process art, which would be carried out in the following generations by artists such as Eva Hesse, Richard Serra, Bruce Nauman and others.

The acquisition is one of two extant sculptures that Pollock created in the summer of 1956, while he was staying at the home of his friend and contemporary Tony Smith. Struggling with depression and unable to paint, Pollock produced over the course of a single weekend a series of vivid abstract sculptures composed of sand, plaster, wire and gauze. These sculptures are believed to be Pollock’s last completed works prior to his death in a car accident at the age of 44.

The sculpture was acquired by the DMA from the Tony Smith Estate, with support from The Gayle and Paul Stoffel Fund for Contemporary Art Acquisition. Untitled becomes the third Pollock work to enter the DMA’s modern and contemporary holdings, which also include the highly regarded paintings Cathedral (1947) and Portrait and a Dream (1953).

“The DMA has long played an important role in showcasing the legacy of Jackson Pollock, from becoming one of the first American museums to acquire his paintings to being the first in nearly 50 years to exhibit his influential black paintings series,” said the DMA’s Interim Director Walter Elcock. “We are deeply grateful to Gayle and Paul Stoffel for their support of this acquisition, which makes the DMA one of only two museums in the world to hold a portion of Pollock’s surviving work as a sculptor.”

“Even as his work as a painter transformed the landscape of 20th-century art, Jackson Pollock repeatedly returned to sculpture throughout his career as a means of investigating the liberating qualities of non-traditional forms and materials,” said Gavin Delahunty, the DMA’s Hoffman Family Senior Curator of Contemporary Art. “The receipt of this rarely exhibited work into our collection represents a perfect capstone to our ongoing exhibition of Pollock’s black paintings series, itself a step toward our understanding of another under-examined vein in the artist’s practice.”

Jackson Pollock: Blind Spots is on view through March 20, 2016, at the Dallas Museum of Art.