Edith O’Donnell’s contributions to the Dallas Museum of Art, the University of Texas at Dallas, UT-Southwestern and the Perot Museum of Nature and Science were initially kept low-key but ultimately transformed those institutions and North Texas philanthropy. With her donations, O’Donnell brought her focus on the interconnection of the arts, technology, research and lifetime education. She died at her home on Saturday.

O’Donnell began her relationship with the DMA as a volunteer in 1952 back when the museum was housed in Fair Park.  This was four years before she and her husband Peter co-founded the O’Donnell Foundation. Sixty-eight years later, in 2013, it was the couple’s gift of $9 million that allowed the DMA to re-establish its free-admissions policy for all visitors. 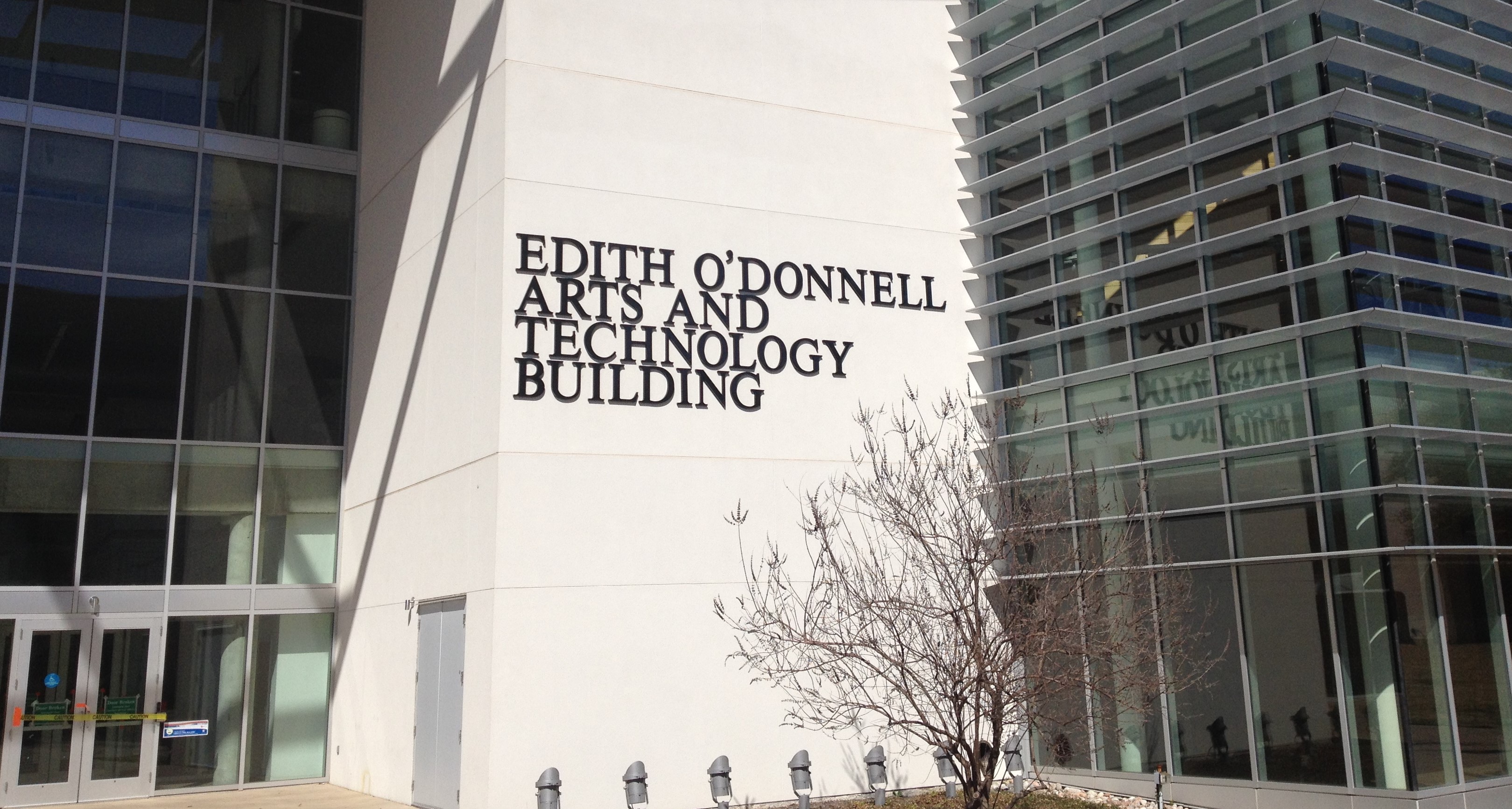 The Edith O’Donnell Building opened on the UTD campus in 2013. Photo: Jerome Weeks

That same year saw the opening of the Edith O’Donnell Arts and Technology Building on the UTD campus. It was designed by STUDIOS Architecture, the firm that designed Google’s headquarters in Mountain View, California. The building houses the Edith O’Donnell Institute of Art History — which, two years later, also opened a research center on the second floor at the DMA. O’Donnell had donated $17 million to UTD for the creation of the institute and half-a-million dollars for the DMA satellite center.

O’Donnell’s dedication to the combination of arts and education even extended to the DMA’s annual Young Masters show which from 1996 to 2018, featured selected works by Dallas-area high school students in Advanced Placement art history, music theater and studio art classes. More than 20,000 students had their first museum exhibition through the program–  in the DMA’s own galleries. [Full disclosure: My son had his self-portrait selected for exhibition].

O’Donnell was born in Abilene in 1926 — her mother, Ruth, was a local philanthropist. And she married her husband Peter in 1952. He was successful as a securities trader, and together they’ve donated more than $700 million over more than 60 years. 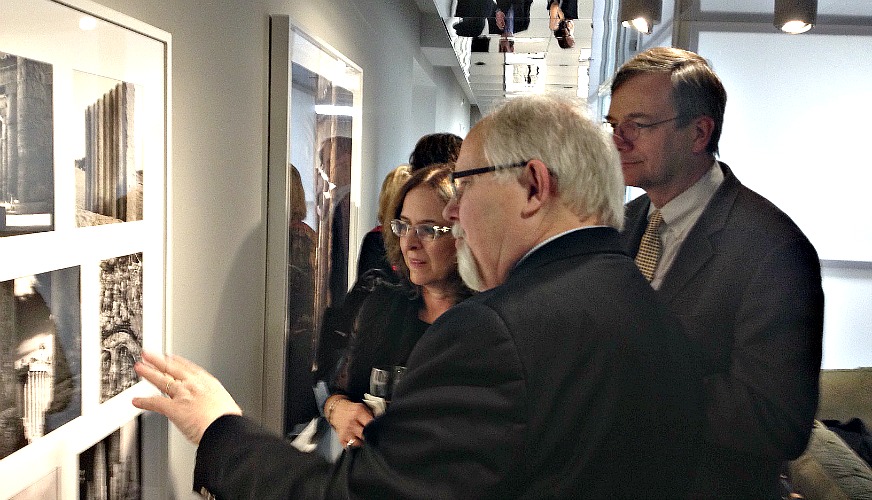 The late Richard Brettell, director of the Edith O’Donnell Institute of Art History at UTD, at the 2015 opening of the new O’Donnell research center at the DMA. Photo: Jerome Weeks

It was the late Rick Brettell — former director of the DMA and later a distinguished professor at UTD — who truly tapped into O’Donnell’s passion for creative ventures. It was Brettell’s idea to establish an innovative center for art history at UTD. As part of the university’s ATEC (School of Arts, Technology and Emerging Communication), the O’Donnell Institute foregrounded art research in a university founded and primarily known as a high-tech engineering center. Brettell became the institute’s founding director.

With her and her husband’s other gifts to everything from Young Audiences of Greater Dallas (which she co-founded in 1967 and which later became Big Thought) to Booker T. Washington Arts Magnet High School, the AT&T Performing Arts Center and SMU’s Meadows School of the Arts, the O’Donnells became one of the most significant patron-couples in North Texas culture.

O’Donnell is survived by Peter, her husband, and their daughters, Ann Stevanovich, Carol Kradolfer, Ruth Mutch and six grandchildren. Services are still pending. Instead of flowers, the family suggests contributions to the Edith O’Donnell Institute, the DMA and Big Thought.