At this point, there’s no way you haven’t heard about the Dallas Museum of Art’s new exhibition “Mexico: 1900 to 1950.” Whether you’ve heard about the exhibit’s historic attendance, reaching 11,000 in its first week, the iconic headliners such as Diego Rivera, Frida Kahlo and Jose Clement Orozco or the buzz around the DMA’s new director Agustín Arteaga.

Last week, Aretega gave Think host Krys Boyd a tour of “Mexico: 1900 to 1950” and later joined her in studio to talk in depth about the exhibition.

Here are eight insights about the exhibit ionthat you probably haven’t heard yet.

On how female patrons influenced Mexican modern art in the first half of the 20th Century:

“There were many patrons and there’s a section downstairs that is referred to the ‘strong woman.’ We’re going to see there how the artists are strong on their own. We think always about Frida Kahlo as a unique character, but she was not alone in her gender. There were others who were as active and as radical as she was. And we find María Asúnsolo there as a patron who supported many artist and is painted with this beautiful Siqueiros large-scale painting portrait. She was a very wealthy lady who was extremely supportive of artists. . . . She was painted somehow as a homage or in return for her support by almost everyone at the time. When she died she gave all her collection of self- portraits to the national museum of art [Museo Nacional de Arte.]” 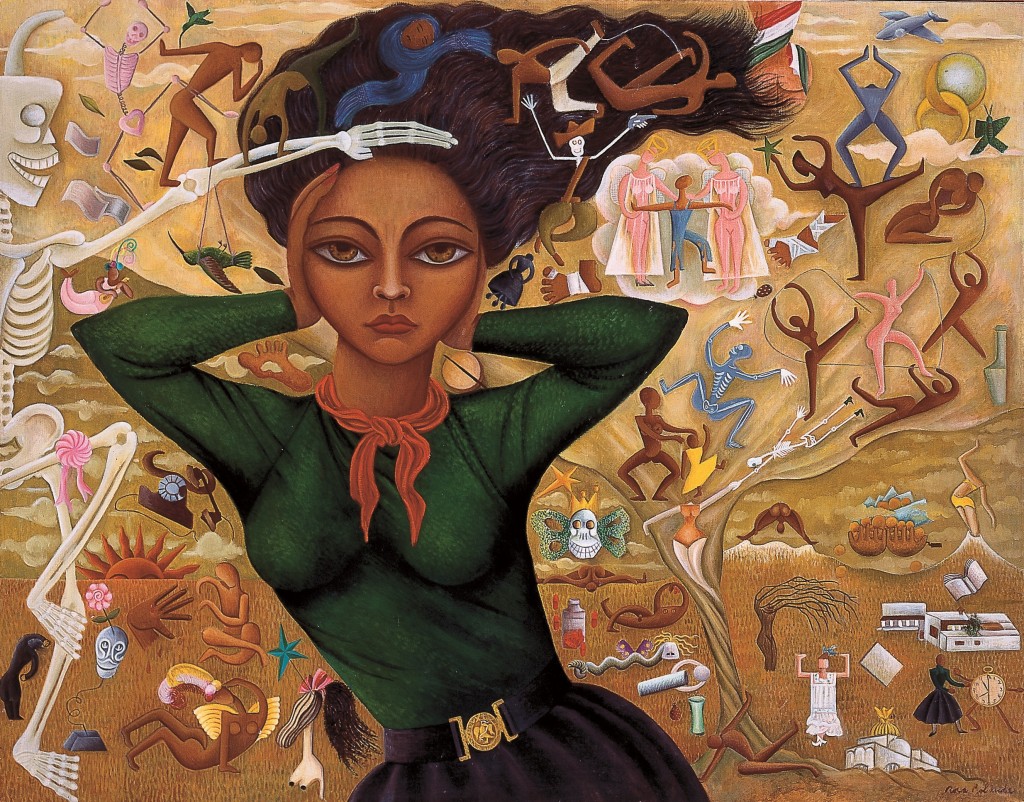 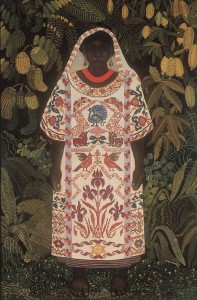 On how art gave Mexicans pride in their mestizo heritage — mixed, indigenous and Spanish:

“Art really acknowledged and provided a face for those people after the Revolution.  And as I said before, we were thinking about it as early as the late 19th century. But it consolidates in a political discourse and an ideological message that you could be proud of your indigenous past and your indigenous blood. You did not have to think of yourself as being a lesser person. . . . When society was so split, and I can imagine that we could make a parallel comparison with what happened with the Civil War in the U.S.”

On how he convinced himself to transport “Las Dos Fridas”– one of Kahlo’s least moved and most fragile works — to the DMA:

“You have to prove to yourself that you’re using the work as part of a very serious academic discourse. That it’s relevant for people to understand and discover what you’re talking about. So that you don’t think that it’s just like a marketing tool.”

“Feet, what do I need you for when I have wings to fly?” See Frida and her contemporaries beginning Sunday!!! #VivaDMA #fridakahlo 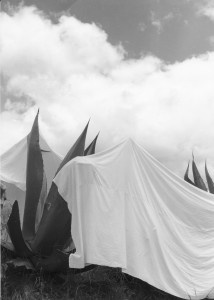 On lesser-known artists to look out for:

“We have over 60 artists in the show. . . .  Out of those, there’s almost 20 percent that are female artists. . . . Look for them, because you’re familiar with one, which is Frida Kahlo, everybody knows that name. But there are other photographers, painters, printers, doing textiles and they’re extraordinary artists that deserve big attention. We’re talking about Lola Alvarez Bravo or Tina Modotti or Nahui Olin. Those are just a few names. . . . What we wanted do with this exhibition is to really be enabled to let people know what’s the forest like — because we’re always looking at the very big trees. So, everything else is kind of hidden under their shadow. And there are magnificent artists. . . . If you look at Ángel Zárraga, you’re going to see an artist that went through all kind of transformations: from symbolism to the Cubism to the neoclassicism. . . . Then you will see  [Roberto] Montenegro, at beginning you’ll see these gorgeous little drawings that are completely decadent and sensual. Then, we see these large-scale mural paintings that in 1931 that are completely different but still amazing.”

On the female artist that the Paris press called the “New Frida”:

“Nahui Olin, the press and the people started calling her the new Frida. You have to go see her, she’s an extraordinary character. . . . She took everyone by surprise. Seeing her being a young women in Paris in the early teens, then moving back to Mexico and painting in New York. Always using herself in a subject matter, but in a very different attitude than for example, what Frida Kahlo does. And this section that we talked about, the strong women, is always presented with either portraits of the artist or self-portraits. She chose to direct her photographs, posing and directing the photographer to capture her nude for example. She was a big surprise for everyone.”

On the namesake of the Mexican Renaissance:

“The name of Mexican Renaissance comes after Jean Charlot, a French painter that comes to live in Mexico. He comes back, works largely in the U.S. and then lives in Hawaii where he dies and was extremely influential there. [He] talked about what was happening in Mexico with murals. The idea from the renaissance comes from the idea that the murals, as we knew them, came from Italy from the Renaissance period, when we see all these gorgeous mural covering of churches and palaces. It first gets its name from this association with that, but it also has to do with the re-flourishing of a culture. This means that suddenly, Mexican art was again in a time of splendor. Where art was being done in every public building and people from all over the world were either watching or collecting. If you look at this now, there’s a lot of works of art that are collected by major institutions around the world of Mexican art. . . . There was this energy that really made Mexico a destination point at the the time.” 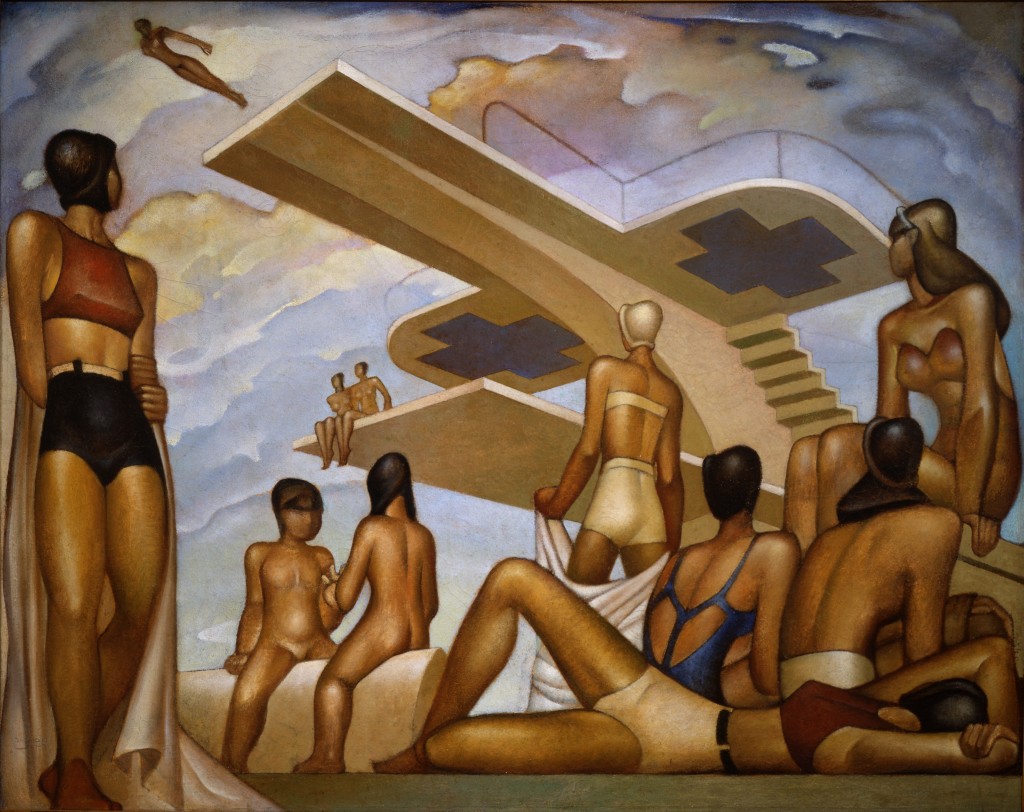 On how the Communist movement affected Mexican art:

Art around the world were affected by [the] Communist movement. . . . In Mexico, in particular, a group of the large part of those artists align into unions, you have a union of artists that were sculptures, painters, printers, and would work together on behalf of a social idea of a better world. And the art had changed into directions that were not the conventional, traditional art consuming market-driven situation. Therefore, Tajer de la Grafica Popular, the graphic arts workshop, would print wood coats of the great artist on very humble pieces of paper and distribute them for free or sell them for basically nothing, so people could have access to those works, to works of arts for their homes.

On how Arteaga went against the grain while marketing the exhibition:

We created a group of volunteers, about 80 young men and women, students from college mostly, grad students and a few high school. We created a group that is called “Yo Soy DMA,” I am DMA. . . .  I lectured [them] several times before the museum exhibition opened. But what we wanted to do was to have a group of people breaking the mold and not using the traditional website, email, Facebook. But really going back to basics and printing posters and printing postcards that would be delivered in churches, in little stores, in the beauty parlor, the taqueria, the garage and inviting people to come to the museum.

Make it an artful Sunday with free admission to “México 1900-1950” presented by the M.O.B. Family Foundation #DMAFamilyDay #VivaDMA #sundayfunday #ᴇᴀsᴛᴇʀ2017