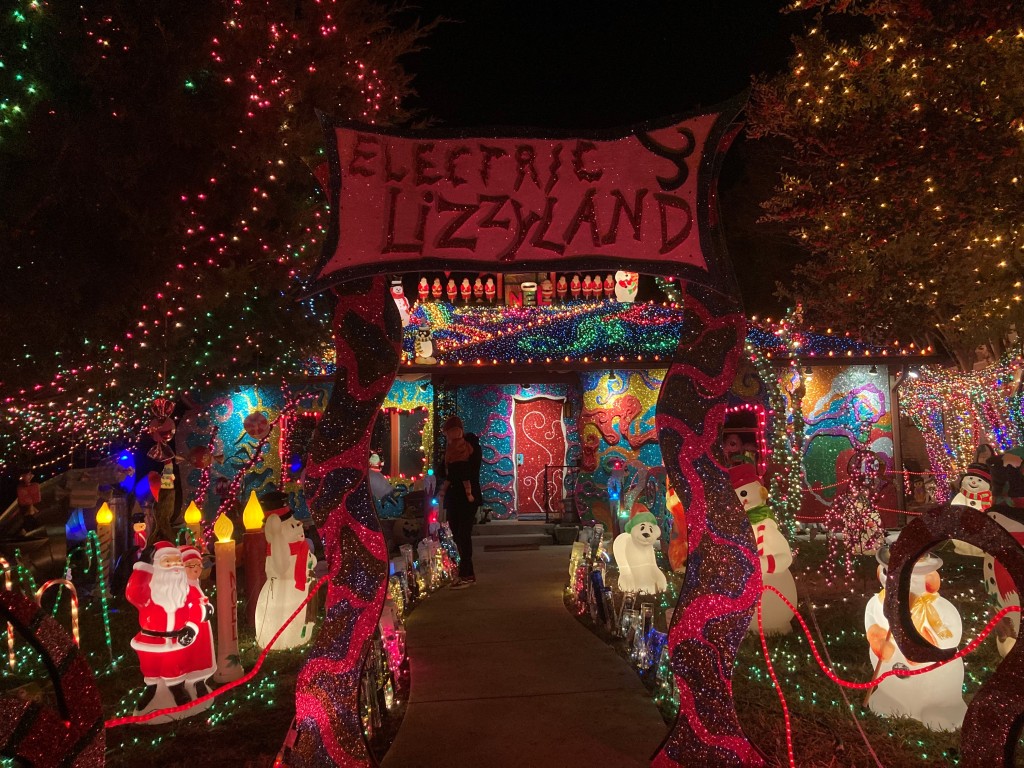 You know what they say, “Go big or go home.” As it turns out, Liz Simmons, the creator of Electric Lizzyland, did both.

Simmons’ home in the Old East Dallas neighborhood of Hollywood/Santa Monica is its very own Christmas Town with a light display so large and unique it’s become a go-to destination on the list of those seeking twinkling holiday cheer. 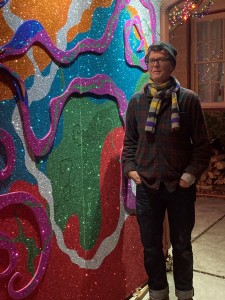 The idea for Electric Lizzyland started small and at a previous address about 20 Christmases ago. That’s when Simmons and her neighbors broke out their hot-glue guns and decorated their fourplex with 8000 mini-lights. Simmons says from then on she was hooked.

“I just got bit by it I guess. And every year I’d start adding stuff and just figuring out how to do new things. We made a paper mache polar bear that is now The Abominable. It just kind of it started there and it grew.”

And grew it did. Since Simmons moved to the Hollywood/Santa Monica neighborhood in 1999 she’s added significantly to her display. Today, around 50,000 twinkling lights adorn the house, rooftop and trees around the property. She’s even created a walk-through tunnel of lights along her driveway. There’s also a taxidermied coyote in the window and a small army of glowing blow molds that join The Abominable in the front yard. But the thing that really makes the whole display pop are the 3-D multicolored glitter walls that wrap Simmons’ house. Simmons estimates that around 40 pounds of glitter were used on the walls that she made herself. 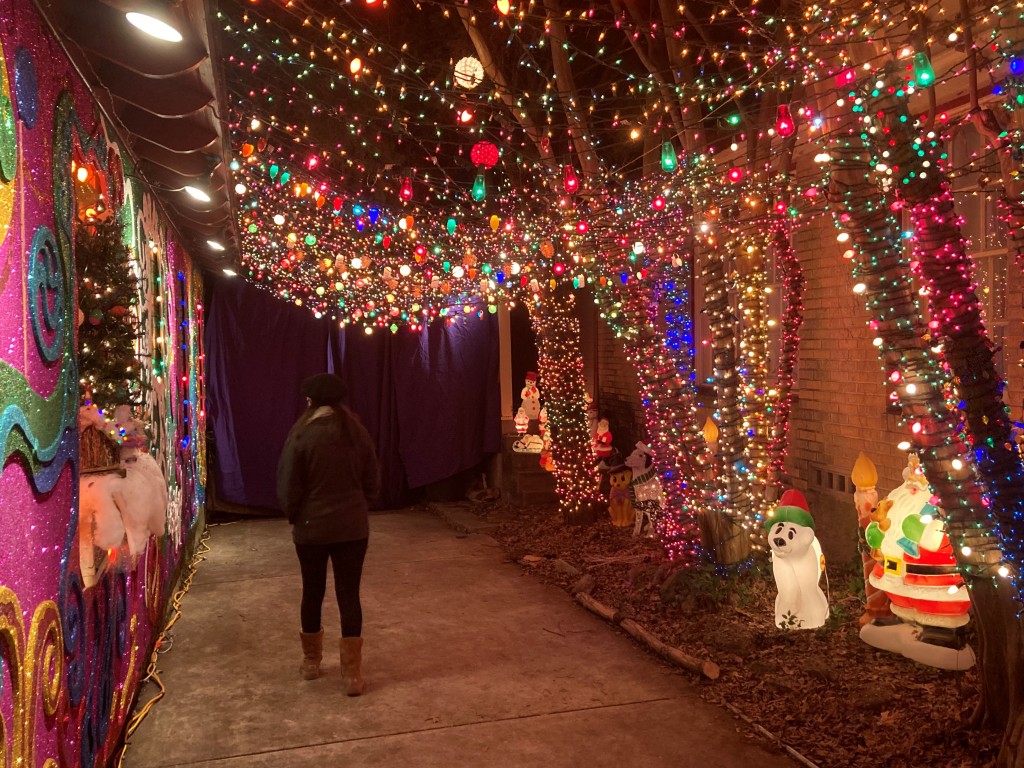 Take a stroll down the Christmas Tunnel at Electric Lizzyland. Photo: Therese Powell

Christmas comes early at Electric Lizzyland. Simmons says with of the help of her friend Twig Funderburk, she starts work on the installation around the beginning of September and she keeps adding elements even after the she flips the opening night switch.

You can catch the lights nightly from 6-10 through Christmas. Simmons says to check her Facebook page before you head over if the weather looks bad.

“It’s not just Christmas lights. There’s a lot more to it,” says Simmons. “There’s lots of handmade stuff– one of the kind of stuff that you’re not going to see anywhere else. Also, you don’t just drive by, you get out and walk around. It’s a Christmas community thing because people from all over our community come and people are surprised that each other here. So I like that about it as well.”

For a list of even more holiday activities around the North Texas area check out Art&Seek’s Holiday Event Guide.