Last month, the city of Dallas started six ‘micro-residencies.’  Artists or teams of artists spent at least a week learning what different city departments do – from trash removal to libraries. For this week’s Art & Seek Artist Spotlight, we find out what they learned.

Crystal Woods is the city of Dallas consumer health division manager. She was initially skeptical about the idea of “embedding” artists with city workers. “The first thing I thought of was, ‘What are they going to do?’” she asks. “They’re artists. We don’t need any statues or anything.” 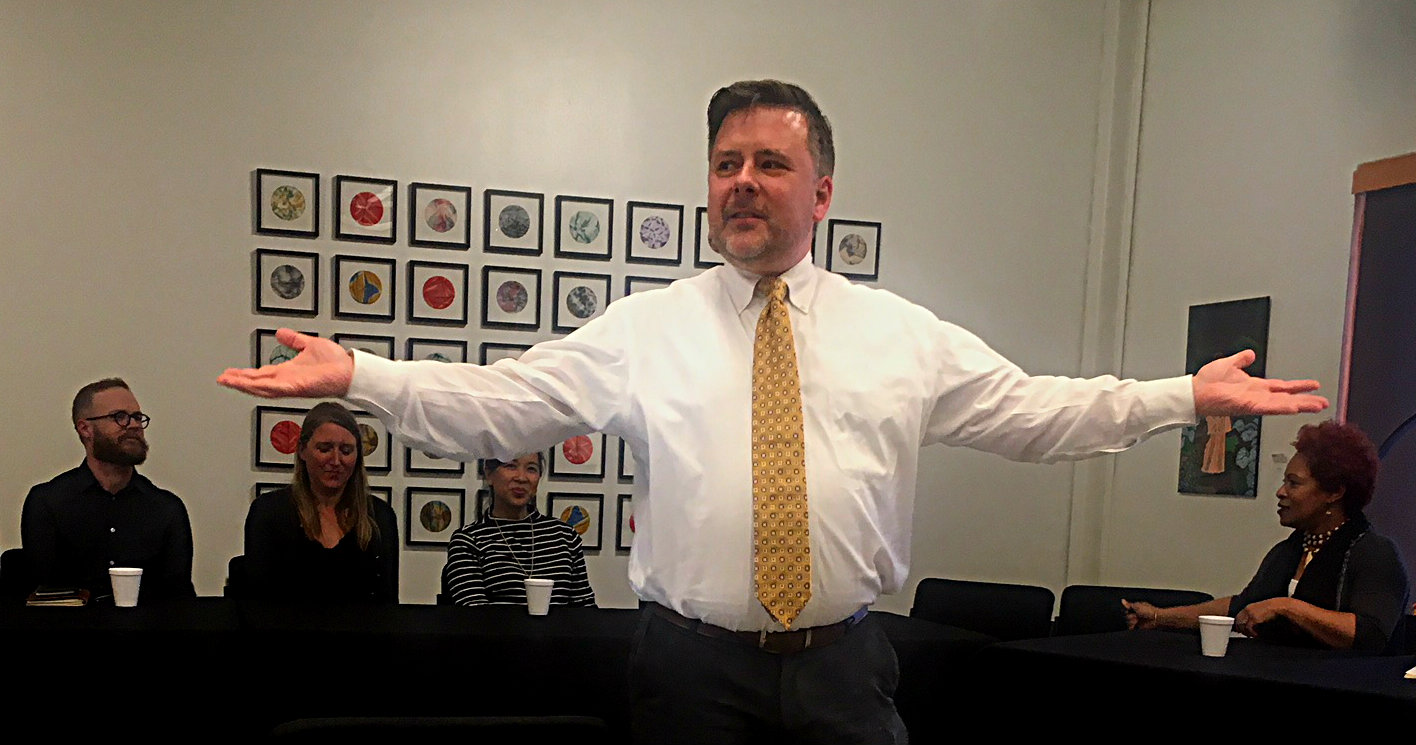 David Fisher of the Office of Cultural Affairs, opening the public report on artist microresidencies at the Latino Cultural Center. Photo: Jerome Weeks

Still, she says, “we’re gonna comply legally with what we have to comply with. But I hope they see something exciting. I’m open to a little change.”

Actually, putting up statues was never really the plan. Artists studying city departments up-close has been done from New York to Houston – with some residencies lasting six months or more. In Dallas, after being ‘embedded’ in a municipal office for just a week or so, the artists presented suggestions for different ways to do things, even ideas how the arts might help city government.

“The departments get to experience how an artistic, creative person thinks,” David Fisher explains. He’s the assistant manager of the Office of Cultural Affairs, which organized the micro-residencies. “But the artists also get a little bit of perspective into how the bureaucratic world works, and then to find that middle ground where we can benefit from creative problem-solving.”

In fact, a number of proposals presented Monday at the Latino Cultural Center often simply included items about getting the word out. Using Facebook, Instagram, even educational games for children — all to teach residents about what their city departments are already doing for them, how to access that information more easily. (The city’s service website is a pretty dense affair. There are a lot of city services and complaint areas — more than 200 categories in the pull-down list from ‘burned structure’ to ‘graffiti’ to ‘railroad crossing repair’ to ‘yard waste.’) 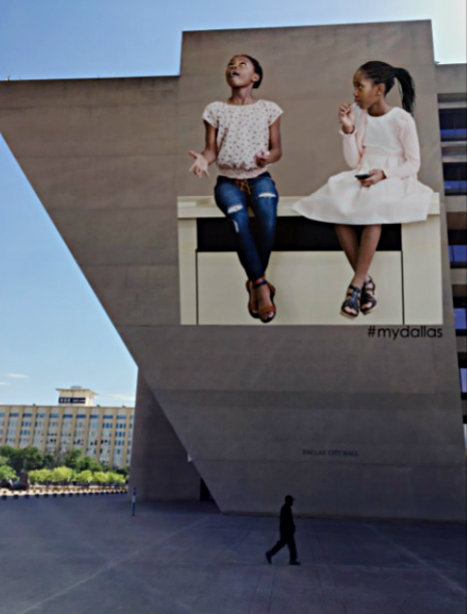 For example, Dallas has an Office on Welcoming Communities and Immigrant Affairs. It’s no shame if you didn’t know that. It’s only been around for a year. But a lot of immigrants don’t know it, either. And demographic studies say one in four people living here is an immigrant or a refugee.

“Many residents in Dallas are eligible for citizenship but don’t apply for it because they’re afraid,” says Kael Alford. She’s a prize-winning photojournalist who’s covered wars in the Balkans and Middle East. She embedded with Immigrant Affairs. “They think they’ve overstayed their visas or because of the discourse in our country. That is a shame because there are people who can vote if only they sign up.”

Alford spent much of her time in the Vickery Meadows immigrant community, taking pictures at Heart House Dallas, which helps children there with after-school care and language-training. Her idea was to make such residents — from Zimbabwe, from Burma  (“this city could use a lot more Burmese translators”) — more visible as Dallasites. She proposed giant photomurals of them posted around town — like on the side of City Hall.

These artist microresidencies were suggested by Lord Cultural Resources. They’re the consulting firm helping the city develop its new Cultural Plan. Each artist or artist team got a thousand dollars for visiting a week or so with a city department and then pitching possible ways to improve operations.

Iv Amenti is a social practice artist who partnered with the Parks and Recreation Department. She found Dallas doesn’t really have ample rec facilities for senior citizens. Worse, during summers, most centers are in peak demand for youth activities.

Amenti proposed collaborations between the two demographic groups that could decrease isolation and depression among the elderly, while helping pass on family histories to children.

Abel Flores, Jr., and Ilknur Ozgur of the experimental performance company Artstillery were paired with public libraries — and Kjirstine Nielsen of the DPL steered them in particular to Skyline Public Library in East Dallas. At Skyline, they found a closed-off balcony space. Ozgur says, one of the chief questions they asked themselves was, ‘How could we really utilize the building as a whole more creatively, artistically, and monetize the whole process? Because that’s very important as well.’

An architect on their board suggested a way the balcony space could be brought up to code for relatively little cost — making the space available for work-study, community meetings, even for rental for weddings or receptions.

How these artists and their different departments were matched up was via a ‘speed dating round,’ Fisher says. Everyone had five minutes to explain what they did. This sometimes led to odd-couple teams. Justin Childress and Gray Garmon are both designers. Yet they spent two weeks with the Department of Code Compliance. Which has nothing to do with design. 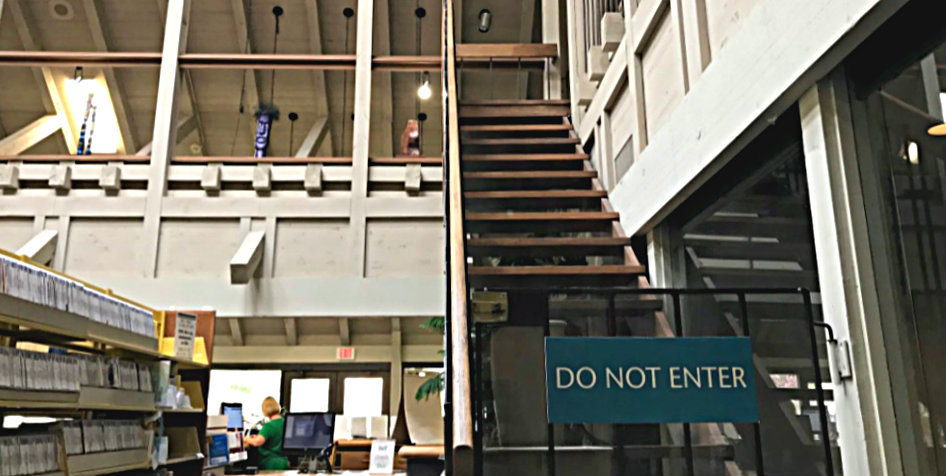 “Both Gray and I are drawn to things that might be hard for us to understand,” says Childress. “We asked a lot of questions,” says Garmon, “and realized that we didn’t know anything about Code Compliance.”

Code Compliance is made up of five offices and covers everything from spraying for mosquitoes and collecting abandoned tires to demolishing empty, dangerous houses. Garmon and Childress went on ride-alongs — like inspecting a restaurant, which Code Compliance does twice a year for every restaurant. (“Won’t tell you which one,” insists Childress. “But it passed.”)

The two artists describe their approach as ‘outcome agnostic.’ Whether they came up with an art work or a change in protocol didn’t matter. But as designers concerned with clarity and purpose, the two were impressed by Code Compliance.

“It feels like at every turn,” says Garmon, “you have a question like, ‘Well, is there a rule or a policy or a mechanism that makes our communities healthier or safer?’ And I feel like Code Compliance always has a really good, solid answer for it.”

The designers learned some Dallasites are very concerned with code compliance, often calling in about vacant lots. But most residents have little idea, for instance, the city has sheds full of edgers and mowers to lend groups wanting to cleap up our parks. So – just one of Childress and Garmon’s suggestions was simply offering public, educational ride-alongs, like the ones they took.

Gray Garmon (standing) explains their ride-alongs while Brad Childress and Manda Shreve, assistant manager of Code Compliance (to his right) listen. Then Melissa Gonzales, who was paired with urban design, and Peer Chacko, the head of city’s planning. Photo: Jerome Weeks

Mandy Shreve is assistant director of Code Compliance. “I think they found what I found when I first came to the department,” she says, “and that’s the code officers really care about living standards for people. And I think they’re really going to help us start communicating that with the public.”

Fisher from the Office of Cultural Affairs says no city money’s been set aside for the proposals — although some could be implemented quickly if individual departments find they’re beneficial.

And yes, there’s already talk about holding another round of micro-residencies.

But longer this time.