If you’ve ever enjoyed a swashbuckling adventure film, admired the discipline of Olympic fencing or even challenged your brother to a duel with an empty cardboard tube, you’ll want to catch the Victorian Fencing Society’s upcoming event, Grand Assault of Arms, at Farmers Branch Historical Park.

The unique event is a public exhibition of swordplay and sword fighting — done 19th-century style.

Unlike what you’re used to seeing in the Olympics or your favorite Errol Flynn movie, fencing in the 1800s was a practical part of a gentleman’s education and was considered a martial art needed to defend oneself on the battlefield — or one’s honor on the dueling ground.

Jonathan Carr, President of the Victorian Fencing Society, explains the differences between modern fencing and the society’s exhibition. 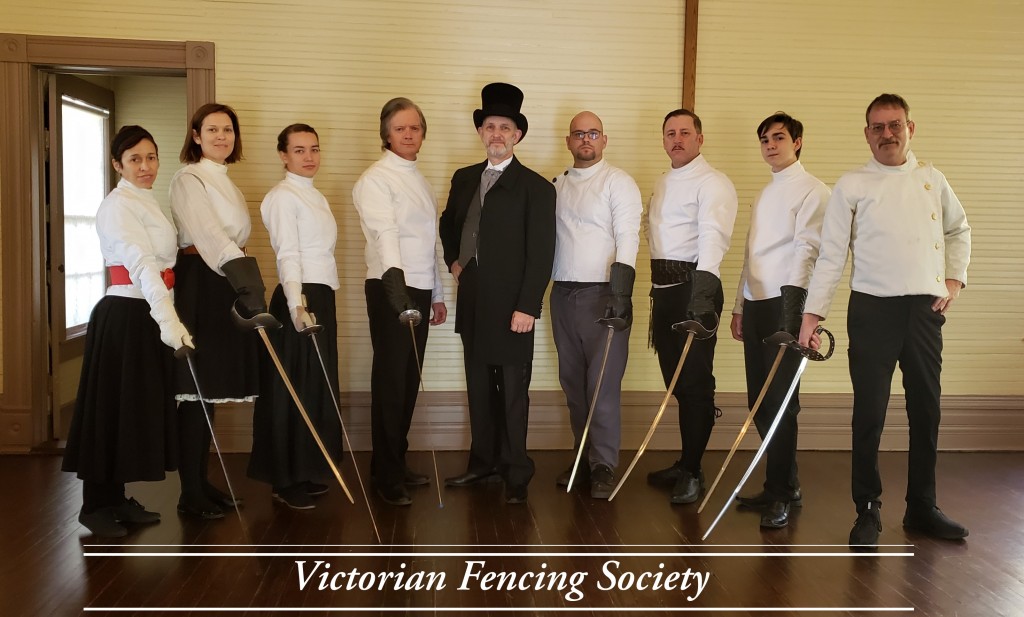 “In the Olympics or modern fencing, you’re trying to score points, like a game.  And the fencing you see in movies is choreographed like a dance. What we do is sword fighting where you’re learning how to defend yourself in a life-or-death situation — like they would have done in the 19th century.”

The Victorian Fencing Society’s Grand Assault of Arms recreates contests similar to the kind held throughout the 19th century. At these popular events, spectators flocked to see the famous swordsmen and swordswomen of the era face off in public.

Just like those contests of old, fencers in the Grand Assault of Arms exhibition will showcase their skills in a match with weapons from the era. These include Classical Foil, Military Saber and the Dueling Sword. In addition to the weaponry and swordplay, the exhibition will feature period fashions and uniforms.

“We really focus on the history of the period of the 19th century,” said Carr. “So in fact, we dress in the fashion that they would have dressed at the time. For instance, we have some women that participate in it, and they’re wearing skirts because of in the Victorian era, of course, it would have been scandalous for women to wear pants.”

The public is invited to cheer for their champions, ask questions and take photos at the event. Trained fencers will be on hand to answer any questions. A winner will be announced at the end of the event.

The Sixth Annual Grand Assault of Arms will be held Saturday, November 14, from 1 to 3 p.m. inside the church at the Farmers Branch Historical Park. Seating inside the church will be limited and socially distanced. Masks will be enforced. If the weather permits, the event will be moved outdoors.

For more information, visit the Victorian Fencing Society at victorianfencingsociety.com or the Fencing Institute of Texas at fenceintexas.org.