Fort Worth Opera’s JFK gets its world premiere Saturday. It recounts President Kennedy’s last night on earth, which many may not know was in Fort Worth. The opera blends other forgotten facts with fantasy in a story that’s some are calling the most anticipated new opera of the American season.

Fort Worth Opera director Darren Woods was looking for a very big, very local original opera for the company’s 70th anniversary. He’s lived in Fort Worth 15 years but this little fact took even him by surprise:

Woods liked it. He insisted the story stay in Fort Worth. He didn’t want to include Dallas.

“We know that story and I didn’t want to go there.” 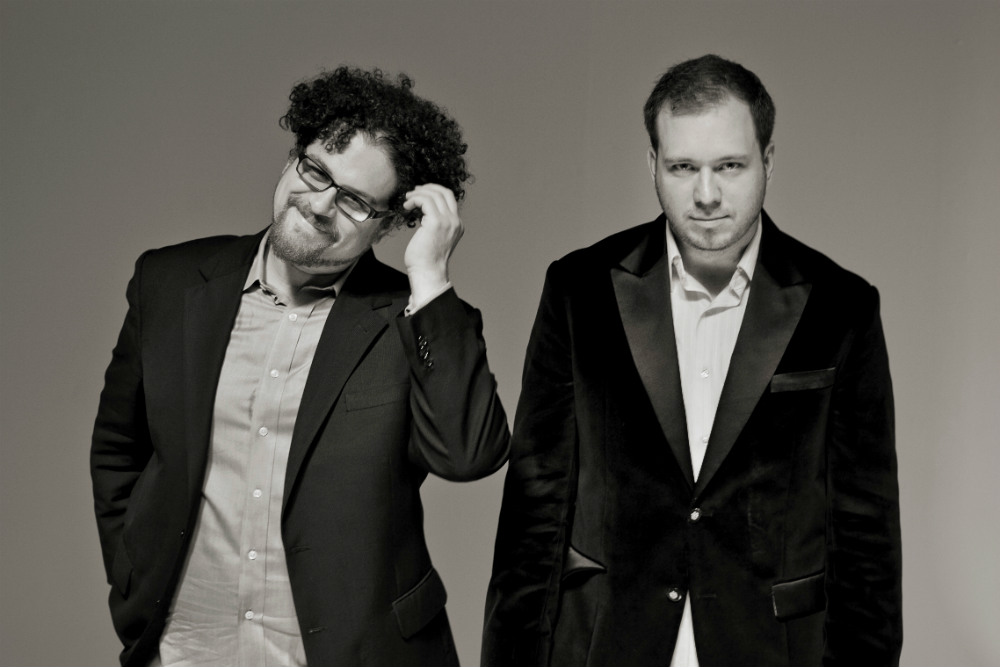 And Woods wanted librettist Royce Vavrek, and composer David T. Little to go away from the land of myth – where the Kennedys have been for decades. To make them people again, Vavrek turned things around.

“We took the myth of JFK and we really attempted to make him mortal,” Vavrek says.

The Kennedys arrived in Fort Worth November 21, 1963, stayed in what’s now The Fort Worth Hilton, appeared at a breakfast, then left.

“I remember coming here to this room looking out these magnificent tall windows,” says Vavrek, sitting in the hotel’s presidential suite. “The window from the hotel suite plays such a huge role in the opera.  Jackie opens it – her first image is looking out the window.

“And what were those conversations that he had with Jackie in the privacy of this suite?”

Of course, nobody knows. And here is where Vavrek and Little let imagination and wild fantasy take over.

Jackie gives Jack an injection to numb his notorious back pain. Jack falls asleep   soaking in the tub. A series of drug-induced dreams and hallucinations follow, including a first-time meeting with Jackie

In another scene, a pride of Texas political bosses led by LBJ crowd into Kennedy’s bathroom challenging his manhood, political and sexual. Soviet leader Nikita Khrushchev and a giant beach ball make an appearance. So do bouncing cheerleaders and the Texas Boys Choir – both performed for Kennedy in Fort Worth. And always there’s a chorus of the three Greek fates. They determine birth, life and death.

Little and Vavrek say reality and fantasy create tension between joy and tragedy.

“We deviated as much from the facts as the truth required,” says Little.

Both, says Little, are important in making the Kennedys real again for the audience.

“It’s really about this affirmation of life, because we know death is imminent.”

In the last aria, Jack’s optimistic because it’s a beautiful morning. The sun’s shining so he can leave the car top down. The chorus sits at tables. They wear red-lens 3-D glasses… the kind movie goers wore to watch horror films in the ’60s.