Skip Navigation
Home > ArtandSeek.net > Finding Your Funny In Fort Worth 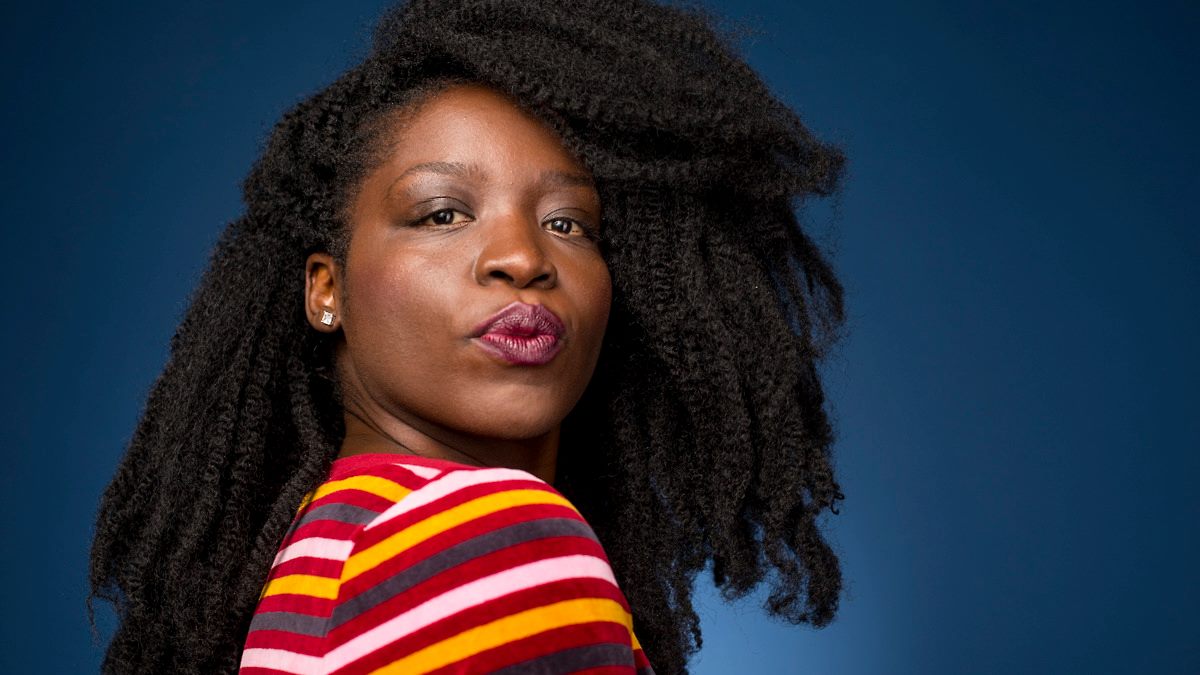 Most stand up comedians get three, five or maybe 10 minutes a night on stage. But almost all of the comedy specials on HBO or Netflix are an hour long. In this week’s Art&Seek Spotlight, we’ll tell you about a comedy residency in Fort Worth that’s letting emerging comics stretch their legs and find their funny.

The audience inside of Amphibian Stage Production’s theater space uproariously applauds as comedian Charla Lauriston takes the stage. “Thanks, guys!” she exclaims gleefully. “Thank you so much for coming out to this very fancy open mic. I appreciate it.” The crowd laughs at the sarcastic aside and then Lauriston continues, “I will be looking at my notes at certain points of the night, but thanks, guys. You guys are dope!” 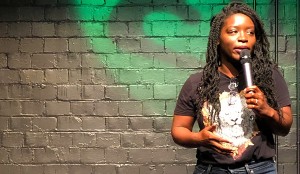 Lauriston – a short, 30-something black woman with braids – is a comedy writer in L.A. You’ve might’ve heard her jokes on “Unbreakable Kimmy Schmidt” or Comedy Central’s “Why? With Hannibal Buress.” But, before TV writing, Lauriston was a stand-up. And she’s hoping this weeklong residency re-energizes that part of her career.

“Frankly, you’re watching me trying to revive [my stand-up career],” Lauriston says while laughing. “Cause once you get into a writers’ room, you really don’t know what your schedule’s going to be like.”

Lauriston’s spent the past four years working in television, but she’s looking to raise her own profile.

“Basically that job is like learning the language of your showrunner, and so that’s really taken my focus and it’s why I was so excited about this residency,” she says.

Amphibian Stage Productions is largely known for debuting new works of theater. But recently, this residency has created a national buzz among comedians, because it’s helping comics break out. 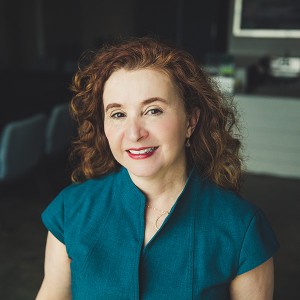 “I just really feel like comedians have to work under such difficult circumstances,” says Kathleen Culebro. “It’s one night one place. Another night the next place.”

Culebro’s a playwright and one of the founders of Amphibian. She sympathizes with stand-ups. That’s why she gives comics the time they need to work things out: an hour a night, for up to seven nights.

“There’s no pressure. You know? And sometimes they’ll come and ask me, “Do I have to do an hour? What if I’m short?” And I’m like, “Do whatever you want! Anything you want is fine. And bring out your notes. Try that. Do it,” she says.

Comedian Baron Vaughn hatched the idea for the comedic residencies. He stars on Netflix’s “Grace and Frankie” and the rebooted “Mystery Science Theater 3000.” He and Culebro collaborate to bring in comedians that need a safe space to workshop material. It’s sort of like how Amphibian nurtures playwrights with their New Play Festival.

“The goal is to support new work and to develop relationships with talented people. And to give them the opportunity to create something valuable,” says Culebro.

Back on stage, Lauriston is doing exactly what Culebro says – she’s creating comedic material that the audience is truly enjoying,

“Every dude I’ve ever met is at least a little bit garbage,” she says to a laughing audience. “I don’t know – every dude. And I have a husband. I think as a wife this is my job: You give your husband a lot of love and affection. The second job is to moisturize his skin. And the third job is to make sure he knows every single day that he’s a giant piece of garbage…”

After her set, Lauriston is ecstatic. “This is freaking amazing (laughs). I would not – unless I’m going to open mic after open mic – and you don’t get an hour at an open mic, you get three minutes, you know? This was great. It’s like such a great place to come and incubate an hour.”

The residencies aren’t just for national talent. Local comedians get a shot too. Dallas comedian Paulos Feerow has opened for some of the resident comics. 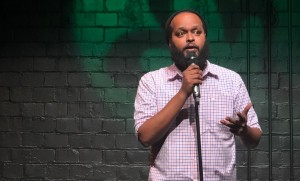 Stand-up comedian Paulos Feerow has been performing in North Texas for seven years. And he recruits local talent for the Phib Comedy Series.
Photo: Hady Mawajdeh

“I’m being super genuine when I say it was like one of the highlights, at that point for me, to get to open up Baron Vaughn, somebody who I looked up to and who’s comedy I had heard before,” Feerow says.

Feerow’s been working for nearly seven years. He’s got recurring gigs at clubs in Dallas and Fort Worth. That’s why Culebro tapped him to book the local talent. He says it’s an important gig.

“There’s a lot of comedy clubs in Dallas, but only a couple of people who get to do those spots, right. There’s some really funny talent here and it’s cool giving them a chance to work with some of these people that have made it or are on the cusp of breaking through,” says Feerow.

And, it’s jumps like that, that make this residency an opportunity not just for the comics – but for audiences too.

Want to catch one of these emerging comics before they’re on the Tonight Show? Well, former SNL cast member Sasheer Zamata is performing tonight and into the weekend. See some of her past routines below: