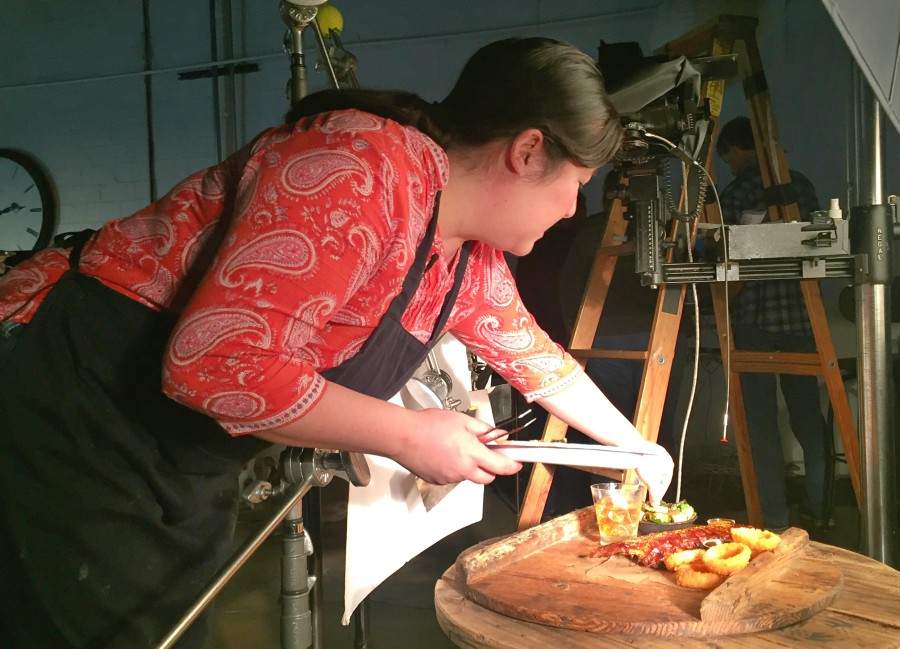 And thanks to Instagram – and the onslaught of cookbooks released each year – beautifully lit, impeccably styled food photography is everywhere. But what does it take to create those delicious looking photos? How do they make the food look so scrumptious? Art&Seek went into the kitchen with a food stylist to find out.

Want to see more food that’s been styled by Angela Yeung? Check out her Instagram account to see the newest projects she’s completed.

It’s not lunch time, but the kitchen located inside Rusty Hill’s photography studio is buzzing. On one side, hot oil crackles as brussels sprouts and onion rings fall into a deep fryer. Nearby, several racks of ribs are being prepared by food stylist Angela Yeung.

“So what we’ve done is trim the bones up,” explains Yeung. She wants the bones to be prominent in the photo, so she’s removed some excess meat. “Then we kind of par-baked them. And so right now, I’m about to season them and do the sauce, so that they look delicious.”

Yueng used to be a chef. So she knows how to prepare all sorts of foods. She began using her culinary skills to style food 10 years ago.

“Some of the people I work with are publishers,” says Yeung. “I’ve worked with Little Brown, Da Capo, D-K publishing. I’ve worked with Food & Wine and Food Network Magazine.” 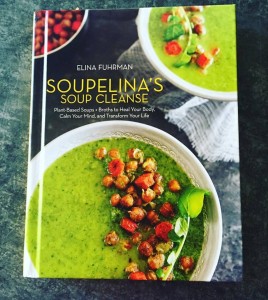 She also does a lot of commercial work. Some of the bigger clients are McDonalds, Frito Lay, Cargill and Central Market. Today, TGI Friday’s is her client. And she’s dressing those ribs for a summer advertising campaign.

The ribs are only partially cooked. She prepares them that way for photo shoots, so the meat keeps its shape and doesn’t fall off the bone. When she starts to add color to the ribs, she starts by slathering barbecue sauce on to them. Then she pulls out the blowtorch

“These ribs are grilled in the restaurant, so I’m just adding a little bit of char and then I’m also going to grill mark these,” says Yeung. 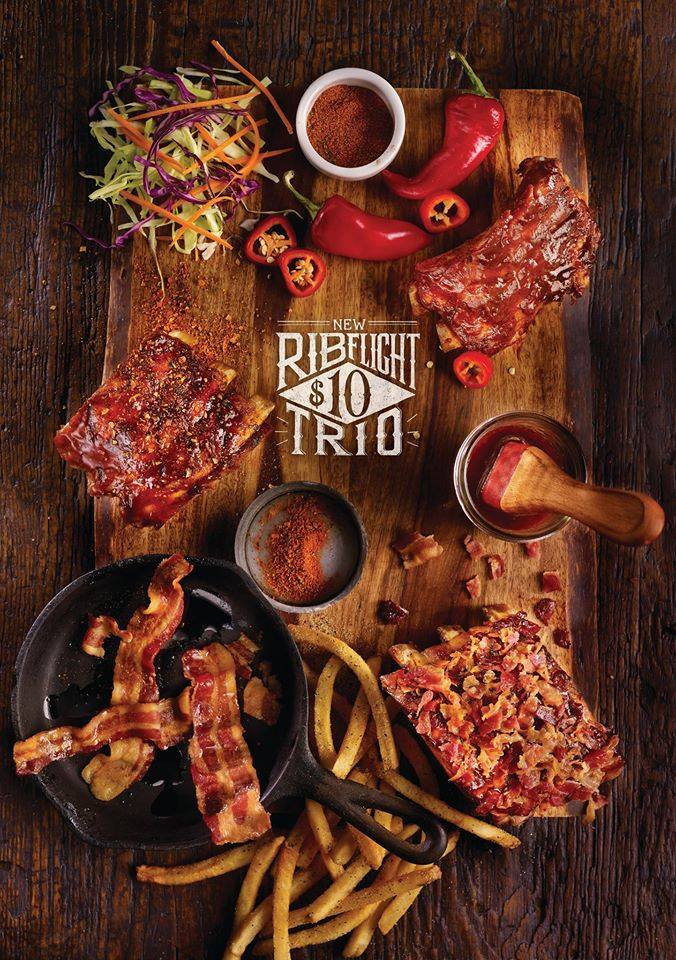 Yeung travels with a tall rolling toolbox packed with different-sized tweezers, chisels, needles and scissors. To add those grill marks, she selects six long chisels and heats them over an open flame. When the chisels touch the meat, it sizzles and the hot steel almost glows.

The ribs are ready for their closeup. Yeung sizes up the onion rings. She’s fried a bag of them, but will only choose the six most photogenic. She spends about 20 minutes carefully planting crumbs around them. Then she turns to the brussels sprouts.

“I guess this is the part where the art comes in,” Yeung says. “So I will take a couple of the brussels sprouts that are cut in half and show the cut side – which will read really well – and I might add some leaves in there.”

Yueng uses tweezers to pull foward the greenest leaves. The shot needs more color. It’s meticulous, but all in a days work.

Yeung’s interest in food started at an early age. Chinese family traditions – like eating Zongzi – which are kind of like Chinese tamales – sparked her interest.

“I grew up in a family where food was really important,” says Yeung. “I think it’s how we share our love. My grandmother would always send you home with little packages of food. And we grew up cooking together, so I think I’ve always had that love for food and that passion for food.”

“So when I was little I used to go to his studio and I would see beautiful plates of food and deserts. And I was never allowed to touch it or eat it and so it was – you know when you’re a kid, you’re so intrigued by that,” Yueng says. 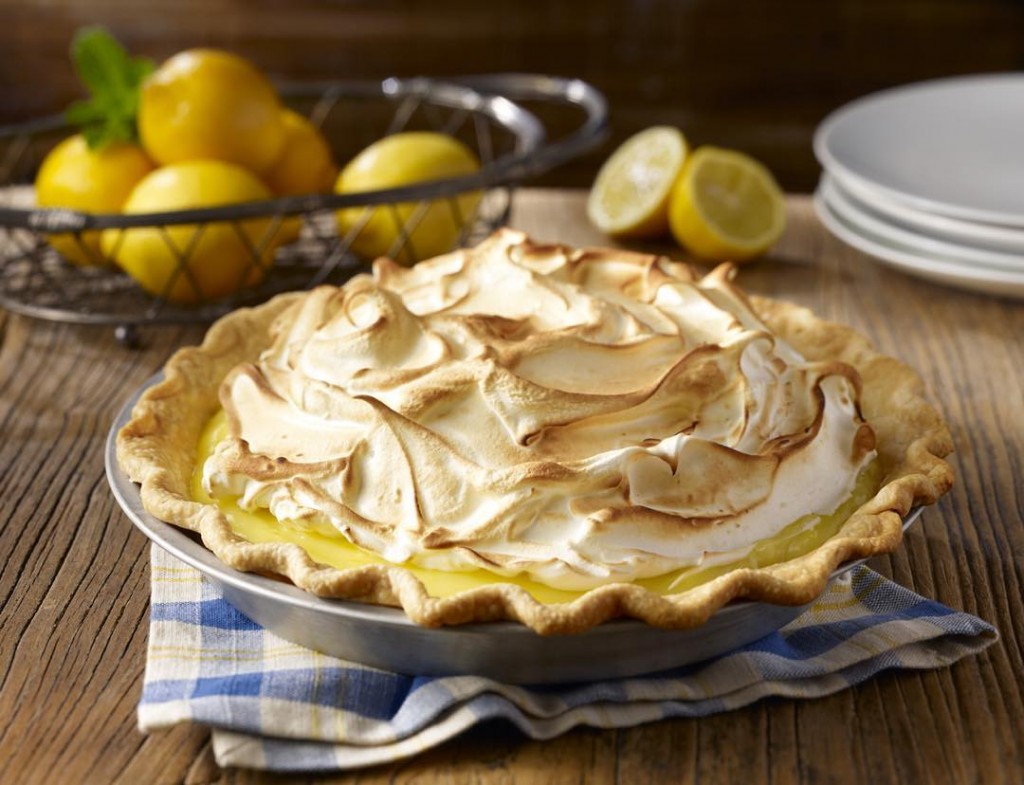 By her early 20s, Yeung was living in New Orleans and working for Susan Spicer, a James beard Award-winning chef.

“My very first job there was as the greens washer,” Yeung says. “I washed salad greens all day long for about a month and so I just kind of went from there and I worked every station.”

After three years, she decided to refine her skills. So she headed to France to attend the prestigious culinary academy – Ferrandi. 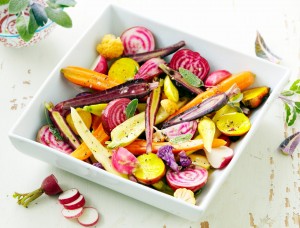 Her training helped her to land gigs at some of the top kitchens in America and France. She learned from other award winning chefs and saw firsthand what it took to be named a Michelin-starred restaurant.

“We got to work with really beautiful ingredients. The food was amazing. We worked with the best produce. So it was really wonderful to be able to see how they prepare it. It was the most difficult experience, but I also felt like I learned the most,” says Yeung.

The life of a chef is tough, so after a decade, she decided to return home to Dallas. And now, she doesn’t have to concentrate on how the food she’s preparing taste. She simply focuses on how her creations look.

“I mean basically we cook their food to make it look delicious for their menus and advertising. Yea, it’s basically hair and makeup for food,” Yueng says.

She sees her work everywhere. And though it’s no longer on the table, she loves seeing it on the menu.

Do you ever want to eat the food that you’re working with?

For me, it’s not really food any more. It’s a prop. You know? This is my craft and I look at the food like materials. Unless it’s sweets. I have a sweet tooth. I mean, it is food, but it’s really all about the visual. 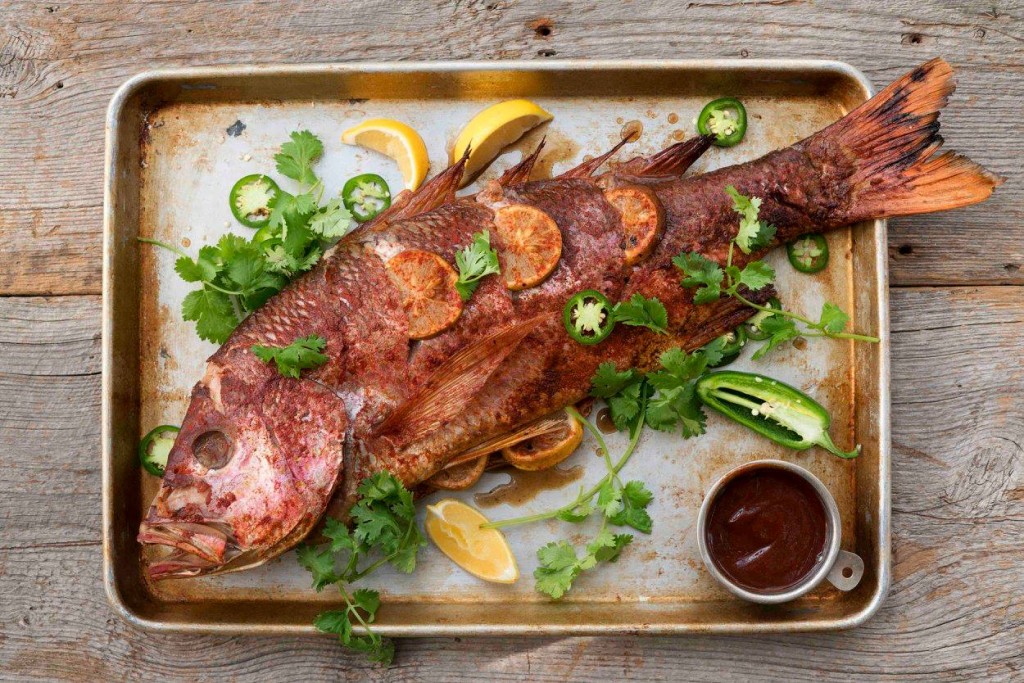 An example of an exotic food that Yeung has styled. Photo: angelayeung.com

What are some of the most gross or exotic foods that you’ve styled?

Gross? I think the grossest thing that I’ve styled was dog food. It was wet pet food and I had to pick out all of the little rice grains. I was also adding meat chunks, so that I could add texture. It was pretty nasty.

Exotic? That’s tough, because it’s really the just odd foods that stick out to me. Like once I had to style pigs feet. And this pig’s nail kept sticking up and I kept pushing it down. I am not sure that’s exotic, but it sticks out.

How does working in North Texas affect your work?

I think North Texas is a great food hub. A lot of my clients will test food concepts here. There are also a lot of chains here. So you may know this, but Chicago used to be known as a packaging town. Well, Dallas is a fast food town. So there are a lot of clients here. Also, there are a lot of ad agencies based in Dallas. So there’s an abundance of work in North Texas. 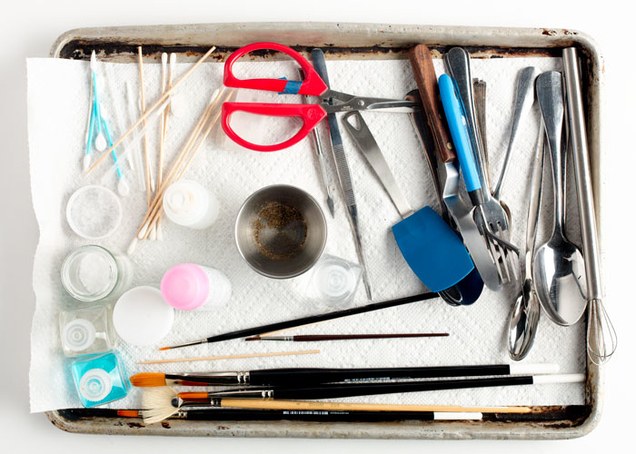 An example of what a food stylist might carry in their tool box.

What does the average week look like for a food stylist? Do you work everyday?

Well, every single shoot is a little bit different. Today’s shoot (with TGI Friday’s) is a one-day shoot. Tomorrow I am going to Tyler for a three-day shoot. I am going to be working on a holiday campaign. Christmas in June. But generally speaking, I get sent a layout or a guide and I go to the grocery store. I spend about 10 hours a week in grocery stores. Then I just go through the recipes and I try to find out if there are any items that I need to find that are specific to certain shoots.

Then we show up bright and early to the studio. Not my studio. The photographers’ studio. I am usually hired by photographers who are hired by companies or ad agencies. So yea. We show up early and start cooking. Once we’ve gotten the shot, I may go meet with another client. And after that, I go home. When I get home I will usually pack my SUV with all of the tools I will need for the next day’s shoot.

What is one of the hardest foods to style?

Fried chicken. When you fry chicken the skin gets tight and pulls back. That changes what the food will look like. Makes it less predictable. So we have to use tricks like pinning the skin back or super glue the skin. On top of that, clients are very particular about what the crumb looks like. So there can be a lot of chicken getting fried to make sure it looks perfect. 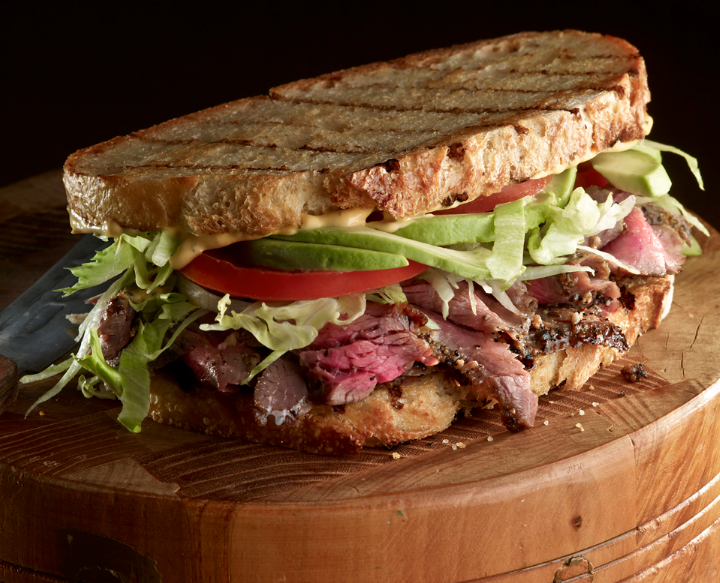 Yeung says sandwiches and burgers can be the hardest foods to style.

I am definitely creatively satisfied. I have been really fortunate that I have been able to work on projects that are really creative and those concepts have definitely been spilling into my more corporate work. It’s obviously different than cooking for people at a restaurant. You know? I am not hearing somebody say how delicious things are. Instead, I hear them say that they want to eat the food I am styling.

Would you say that food styling is an art?

I think there are definitely artistic elements. I mean we need to be aware of composition, color, texture and all of the things that make a great photograph. But there’s also a HUGE technical aspect in food styling. You need to know the food that you’re working with. You’ve got to know how long it can be under lights for photos. There are just small industry tricks that aren’t necessarily artistic.

What makes you special or different from other food stylist?

Well, I come from an artistic family. My mother paints and my father is a photographer, so yea. I guess I have that ingrained in me. Plus, I have a depth of culinary knowledge from working in fine dining for so long. I think that gives me a leg up.