Eduardo Meza is warming up as he waits for the rest of his classmates to join the day’s video lesson.

His teacher, Raphaëlle Siemers, looks on as the third grader plays the D major scale on his cello.

Siemers is a teaching artist with the Dallas Symphony Orchestra’s Young Musicians program. 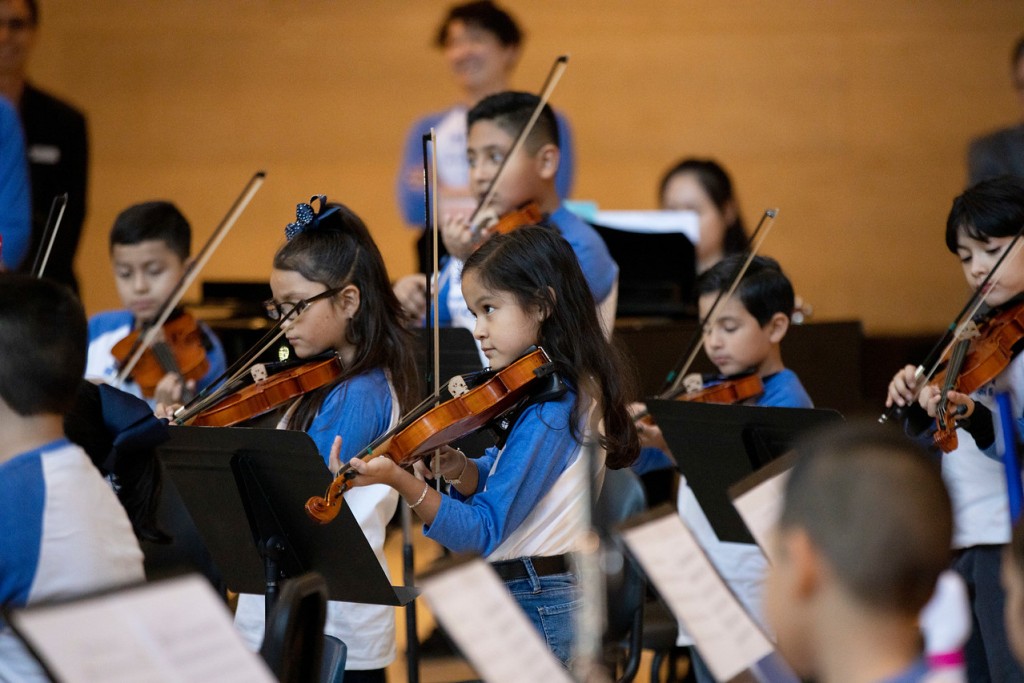 The initiative launched last year with the goal of improving access to music education for kids in Southern Dallas.

“We try to make it as accessible for families as possible,” Siemers says, “They don’t have to pay anything. The instruments are donated to them for the time that they’re in the program, and they get books for free. Like music books.”

As schools shuttered, students took those instruments home and the program moved online.

But, the sudden shift to digital learning has made it clear that there are disparities in internet access and quality among students.

He says every student’s internet quality is different.

The latest data from the Pew Research Center says one in five kids — between kindergarten and 12th grade — don’t have computers or high-speed internet connections.

Music students in particular need to have access to quality internet if music teachers hope to give them constructive feedback or have them play together.

“A few of us actually made phone calls to make sure if they had internet and if they had a device that they could access,” Siemers says. That was a big priority for us.”

On the upside, Siemers says she’s getting more one-on-one time with her students. The move to online classes has allowed the Young Musicians program to offer individual sessions for its students.

Reliable WiFi isn’t the only tool music teachers have to worry about.

She has a roster of about 600 students, most of whom are economically disadvantaged.

While her students had access to instruments at school, they’ve had to make due at home.

“They’re having to find things in their house like pots and pans,” Vessels says. “One little girl got a shoe box and she put rubber bands around it. They’ve made maracas out of beans and shakers with paper cups or plastic cups. Whatever they have at home.”

Vessels gives her students assignments and challenges in her taped lessons, which she shares on Google Classroom. She’s made contact with about 300 students so far, and she’s determined to reach all of them.

“The world is so unstable and unsettling for all of us and especially for kids,” she says. “That kind of gives them some normalcy to stick to, and they can be creative.”

Jess Garland has also been working to get instruments into her student’s hands.

She runs Swan Strings, a nonprofit that offers free guitar and harp lessons to kids in Dallas who wouldn’t otherwise get the chance to play.

“I’ve been, at this point, smuggling guitars to students,” Garland says. “I’ll have parents come by, and they’ll pop the trunk open and just drive off.” 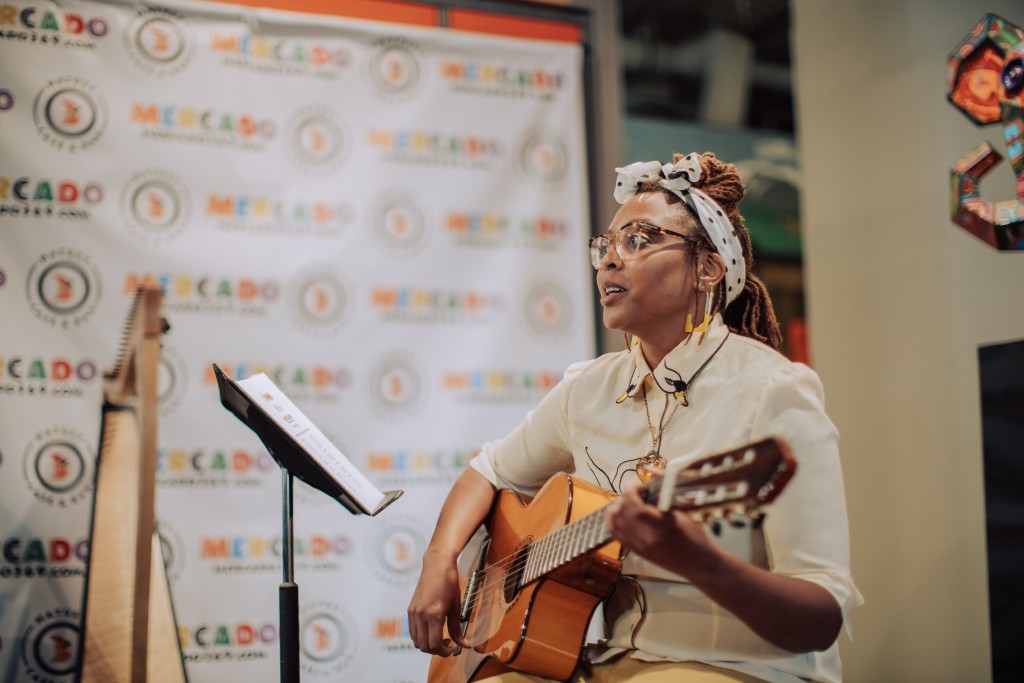 Jess Garland is the founder of Swan Strings, a nonprofit that offers free guitar and harp lessons to children in Dallas. Photo courtesy of Jess Garland

Garland is also a community liaison and a teacher in the DSO’s Young Strings program.

“There are some music theory things that you can do and learn, but not having an instrument? That is a negative impact,” she says. “They definitely need something at home to practice.”

It’s hard to provide students with instruments during a shutdown. At least online, there are resources to keep kids engaged.

“When you’re playing for a camera, you’re not necessarily performing,” he says. “You’re more trying to connect with one person. The person on the other end of that computer screen.”

Teachers may not be able to provide all of the tools their students need right now, but as long as they can keep connecting with them and sharing their love of music, they’re happy.