Skip Navigation
Home > ArtandSeek.net > For The 1st Time, Architecture’s Most Prestigious Prize Is Awarded To 2 Women 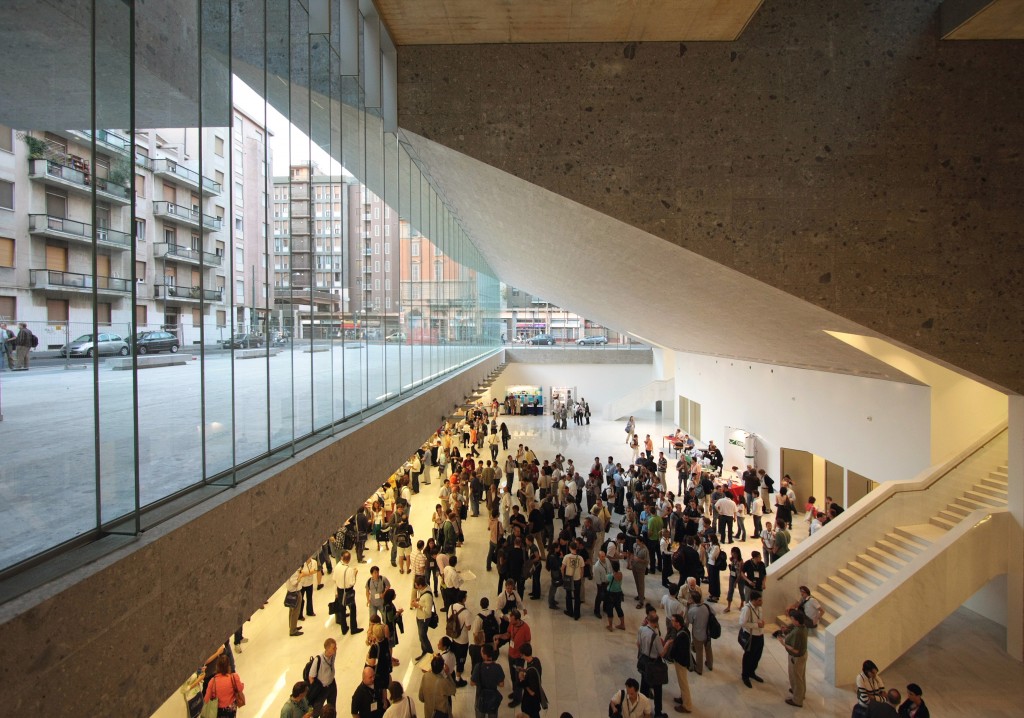 The School of Economics Building at the Universita Luigi Bocconi in Milan, Italy, was designed by Grafton Architects — founded by Yvonne Farrell and Shelley McNamara. It launched Grafton Architects as a leading designer of university buildings.
Federico Brunetti/Pritzker Architecture Prize

In a video released by the Pritzker Architecture Prize, commonly seen as the Nobel of the architecture world, the winners look directly into the camera and introduce themselves in soft Irish accents. 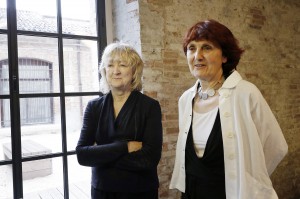 “My name is Shelley McNamara.”

“And my name is Yvonne Farrell.”

McNamara and Farrell co-founded their firm 42 years ago in Dublin.

“Our name, Grafton Architects, comes from the street where we set up our first office, on Grafton Street,” McNamara explains. “And we were a group of five architects, and we had this idea of making a collective practice, so we called ourselves after the street. So we are anchored in our own place and our own culture.”

It’s a telling detail that the firm was named for its place in the city, and not after the architects themselves, says Robert McCarter, an architecture professor at Washington University in St Louis. His book about Grafton Architects came out in 2018.

“Their practice is grounded in the specifics of place,” he told NPR. “Dublin and Ireland are very important. And they say their practice is committed to the cultural ethics of buildings, so it’s an ethics that’s all-encompassing of the culture in which they work.” 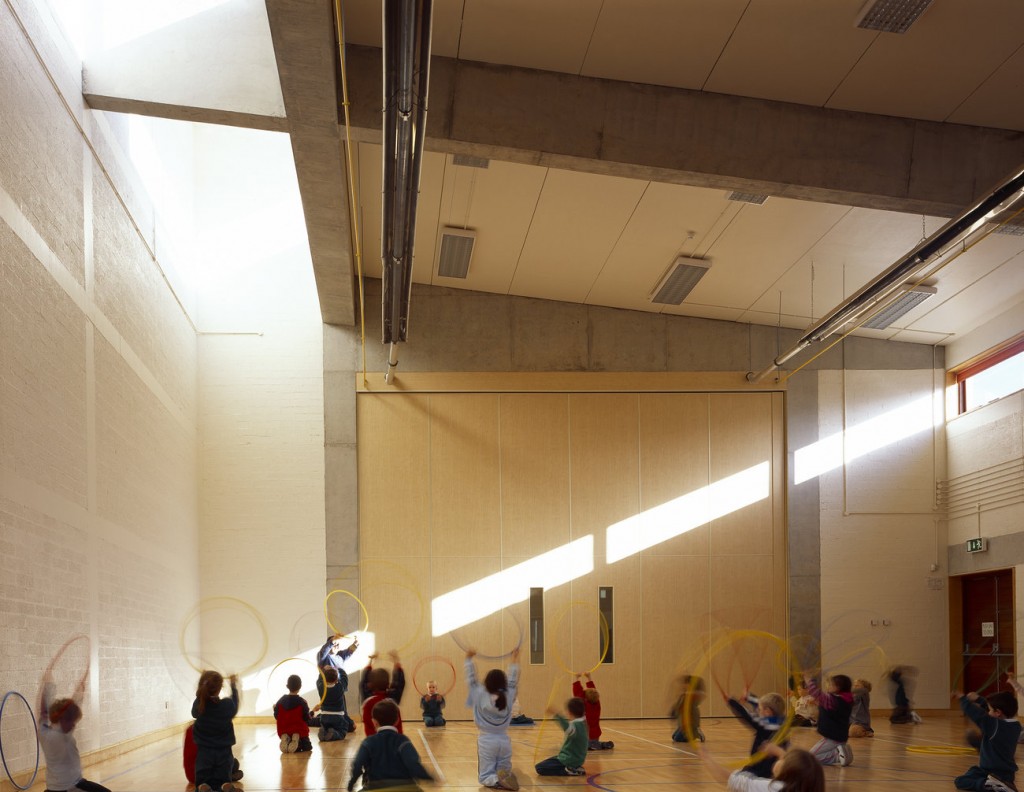 Farrell and McNamara met as architecture students at University College Dublin in the mid-1970s. Not much was happening in Ireland at the time architecturally, McCarter says, and Grafton Architects didn’t start making much of a splash until the early 1990s, when the Irish economy started taking off. They designed a building for Trinity College in Dublin, houses and schools, and with other young architects they helped transform Dublin’s Temple Bar Square into a lively, pedestrian-friendly commercial destination.

In fact, Grafton Architects didn’t design a single building outside of Ireland until 2003, when the firm won an international competition to design the prestigious school of economics at the Universita Luigi Bocconi in Milan. The building was completed in 2008. 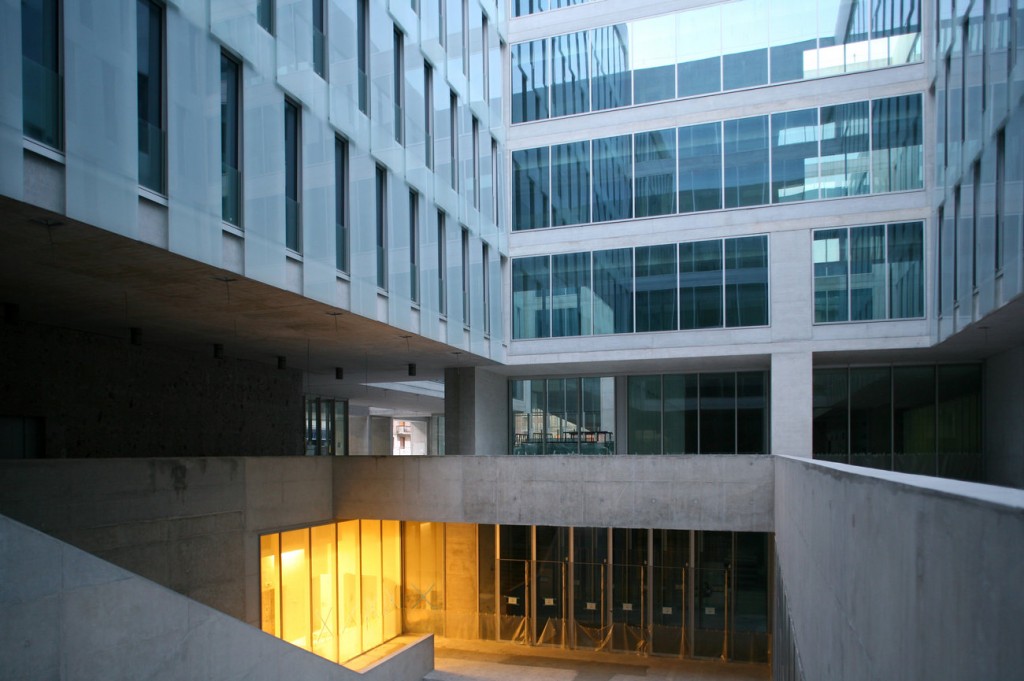 “It’s a series of big blocks that are made of stone, they’re very opaque, and it has a glass-bottom so along the street, it’s very beautiful,” says Sarah Whiting, dean of Harvard’s Graduate School of Design. “You feel like you’re enveloped in the embrace of a tough building. It feels like its own world.” 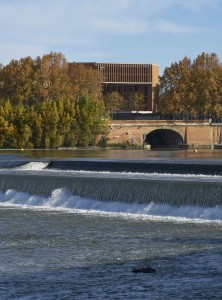 The building was an immediate sensation in international architecture circles. It was named World Building of the Year at the inaugural World Architecture Festival in 2008 and launched Grafton Architects as a leading designer of university buildings. The firm took on high-profile projects at the University Campus UTEC Lima in Peru, in France and in the United Kingdom, where they’re currently finishing a project for the London School of Economics.

“We’re passionately interested in education,” McNamara said during a 2015 lecture at the KTH Royal Institute of Technology in Sweden. “The university should be a place where knowledge is tended to like a garden. And we’re the guardians of knowledge.”

Farrell and McNamara have worked consistently as professors as well as designers throughout their careers — unusual for architects of their stature. Both say teaching is an ongoing source of creative replenishment. And of course, they’re also unusual in their gender. Only three other women have won the Pritzker Architecture Prize in the past — Zaha Hadid in 2004, Kazuyo Sejima in 2010 (with Ryue Nishizawa) and Carme Pigem in 2017 (with Ramón Vilalta and Rafael Aranda). Whiting describes Farrell and McNamara’s selection as “satisfying.” 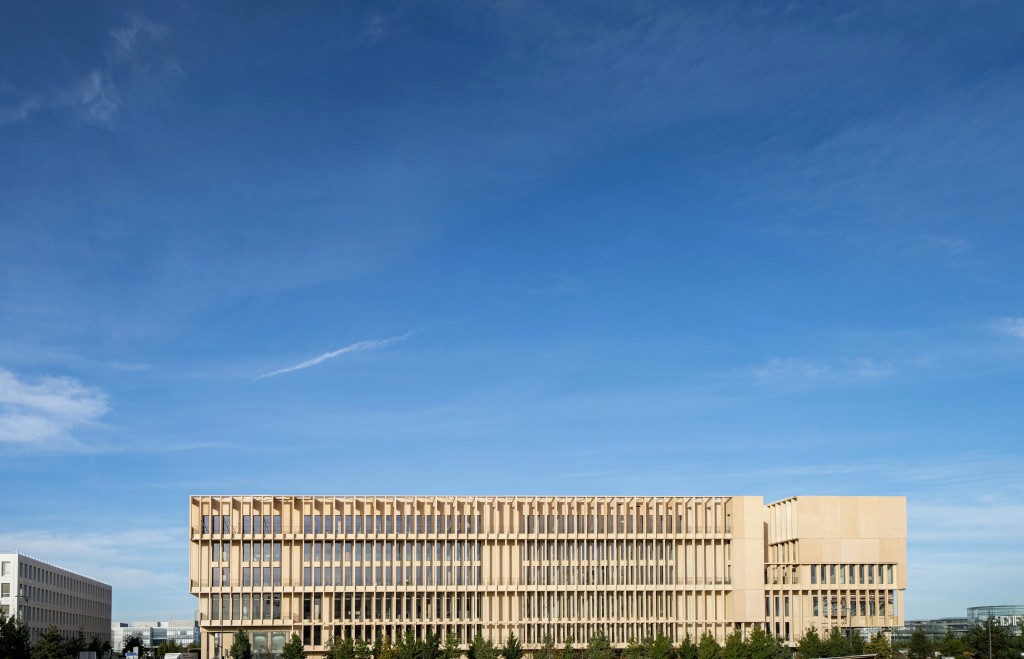 “They’re phenomenally good architects,” she says, calling their style “forthright” and “beefy,” drawing on brutalist traditions. Plus, she adds, this year’s Pritzker selection reflects the profession’s changing realities. “The field of architecture has a lot of women in it right now,” Whiting says. “The schools have been 50% women for, oh, 20-25 years.”

Farrell and McNamara received raves when they curated the world’s largest architecture exhibition, the Venice Biennale, in 2018. “Generosity and thoughtfulness” was their theme. The two often invoke the metaphor of the flying island of Laputa in Jonathan Swift’s novel, Gulliver’s Travels. It’s a place that the inhabitants know how to maneuver. They spend their time listening to the music of the spheres but they are continually worried that the sun will go out. It’s a potent metaphor for the moment, Farrell said in a speech last month accepting the 2020 Royal Gold Medal from the Royal Institute of British Architects.

“There is something interesting about that, just thinking about where we are now, and how we imagine ourselves optimistically with all the potential that architecture inherently has,” she said. “To make new worlds and to make new futures.”