“Frame of Mind” is back September 6th and for the first episode, we go  back to the 1880s with a look at work by Frank Reaugh in the documentary “Frank Reaugh: Pastel Poet of the Texas Plains.” 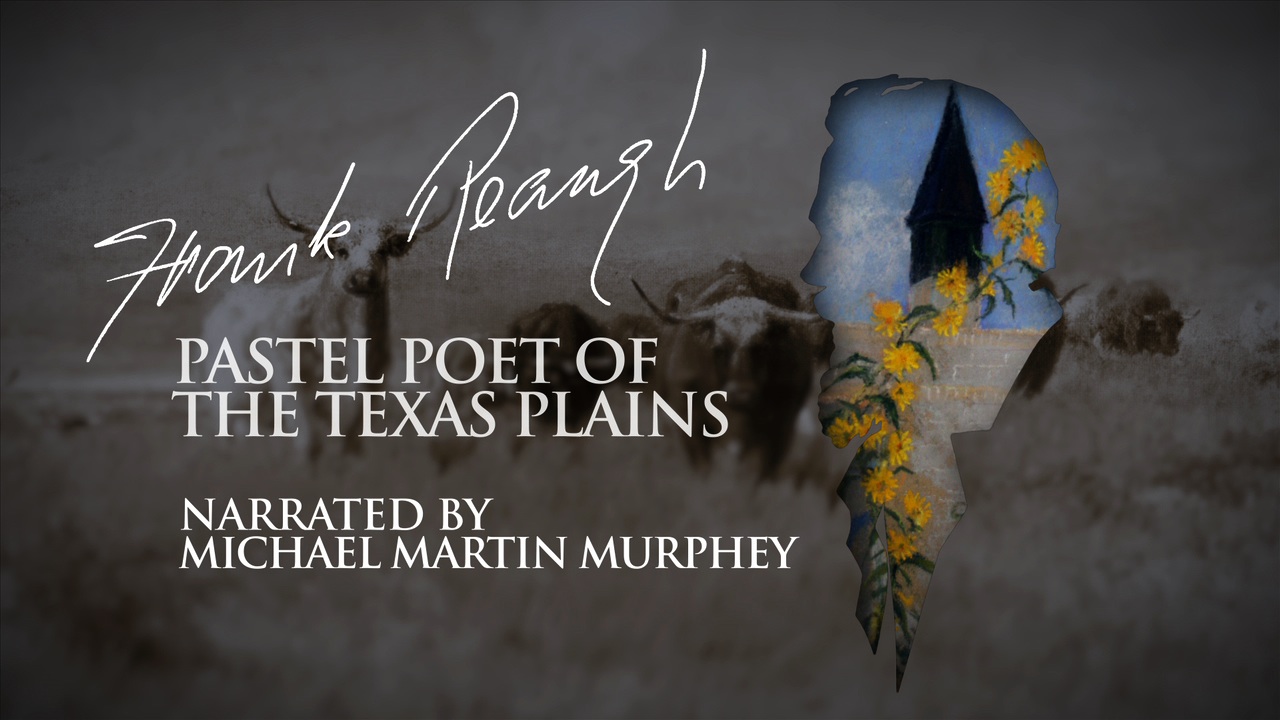 Reaugh was a pastle artist who contribted to the comminuty by creating galleries, art clubs and helping young artist explore their passion. In 2002 director and producer Marla Fields came across an article about Reaugh which sparked her interest. Fields realized not many people know who Reaugh is and how much the artist contributed to the Dallas- Fort Worth area. 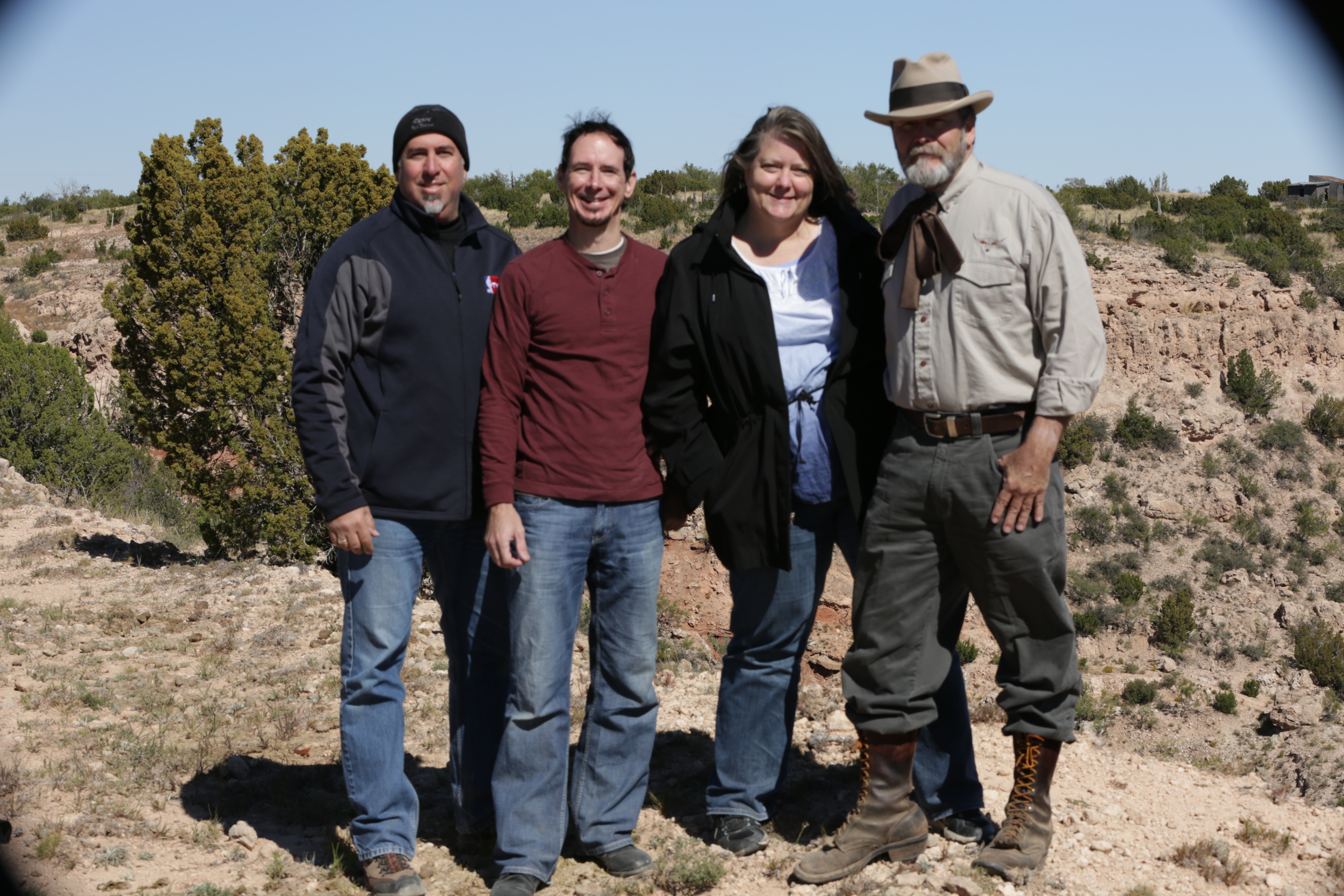 We talked to Fields about why it was so important to make a documentary about this forgotten Texas artist.

Who is Frank Reaugh?

So, Frank Reaugh, he came in a [covered] wagon [in 1876]. He came down with his family because of the land deal. When Frank comes down, he just falls in love with Texas. The grass was a big deal then.  He fell in love with the grass and the cattle. What’s remarkable is that he was sketching all of this before anyone else was.

He brought culture to Dallas. He helped students, opened galleries and even helped out the Dallas Public Library. He donated, started and was the director of art at the Texas State Fair. It got so big that it turned into the Dallas Museum of Fine Art. He brought culture when Dallas was trying to make police stations and fire stations.

In the late 1800s, he was creating an art colony on wheels and no one else was doing that. [He took select students on field trips in wagons to prairie lands.] And they would go out and sketch and it was unheard of. They would bring the art back and put it into galleries and people thought they were crazy. He did this well into his late 80s.

He also created a stage [in Oak Cliff], and had special lighting and live music, which was just unheard of. I swear I don’t think the man slept. Then he created “24 Hours With a Herd” around the 1930s and it was a big deal in Dallas. It was a production and they even talked about it traveling. He kind of got overlooked and for the most part, forgotten in his later years.

What was so special about his artwork?

Because he’s an early artist, he could pretty much do anything. He was a pioneer of art. That’s what makes him so unique. If he wanted to do something, he was going to figure it out. He was always asking, “What more can we do to keep bringing art to the area?” He wanted to mentor students, and at one point, he was a commentator of art in “The Dallas Morning News”.

Why was he forgotten?

You know, I get choked up talking about it. As we, and not just him, but, as we get older, we get forgotten. We get to a certain age, and people forget us. We like the new and the shiny. It was a new west with parched, dry [landscapes] and rattlesnakes. That was the artwork people gravitated to. [Reaugh focused on live cattle – he wouldn’t sketch bones –  and vibrant prairie landscapes.] I’m guessing on this, because no one really knows, but I think he was prideful and didn’t ask for help. He wasn’t eating enough, he couldn’t see very well and wasn’t getting out enough. He eventually became a ward of the state [in 1945 and died later that same year].

Why did you decide to make a documentary on Frank Reaugh?

I was reading a 2002 article in “The Dallas Morning News” and just thought, how did I not know about him? He became a ward of the city and I was like, “No! We need to take care of our elders.” I’m not a major production company or anything like that. I’ve made a few things, but never a documentary.  Eight years later, I was out with some friends and I told them I wanted to work on a human interest story and they reminded me of this idea, and I went for it.

Knowing that not many people know who Reaugh is, was it hard to find people to be in your documentary?

No, actually all of the curators have been jumping up and down for him but the general public doesn’t. The Frank Reaugh art club is still there. [That’s a Club and a school Reaugh started in 1922 joined mostly by upper women.] We just haven’t hit the masses yet. I will say if I had does this 10 years earlier, I might have gotten more of his students in this.

The documentary centers around how much he did for the community. Why is it so important to show how he has been forgotten even though most of his work is still around?

Reaugh would mix create his own pastels to make sure the color he was using was exactly what he saw. He was a student of botany. He also invented an easel to be able to sketch during times of the day when others couldn’t. Where you surprised to find out how much science went into the artwork?

Yes, very much so. The colors, making of pastels and the paper – it was all very interactive. In the early 1900s, he was really focused on his combustion engine while he was teaching. That was why he kind of fell from the limelight, because he was working on his inventions.

Did your perspective of Reaugh change after making the documentary?

Yes, I have a deep respect for him. I have a deep respect for the people of that time and what they were doing. The people took so much pride in what they were doing. We’re so spoiled right now. They were driving 10 to 15 miles an hour, so it must have taken so much work to set up a gallery. For him to go down to Waco, and teach at Baylor, and I get impatient when the microwave is going too slow.

I have made so many new friends and personally learned so much about Texas and art that I wouldn’t have if it wasn’t for this documentary. I have even become dear friends with several of the interviewees [and those who contributed art or money to make the film]  – Robert Reitz, Bonnie Rea, George Palmer, Lucretia Donnell Coke and her family, we all have become close. Their contributions and friendship kept me moving forward, knowing that they, too, wanted his story to be told. They are really the key to getting this doc completed. It wasn’t just me – I was just the coordinator – it was really them that made this show possible.

And I can say, without a doubt, I have become a student of Frank Reaugh’s.  He is still teaching us today. And, I think, there are many more people out there who could learn a lot more about our art and history, if they just knew his story.