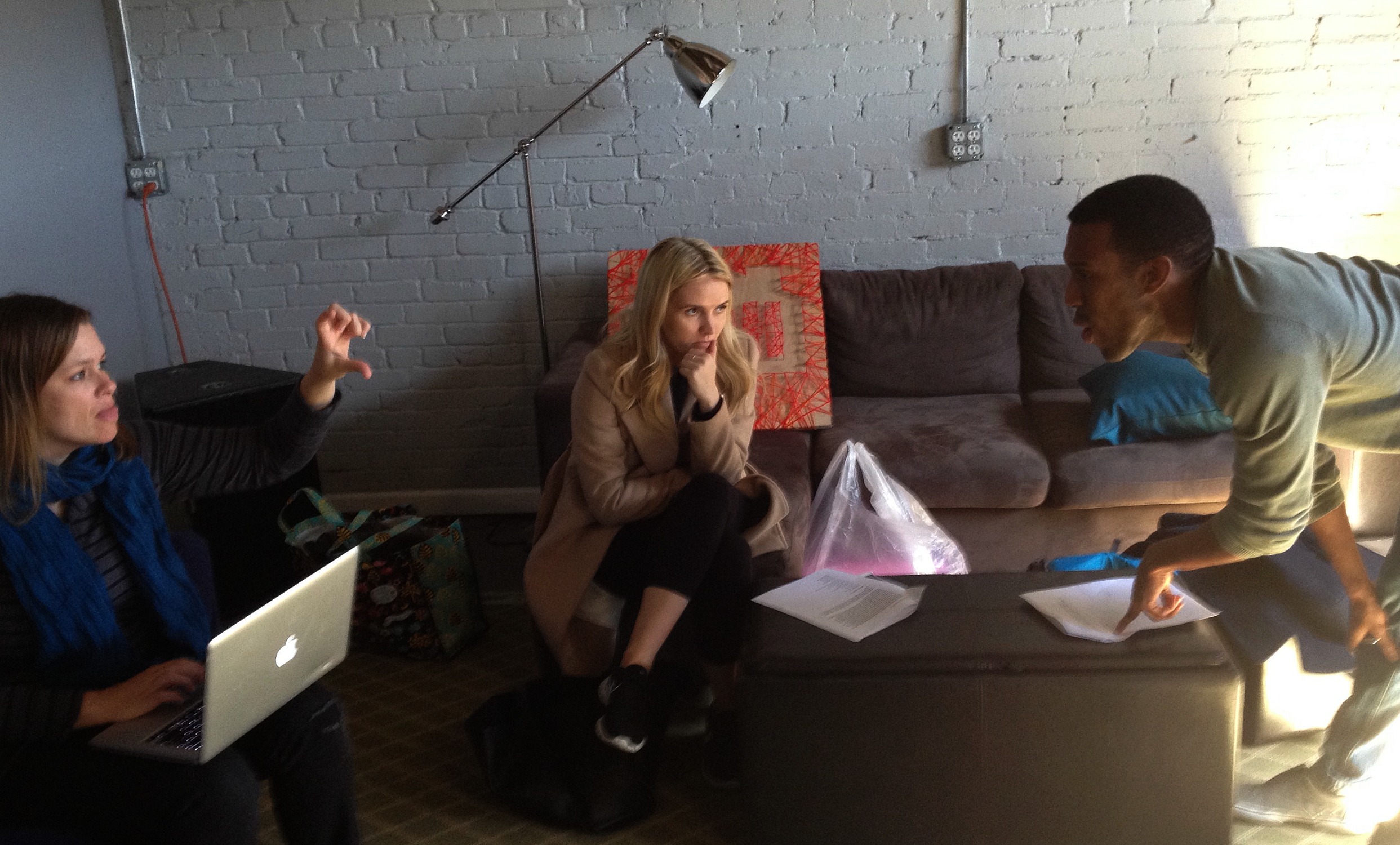 What’s the most embarrassing thing you’ve ever written? That boy-crazy love letter you wrote in high school? Those diary entries extolling the brilliance of Milli Vanilli? Imagine reading that stuff in public. That’s the premise of the show ‘Mortified’ — finding cringe-inducing comedy gold in your past mistakes. Ten American cities currently have people eagerly embarrassing themselves onstage like this. KERA’s Jerome Weeks reports North Texans now have the same opportunity.

‘Mortified’ runs Friday and Sunday at the Dallas Comedy House.

In the ‘Mortified’ comedy shows, ordinary people volunteer to ‘share the shame,’ as the saying goes. Most read from their teenage journals or letters.

But Cameron Kirkpatrick is 28; he’s young enough, he says, to have expressed a lot of that awful angst online in websites like Myspace. “And when I became an adult,” he says, “and I realized that people could Google you when you were job-hunting, I deleted all of that.”

But as a high schooler, Kirkpatrick poured his heart into writing songs. He was convinced his show-stopping  appearance on ‘American Idol’ was only a hit song and a phone call away. So he still has hard copies of his songs. And at this rehearsal at the Dallas Comedy House, he reads lyrics he wrote ten years ago. This particular one was inspired by his admission into college and the sense his childhood was passing. The young Kirkpatrick captured that feeling with typical teenage self-pity, portentousness  – and clueless imagery.

Today I put my wishes away,
Nothing’s more lonely than packing up,
Alone on this day.
Today, I stayed in bed, I did.
While people roamed the dry streets,
I stood in wet corners.

Why would anyone do this? There are perfectly good and understandable reasons people hide this stuff in attics. But the easygoing Kirkpatrick, who works in marketing in Dallas, says, so far, reading his lyrics onstage has actually been a bit cathartic.

“To look back on those things and to laugh at yourself a little bit,” he says, “and to be able to appreciate what that did for who you are now and then share it publicly – it’s sort of been a really nice gift.”

It might not hurt that Kirkpatrick graduated from SMU — in theater. Still, Kirkpatrick is doing this week’s ‘Mortified’ debut in Dallas because of his friend, Stephanie Mojonnet, who works for Neiman-Marcus. Mojonnet wanted to start a ‘Mortified’ chapter: She’d seen the 2013 documentary, ‘Mortified Nation,’ she became a fan, she even listens to the podcast.

The whole ‘Mortified’ phenomenon began in 2002 in LA when writer Dave Nadelberg found an awful love letter he’d never sent. He had a great time reading it to his friends. He realized others must have similar, hilariously wretched stuff buried away — just add a giggling audience and you had the makings of a comedy act. Fourteen years later, there’s been a ‘Mortified’ reality TV series on Sundance, there are chapters in ten American cities and eight in Europe. It’s been written up in ‘This American Life,’ ‘The AV Club’ and ‘Entertainment Weekly.’ 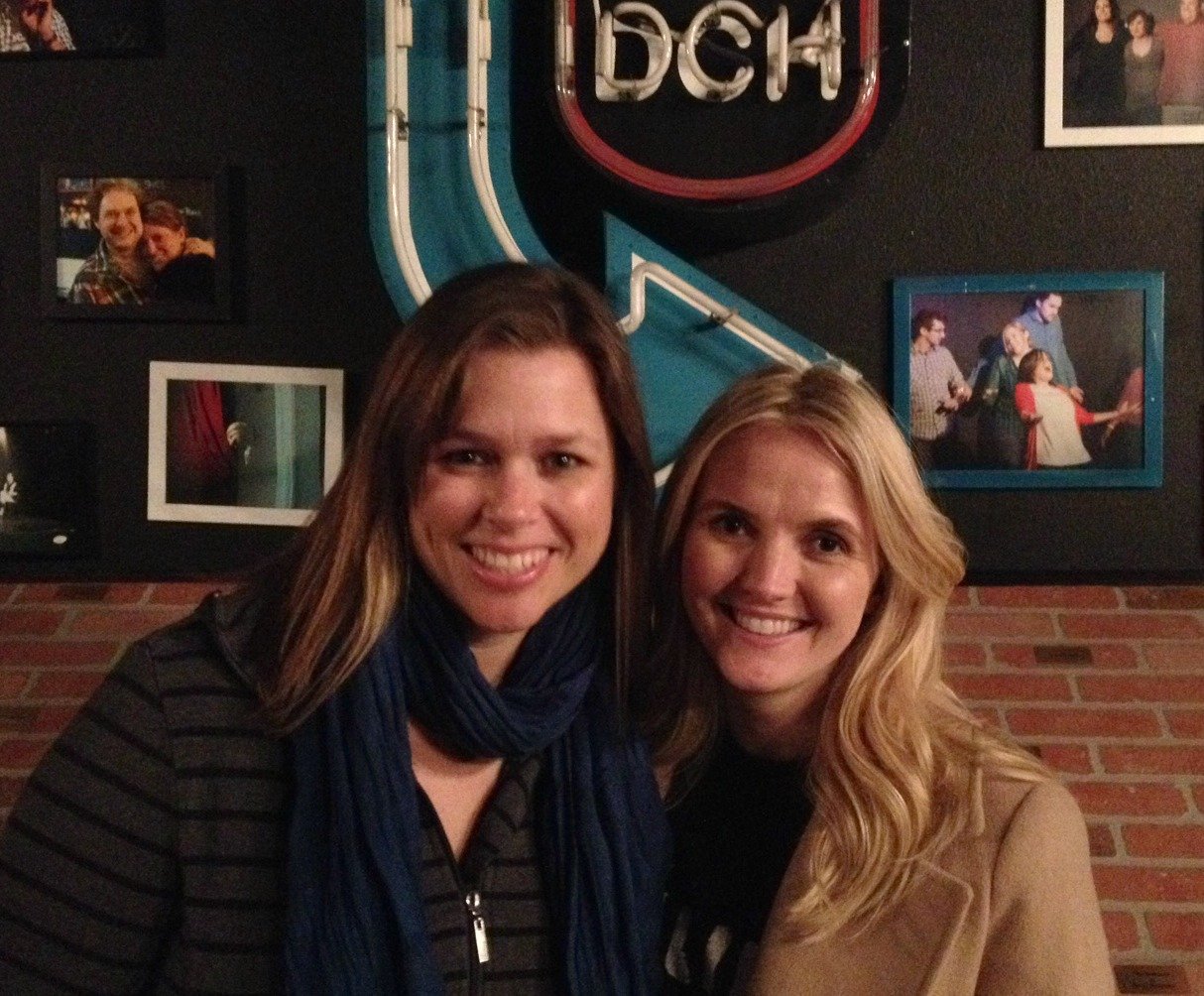 Anne Jensen-Smith and Stephanie Mojonnet in the lobby of the Dallas Comedy House.

So Mojonnet emailed the show’s creators — a generic email, she recalls, one that said, “‘Hey, I would love to start the Dallas chapter. I have no idea what it entails, so let me know what I can do.’ They wrote me back like maybe two hours later.”

Turns out, Anne Jensen-Smith, who produced ‘Mortified’ in LA for nine years, had just moved with her husband and kids to North Texas. LA’s gotten too expensive, she explains, and she’s looking eventually to earn a psychology degree here: “I’ve been reading people’s diaries for nine years and I thought that would be the next, best move.”

In a bit of serendipity for Mojonnet, Jensen-Smith also hoped to start a new ‘Mortified’ chapter in Dallas. It’ll make Texas the only state, other than California, to have more than one ongoing ‘Mortified’ show. Fact is, Dallas and Austin are the only cities south of the Mason-Dixon line to host ‘Mortified’ shows — no Miami, no New Orleans, no Atlanta. This week’s shows in Deep Ellum are the start. If all goes well,.they’ll come back in two months, Jensen-Smith says — with the ultimate goal a monthly show, just like the other cities have.

Onstage, ‘Mortified’ is not an open-mic session. Volunteers bring their diaries, childhood drawings even home movies to Jensen-Smith in advance. She provides performance advice — best not to treat any pre-show jitters with more than one slug of alcohol — and, most importantly, she helps them focus the material, material that can involve dating fiascoes or coming out of the closet or parental divorce.

The past can be an ugly place. In the documentary, ‘Mortified Nation,’ one woman recalls her mother physically and emotionally abusing her as a child. So just how dark can this material get? Jensen-Smith says, “We will cover any subject, as long as there’s some sort of a humorous anchor. We will cover anything because that’s the story of a teenager. Teenagers go through everything.” 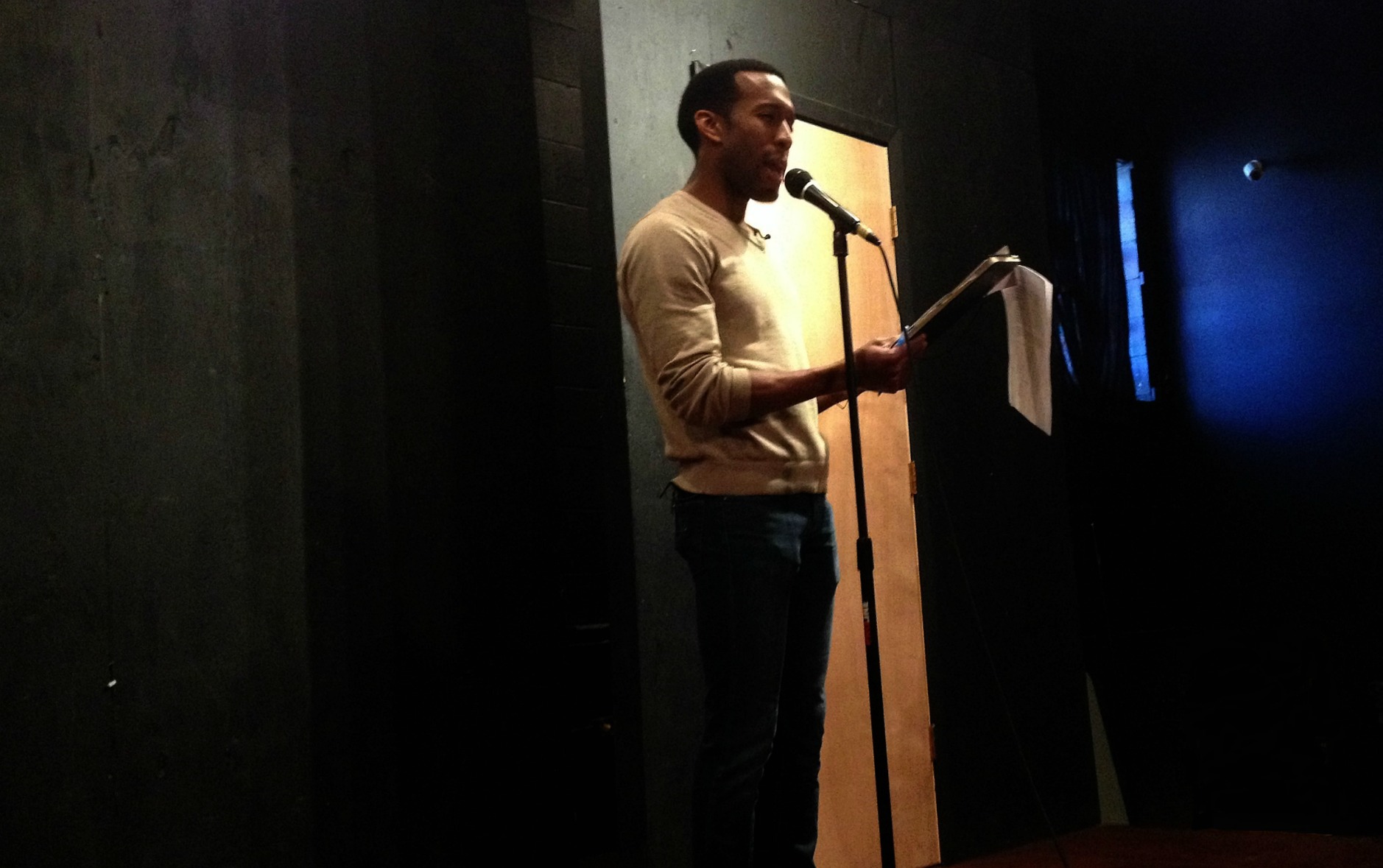 During adolescence, we’re still awkwardly trying on different identities. And we often can’t distinguish real tragedies from hearing that Linda was seen talking with the new guy in class. So our teen years are often the richest source for personal humiliation – and humor. And the fact is that going onstage to re-live those moments, there’s already more than a dash of uplift and feel-good therapy. Anyone who has sorted through their memories with Jensen-Smith and then willingly climbed onstage to expose them has probably gotten some sort of a handle on that past experience. The audience’s rolled eyes and embarrassed snickers become forms of affirmation and solidarity — if not for the humor, then for any courage it took to get up there.

“When we hear other people read these diaries and journals,” Jensen-Smith says,  “it makes our teenage years seem a little less … um –”

That’s why Jensen-Smith recommends that whatever humiliation people want to read onstage should be at least 10 years in their past.

As they say, tragedy plus time equals comedy.