Buy tickets for Christopher Jackson: Live from the West Side benefit live-stream concert on Aug. 15 at 7 p.m. 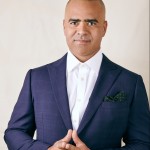 In the concert, Christopher Jackson: Live From The West Side, Jackson will perform songs from his favorite musicals, pop standards and some of his original material with a live band. Jackson will also share stories from his time in the popular musicals In The Heights and Hamilton. Audience members will also be invited to text questions during the live event for Jackson to answer.

Ken Novice, president of DSM, said proceeds from ticket sales will support DSM’s mission to bring the spirit of Broadway to North Texas through its educational programs and community outreach initiatives.

Novice also said the live-stream concert was the closest thing to re-creating the experience of going to a Broadway show.

“We know if we can engage with our audiences, as much as we can in this time when we are not doing shows, it will help us retain our audiences,” Novice said.

Tickets for the live concert are $40 per household and will include access to view the performance for an additional 72 hours of on-demand viewing of a video recording of the live-stream. The recording will be available an hour after the live concert.

Watch Mandy Gonzalez (Nina) and Chris Jackson (Benny) perform When You’re Home in footage taken from a live performance of In The Heights.

Christopher Jackson said in a press statement that there would be no Broadway without non-profit arts presenters and the young talent they present.

“While everything is shut down during this terrible pandemic, I am delighted to be able to help spread some joy and help raise some much-needed support for these deserving organizations,” Jackson said.

The live concert is being shared by other non-profit arts presenters around the country and will take place at New York’s New World Stage.