In 2018, Botham Jean was shot and killed by Dallas Police Officer Amber Guyger while eating ice cream in his apartment.

Like many people, TCU theater faculty member Ayvaunn Penn followed the media coverage of the killing and Guyger’s ensuing trial as it unfolded in real-time. But Penn is also a playwright and felt compelled to write about the events.

“Being a Dallas native made me feel especially close to the story. And also, that Botham was at home made it particularly unnerving. Home was the one place that African Americans had left that was presumably safe.”

For Bo: A Play Inspired by the Murder of Botham Jean by Officer Amber Guyger. Through May 2. Virtual. Details. Post-show Community Discussion. 8:45 pm, April 29. Virtual. Details.  And check back with Art&Seek Thursday for an interview with playwright Ayvaunn Penn.

For Bo: A Play Inspired by the Murder of Botham Jean by Officer Amber Guyger is a fictional narrative based on Jean’s killing and explores the issues that led to the 31-year-old’s death.

TCU theater students contributed voice talent and illustrations to the virtual production. Some of the illustrations and videos were created by artists ranging from middle school to professionals. 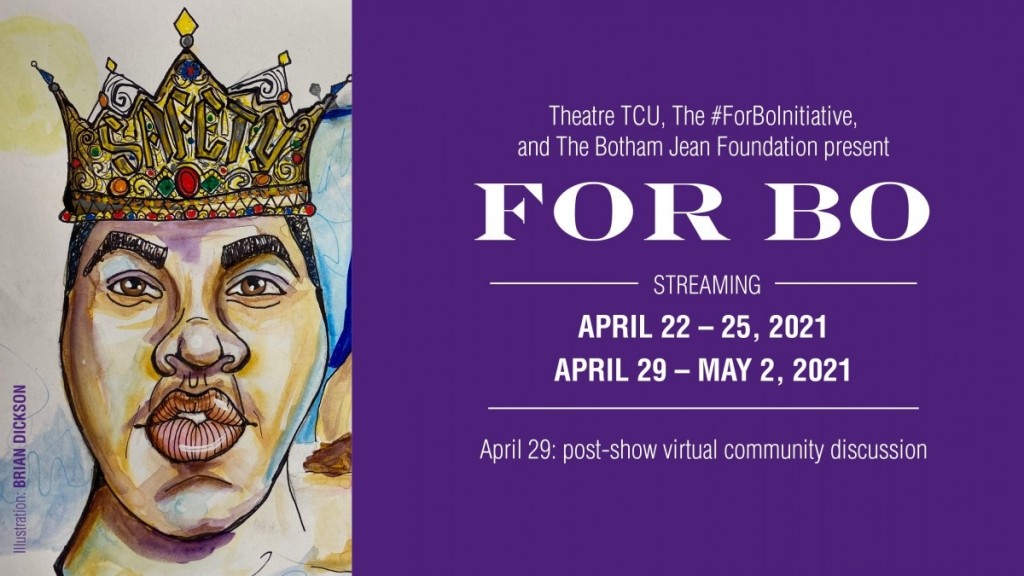 The four remaining performances of For Bo will be presented virtually via Theatre TCU’s Vimeo channel.

In order to foster cross-cultural understanding, the play is presented with a community conversation. Following Thursday night’s performance, Penn will host the virtual discussion. On the panel will be a group of intercultural and interdisciplinary professionals, as well as Allison Jean and Allisa Findley, Botham Jean’s mother and sister.

Attendance to the virtual community panel is limited, and advance registration is required. A streaming link will be sent to registrants when it is available.

TICKETS: Admission to the virtual performances and community panel is free; a donation to The Botham Jean Foundation is suggested.

Advanced registration is required via the For Bo event page. A streaming link will be sent to registrants when it is available.