A New Orleans native, the Grammy Award-winning jazz trumpeter Terence Blanchard has always had storytelling in his blood.

And like the socially engaged jazzmen of yesteryear, he’s used his music to weave together musical narratives about some of the biggest headlines and controversies that’ve happened in our country.

In 2007, the horn man and his Quintet released an album called “A Tale of God’s Will.” It dealt with the aftermath of Hurricane Katrina and its impact on his hometown. Meanwhile, his most recent albums, “Breathless” and “LIVE” touch upon police brutality, racism, gun violence, and hate in modern America.

Art&Seek spoke with Blanchard ahead of his performance in Dallas. Listen to an extended interview by clicking “play” at the top of the page. A shortened version can be heard here.

Blanchard’s “Breathless” was released in 2015. And in a revealing, self-published essay on Medium, Blanchard revealed that the album’s title was inspired by the protest chant, “I Can’t Breathe.” That chant was made popular by activists within the #blacklivesmatter movement after the  death of Eric Garner, a black man videotaped being choked to death by New York City Police.

Blanchard, a black man, says he was unable to ignore the treatment of minorities by American law enforcement. “That chant has become a very poignant message, creating a very powerful metaphor that explains a lot about how a certain segment of our society feels right now,” he says. 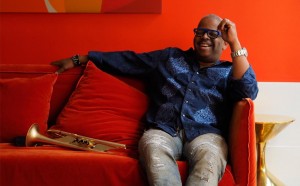 “If you think this is a minority, a small crowd of disgruntled citizens, you have no idea what’s coming down the road. To see the reports that came out of Ferguson, to see a police department deliberately target people in a country that puts ‘the land of the free’ on everything it can print. You know it’s a lie. It feels like every week, there’s another YouTube video going viral of police brutality or civil rights being sent back to the 1800s.”

Blanchard has continued to speak out about police brutality. He’s led panel discussions in communities affected by violent interactions between people of color and police. And he performed (even recorded) “LIVE” in those locations. 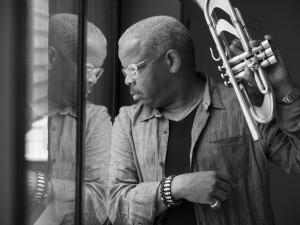 “LIVE” was recorded in Minneapolis, for Philando Castile; in Cleveland, for 12-year-old Tamir Rice, and in Dallas, where police officers Lorne Ahrens, Michael Krol, Michael Smith, Brent Thompson and Patricio Zamarripa were killed while marching with Black Lives Matter activists. The album’s tracklist includes some pieces with a pointed message — like “Unchanged,” a haunting ballad, and “Soldiers,” which opens with vocal samples of Malcolm X and Martin Luther King, Jr.

But aside from his activism and his Grammy Award-winning jazz career, the musician and composer has written two operas. The first – “Champion” – tells the true story of Emile Griffith, a resourceful Virgin Islands native who moves to New York to become a hat maker but ends up the welterweight boxing champion of the world throughout the 1960s. Griffith was also gay. And he was outed by an opponent. The opera is filled with themes of self-discovery, sexual orientation and the sacrifices needed to obtain the American Dream. (Read more)

Blanchard’s second opera is set to debut June 15 at Opera Theatre of Saint Louis. It is based on the memoir of celebrated writer and ‘New York Times’ columnist Charles Blow, ‘Fire Shut Up in My Bones.’ Blanchard told Saint Louis Public Radio that Blow’s compelling story goes beyond newsmaking. It includes the writer’s traumatic upbringing during which he was molested by family members.

“The book is a memoir about his struggles growing up, being a little different from everybody else in the family and people not really understanding where he’s coming from and he didn’t necessarily fit in … and his trials and tribulations of dealing with that,” he explained.

“Just in talking to him, how he still deals with those issues today as a grown person, [is] an amazing thing to see because he’s become so successful and so brilliant at what it is that he does – you wouldn’t think that he would still have these issues, but they still linger.”

Blanchard has also had an enviable career composing music for movies. He’s scored more than 40 films. And his long-time partnership with the director Spike Lee earned Blanchard his first Academy Award nomination in 2019. Blanchard was singled out for his work on Lee’s “BlacKkKlansmen.” The film’s based on the true story of Ron Stallworth – the first African-American detective to serve in the Colorado Springs Police Department. In the movie, Stallworth sets out on a dangerous mission: infiltrate and expose the Ku Klux Klan. And Blanchard’s haunting main theme for “BlacKkKlansman, “Blut Und Boden (Blood and Soil),” also just won Best Instrumental Composition at the 61st Annual Grammy Awards.

(In the short video below, Terence Blanchard reveals his creative process to compose “Blut und Boden (Blood and Soil),” citing inspiration from Jimi Hendrix’s performance of “The Star-Spangled Banner” from Woodstock in 1969.)

Blanchard is set to continue his exploration of the performing arts on Tuesday, April 9, at Dallas’ Majestic Theatre. There, he’ll be teaming up with UT-Dallas professor and new media artist Andre F. Scott and the Rennie Harris Puremovement American Street Dance Theatre for a performance called “Caravan.”

Scott’s artwork is crafted using emerging technologies; he’ll provide sculptural pieces using 3-D modeling and printing as well as projected animations crafted specifically to the themes of Blanchard’s music. And they literally react and move to the music’s instrumentation. So it’s like they’re the sixth member of the band.

“We want the visuals to have the same improvisational integrity as the interaction between the musicians,” says Scott. “And therein, the visuals provide a deeper understanding of the music.”

This isn’t the first time Scott has teamed up with Blanchard. They collaborated during several live performances in 2016. Blanchard says doing so helped audiences stay focused on the messages of his music.

“When we’ve done shows with him, you know, people have commented on the visuals just as much as the music,” says Blanchard. “They see how they all tie in together.”

The animations include images of protestors, border fences and burning American flags: They’ll remind the audience of the sort of hate Blanchard is taking aim at with his music. (Ticket information is available in the yellow box at the top of this article.)