The Nasher Sculpture Center announced its fifth lineup of microgrant winners on Tuesday, May 28. The awarding of the six winners mark half a decade of the Nasher giving financial backing to North Texas artists. All awardees will receive $2000 in order to help conceive projects related to their practice or curatorial project.

The Nasher provided a list of the recipients, along with details concerning their artistic endeavors, and their ambitions for the money they’ve received. 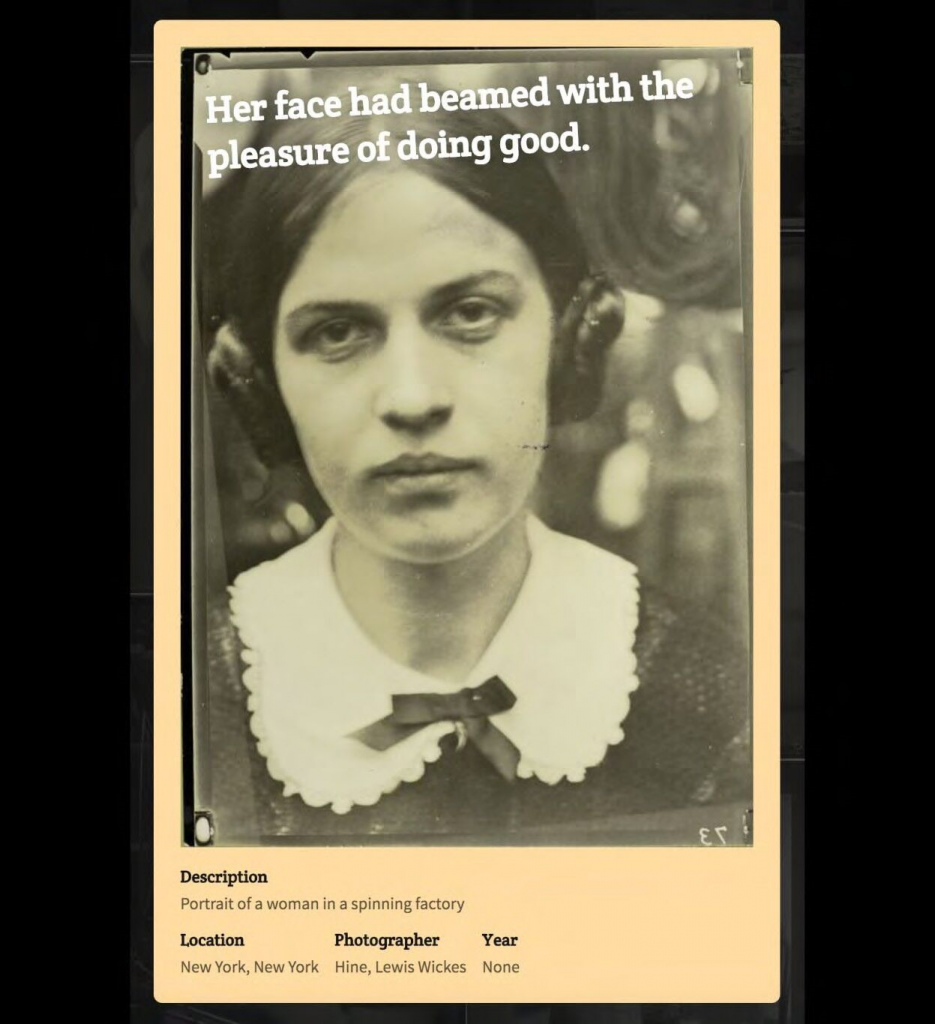 A collaboration between a media artist and a literary studies scholar, xtine burrough and Sabrina Starnaman’s Nasher Microgrant will go toward funding a traveling project called An Archive of Unnamed Women. The project includes an original, digital archive that juxtaposes two sets of data: the first, photographs of unidentified women selected from the New York Public Library collection of more than 117,000 photographs, and the second, 235 quotes from fiction in which female characters are described by women writers. In lieu of citation information, visitors to An Archive of Unnamed Women are presented with descriptions drawn from a collection of women’s writing about women. Joined with photographs in the database, the resulting narratives relocate the women on the screen as subjects of literary examination. This project, which recovers women left out of the narrative of preservation, is exhibited in galleries and libraries and accompanied by a workshop revealing the arbitrary nature of information preservation. 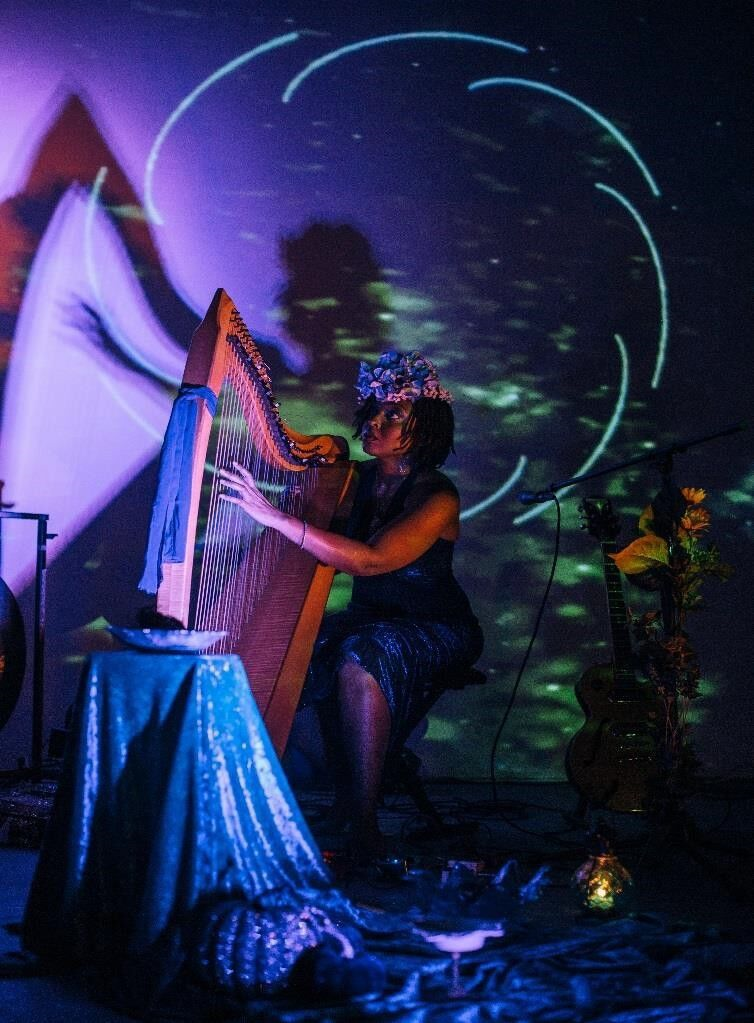 Dallas based multi-instrumentalist, performing-and community arts professional, Jessica Garland has 13 years of experience teaching contemporary and classical guitar and has recently launched Swan Strings, a 501(c)(3) education music program with a mission to provide free music education and sound therapy through performing arts to North Texas groups who would not otherwise have access. With her Nasher Microgrant, Garland will pursue a project called Live Again, the title track to one of her songs about perseverance, strength, unheard voices and a rebirth after overcoming obstacles. The grant will go toward the completion of the recorded song and its music video. The setting for the music video will be at The Spirit of the Centennial sculpture at the Women’s Building at Fair Park, near the artist’s home, a setting which she hopes will bring awareness to the history of unheard voices of women and people of color at Fair Park, directly in relation to the history of segregation at the State Fair of Texas. 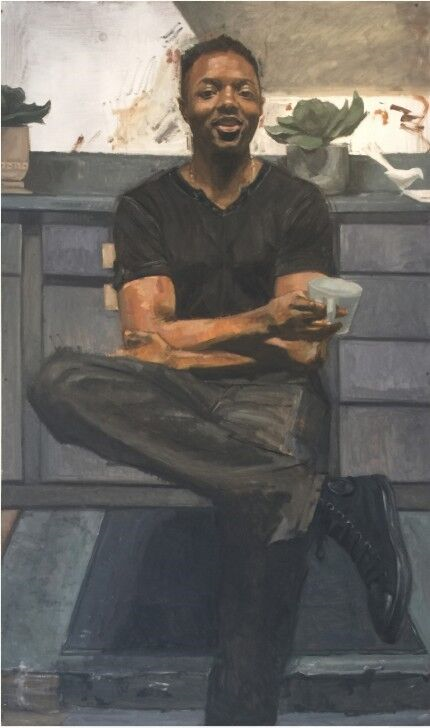 “Party’s Over,” by Riley Holloway.

Plano artist Riley Holloway will use his Nasher Microgrant to complete a painting series called HOME, a close look at the artist, his wife, and their children in their everyday life, featuring images of visitors, scenery, and writings by Holloway. Holloway’s goal with HOME is to dive deep into the details of his family’s day-to-day existence, an integral part of his work. During the proposed exhibit, alongside paintings there will also be audio of the artist’s home life, such as cooking in the kitchen, playing in the backyard, or a family conversation during dinner. 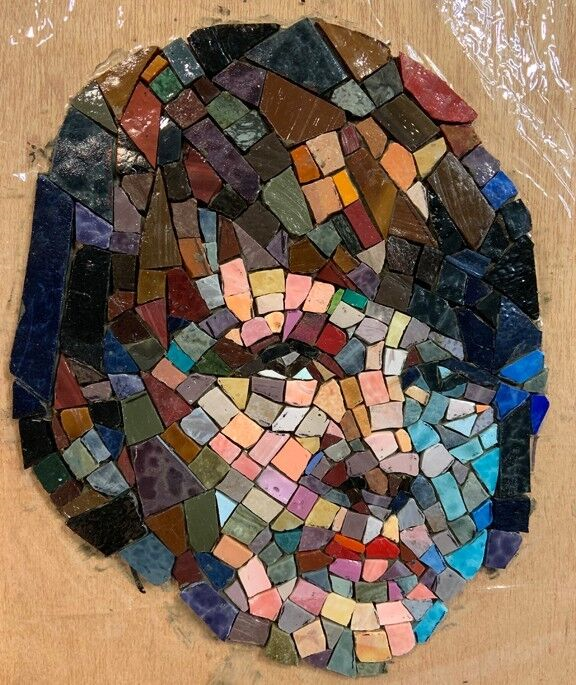 Self portrait, work in progress, by Devon Nowlin

Fort Worth artist Devon Nowlin will use her Nasher Microgrant to purchase supplies for making glass mosaics, as well as provide access to a set of tools that are needed for more refined work. Nowlin will also use the funds to train an assistant in mosaics so that she can take on large-scale public commissions. The funds will also allow her to take research trips to other mosaic studios—Mosaico Venecianos de Mexico in Cuernavaca and Mosaika in Montreal—with the goal of founding her own mosaic art and fabrication studio in North Texas. 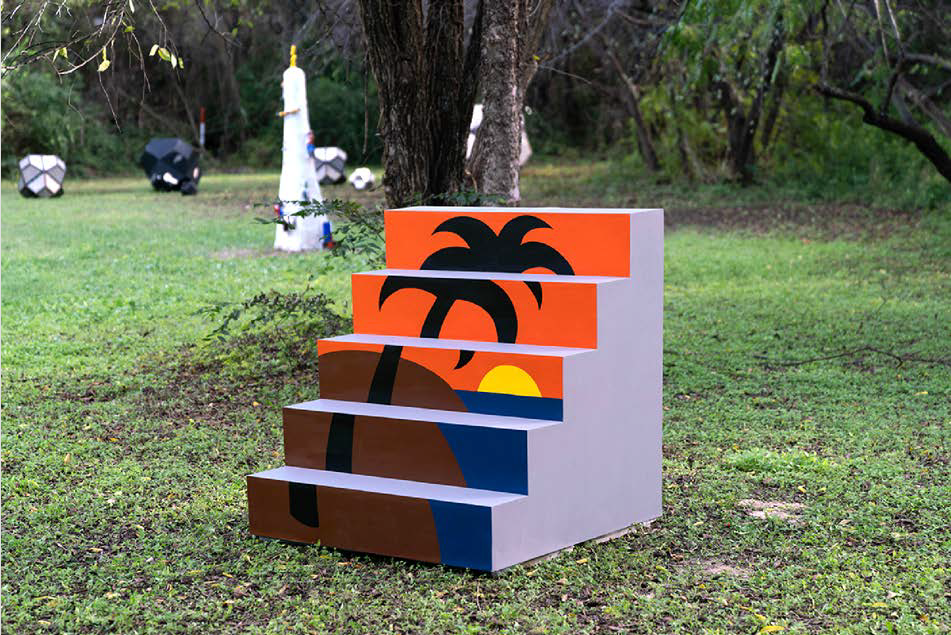 Sweet Pass Sculpture Park is a 501(c)(3) organization located on an acre lot in west Dallas conceived and organized by artists Tamara Johnson and Trey Burns. The park highlights emerging and mid-career artists in an outdoor setting on a rotating basis, with a focus on project-based exhibitions and contemporary art education and outreach. The Nasher Microgrant will go towards sustaining the park’s vision, maintaining the grounds, and allowing Johnson and Burns to provide greater stipends to the artists they work with. The grant will also allow for the resources to expand the park’s educational programming by providing materials for workshops.