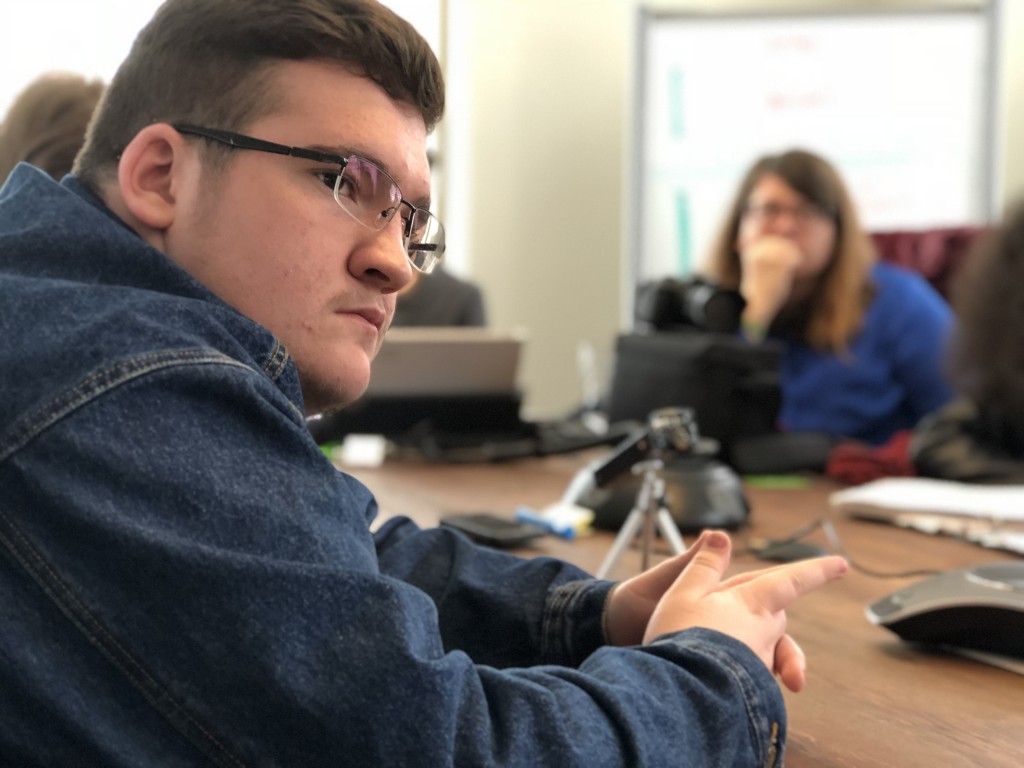 Each act of gun violence that makes the news sparks a conversation about stopping the next one. Cry Havoc – a teen theater company in Dallas – wants to be part of that discussion. In this week’s Artist Spotlight, Art&Seek’s we follows the teens on a trip to the East Coast as they connect with politicians trying to fix the problem and survivors who’ve suffered its impact.

For most teenagers, Spring Break is a great time for a trip. Think Padre. Maybe Cancun? But the teenage actors from Cry Havoc Theater Company went to snowy Newtown, Connecticut and then hopped over to cold and windy Washington D.C. They’re researching their next play. It’s called ‘Babel.’ 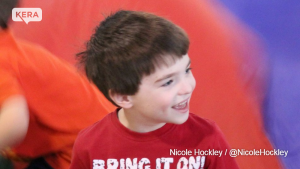 Photo of Dylan Hockley from 3/18/12, at Dylan’s 6th B’day party. “I admit to not being sure if heaven exists. But then I hear Dylan laugh and realize it’s right in front of me.” – Nicole Hockley
Photo: @NicoleHockley

While in nation’s capitol, they connected with Nicole Hockley. “When you try to find comfort in something horrible,” Hockley explains to the actors, “just knowing he wasn’t alone is huge.”

Hockley’s the mother of Dylan Hockley – a six year-old autistic student who was gunned down at Sandy Hook Elementary in 2012. He died in the arms of his teacher.

The teens met up with Hockley on a break from urging politicians to support a bill that was in the House. It’s called the ‘STOP School Violence Act‘ and it aims to prevent the sort of tragedy that Hockley’s family knows so well. She took a break to share her experience.

“In my nightmares, he’s scared,” Hockley tells the actors. Her voice trembling as she regains her composure. “I know that he was killed instantly. He was shot five times in the body and once in the head. His face was perfect for his funeral though.”

Hockley is the second parent of a murdered child the group has spoken with. The first was Mark Barden. His son Daniel was also killed at Sandy Hook Elementary.

“I think about the gruesome details all the time,” Barden told Cry Havoc. “I have to hope that they were little kids and that they didn’t quite understand what was happening and that it was fast and painless.” 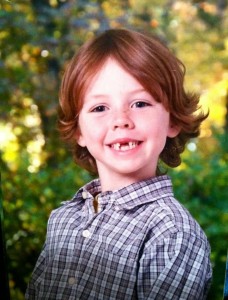 Statements like that are heavy. And they’re definitely having an an impact.

Trinity Gordon, a senior at Skyline High School, says she can’t stop thinking about Dylan. She knows people on the Autism spectrum sense things more acutely. And imagining his final moments disturbs her.

“Having to think of him dealing with all of that sensory overload like, hearing and seeing, and like maybe even the smell of the gun powder and stuff,” Gordon pauses to pick the right words, “I really hope that he was able to block that out and genuinely not know what was happening to him.”

The group also spoke with Abbey Clements, who was teaching second grade at Sandy Hook on the day of the shooting. She says she’s still haunted, so she advocates for school safety. But mass shootings – like the one in Parkland, Florida – leave her feeling guilty.

“I felt this shame that we didn’t fix this before [Parkland] happened,” Clements says with tears in her eyes.

Abbey Clements survived the #massshooting at #sandyhookelementary. Today she shared her story with youth actors working on a show about #gunviolence.

So why hasn’t this problem been fixed? To find out, Cry Havoc arranged to meet lobbyists and politicians. But as they walked toward the Russell Senate Office Building they discovered that they weren’t the only teens who ventured to D.C. for answers. 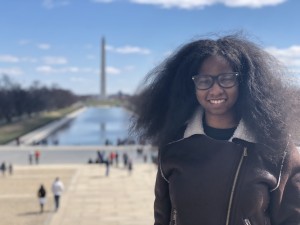 Jamaya Parker with the Washington Monument in the background.
Photo: Hady Mawajdeh

“Hey! Hey! Hey ho! Gun violence has got to go!” the protesters chanted as they marched toward United States Capitol.

Thousands of kids from D.C., Maryland and Virginia showed up to voice their concerns. They took over the Capitol lawn. Cry Havoc’s Jamaya Parker, a junior at Booker T Washington, spoke with 17 year-old Arielle Duran from Kensington, Maryland.

“What are you doing here today?” asks Parker.

“We’re protesting gun violence, because enough is enough,” Duran says. “Too many people have died under the hands of the NRA and the unjust gun laws. It’s too easy to purchase guns. Peace over pistols.”

This is happening in D.C. today. #nationalwalkoutday #gunviolence #creatingbabel

Senators John Cornyn, a Republican and Chris Murphy, a Democrat, agree that it’s too easy for the wrong people to end up with guns in their hands. So they put their differences aside to craft the ‘Fix NICS Act‘ – a bill to strengthen background checks and encourage states to report more frequently to the current criminal database. The Fix NICS bill has passed the House and is heading to the Senate for a vote. 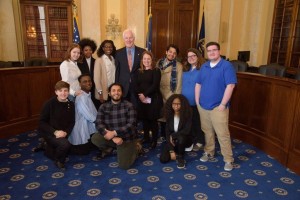 Cry Havoc and myself photographed with John Cornyn.

Cry Havoc also met with Senator Cornyn. He spent about the same amount of time with the teenagers at the end of his weekly Texas Thursday Coffee gathering.

At both meetings with the leaders, both men told the cast that the Fix NICS  act is important measure toward preventing gun violence. But they also said it was insufficient. 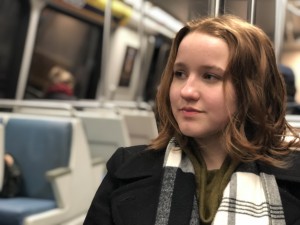 That candor surprised the actors. Especially when it came from Senator Cornyn. They’ve had a hard time finding gun advocates and Second Amendment supporters who’ll talk with them. Many gun supporters confuse the teens’ research with activism. So his frankness was valued.

“The one thing I did appreciate is how when we asked ‘do you think Fix NICS Act is enough to keep our schools safe?’ says Angie Hogue, “He was like, ‘No. It’s not enough. But it’s a step forward.’” Hogue’s a sophomore at Booker T Washington. “I like that, because it was nice to know that he wasn’t just like ‘Oh! That’s it. That’s all we’re gonna do. That’s the solution.’ Cause it isn’t.”

“It was a once in a lifetime opportunity. I definitely enjoyed my experience. And I wouldn’t change it for the world.”

Despite the fun, the group came away feeling … flummoxed. Angie Hogue sums it up perfectly.

“Some people think some things, but not other things. Other people think other things. But then some people kinda overlap, but not on other issues. And so it’s like, I dunno!” she says exasperatingly. “It’s like when you do try to compromise, you have to water it down so much to where it’s not even effective anymore. It’s not even what you set out to do in the first place.”

Lucky for them, Cry Havoc wasn’t in D-C to solve all of America’s issues with gun violence. But they did hear lots of voices in the debate.

Which is why Babel may be the perfect title for their show in July.