Over the weekend, hundreds of volunteers and artists painted a block-long mural declaring “End Racism Now” on Main Street in downtown Fort Worth. The project ended with the painters signing their names to the declaration.

The location for the black-and-white mural was chosen by Deborah Peoples, chair of the Tarrant County Democratic Party. It extends from the Convention Center through General Worth Square. That red-brick stretch of Main Street is like a pocket civic showcase. The giant words, ‘End Racism Now,’ are not surrounded by skyscrapers but by open green spaces with places for folks to sit. 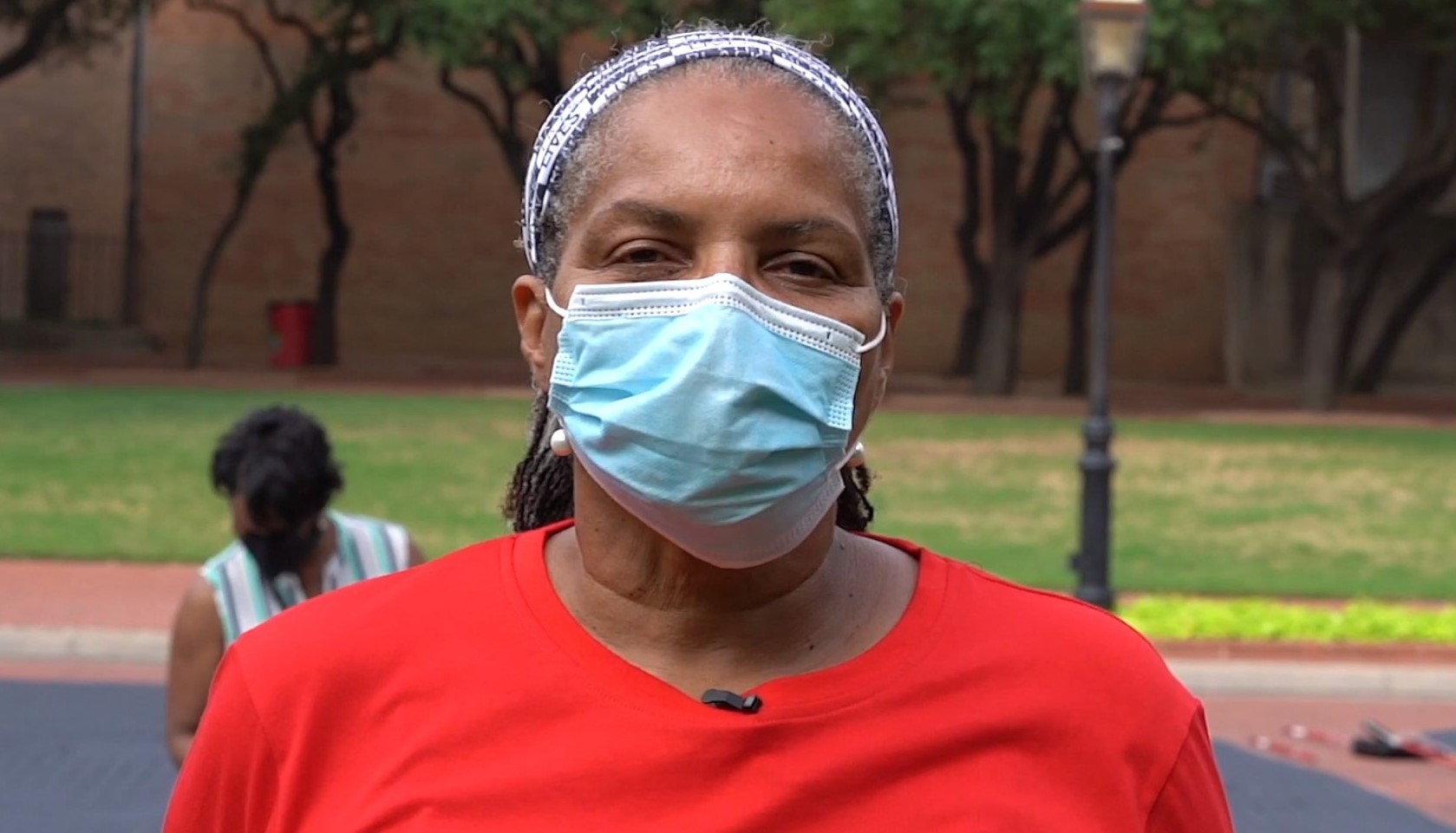 Peoples contacted the husband-and-wife artists Sedrick and Letitia Huckaby to get the local arts community involved. Last week, the Huckabys put up an online request for volunteers. It was closed after more than 250 had signed up. One person paid for all the gallons of painted that were needed.

The Huckabys designed the mural, then Friday, the couple, along with fellow artists, sketched out the 36-foot-tall block letters on the street. Saturday, volunteers painted them in and signed their names. The words ‘End’ and ‘Now’ had been painted white for that purpose. 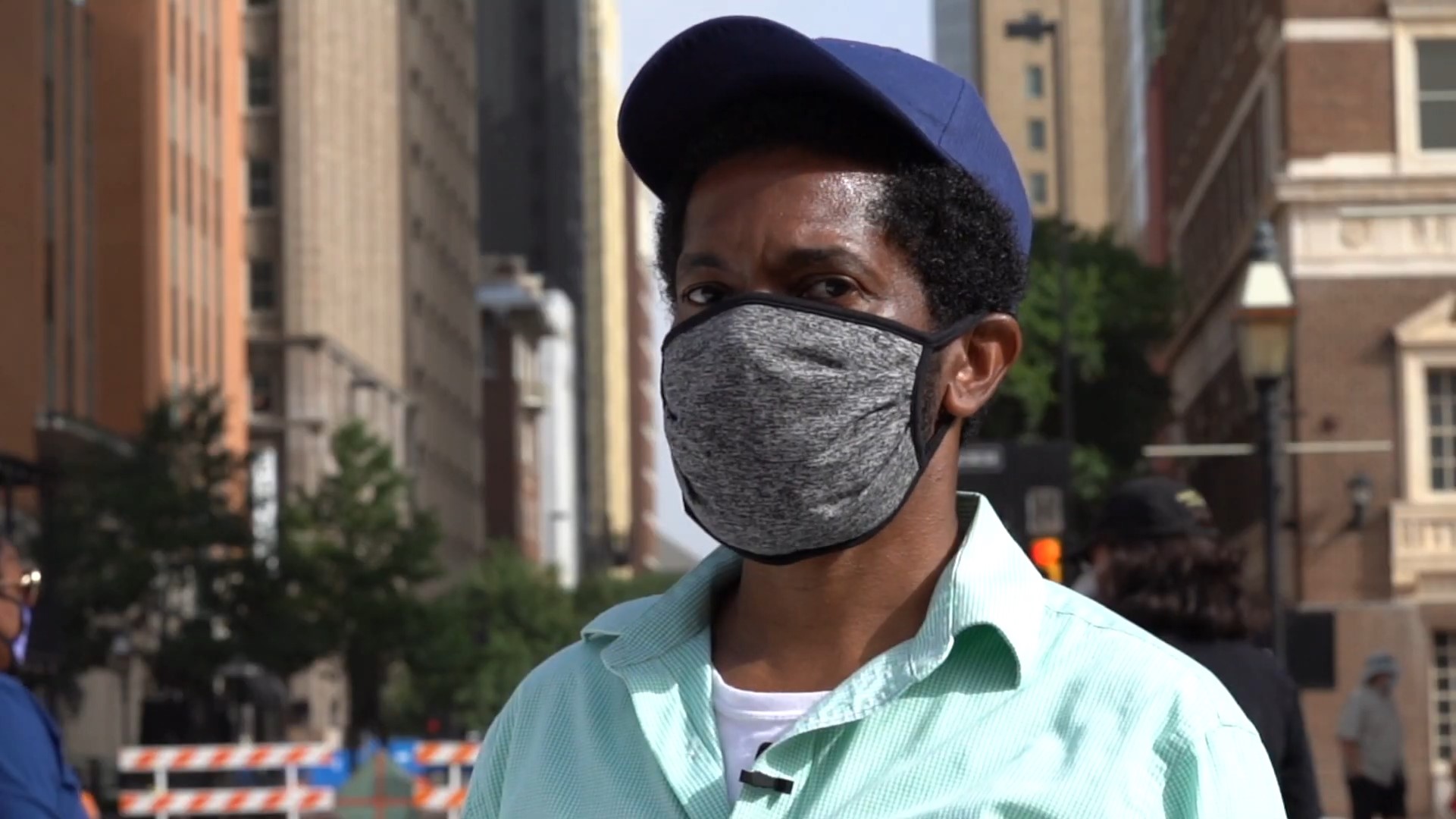 Sedrick Huckaby said the public declaration was a form of social engagement, joining Fort Worth to the wave of protests and calls for police reform sparked by the killing of George Floyd.

“We can connect to this global movement and help to bring people together,” he said. “It’s wonderful to see such a mix of the community coming together to make this happen. I think that’s just as important a statement.”

The mural is not permanent. All the paint is water-based and can be cleaned off.