Skip Navigation
Home > ArtandSeek.net > In Dallas, a vibrant tribute to lowrider culture transports you to the streets of L.A.

Vibrant streaks of orange, pink and yellow coat the long hallway on the first floor of the Dallas Museum of Art. A disco ball glitters from atop, and the faint sound of music fills the air. The installation from California-based artist Guadalupe Rosales is a celebration of Los Angeles’ lowrider and cruising culture.

“Drifting on a Memory” is the artist’s first mural project,  created with help from Dallas artist Lokey Calderon and Fort Worth artist Sarah Ayala, but Rosales is no stranger to cruising.

Her Instagram projects, “Veteranas and Rucas” and “Map Pointz,” archive photos and stories from Latino and Chicano communities in Southern California, especially young people. She’s collaborated with “New Yorker Magazine” and the Los Angeles County Museum of Art, and she was just named as one of the participating artists in this year’s Whitney Biennial in New York.

Rosales spoke to KERA about capturing the joys of cruising in her Dallas installation, which will be up through July 10, 2022. 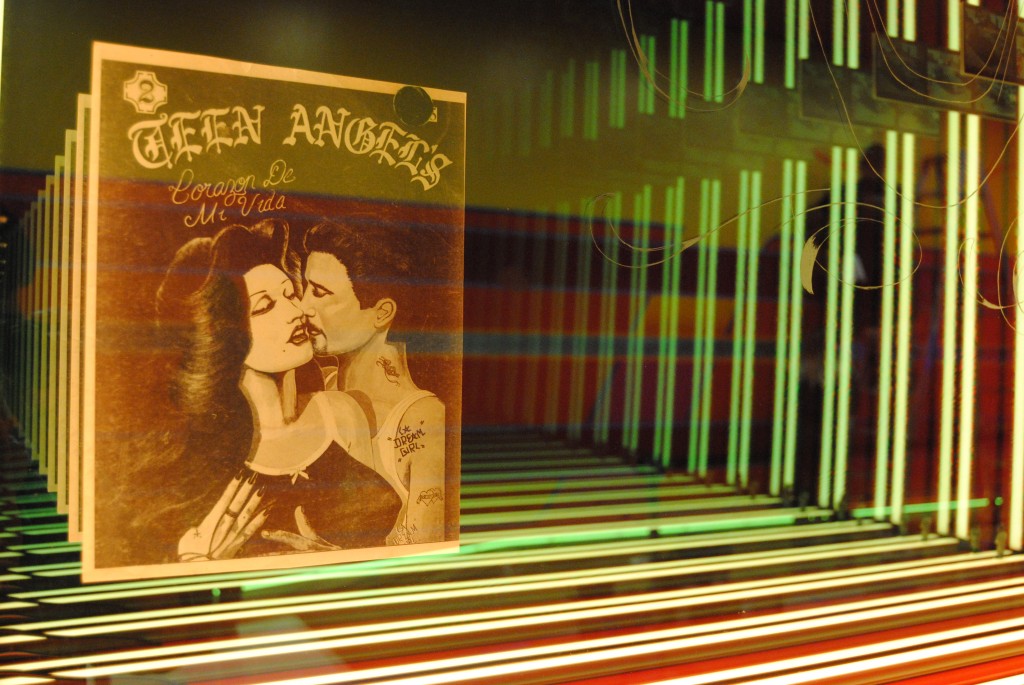 Rosales incorporated ephemera like this mirrored lightbox into her installation to create a sensory experience beyond the mural. Photo by Miguel Perez.

On the cruising scene in 90’s Los Angeles

I grew up in East L.A., and my house faced Whittier Boulevard, which, that’s like our spot to go cruising, to socialize, to meet with people and just have a good time. Cruising didn’t start for me until I was about 13 or 14, and that’s when my friends or relatives started fixing up their own cars. This is in the ’90s when I was exposed to lowriders and all that stuff. You know, the teenagers were really interested in the new cars like the Hondas, the sports cars, the Acura. So, it wasn’t just classic cars cruising. There were also other parts of L.A., like South L.A. and Hollywood, where other communities were also embracing lowriding and cruising. In some ways, it became a very diverse community.

On collaborating with local artists

When I was invited to paint a mural in the space and after visiting the site, I loved how it’s like this long hallway. It’s 153 feet long. It kind of made me think of how memory works almost like this void. It was really important for me to work with a local artist, Lokey Calderon. He brought in his skills because he does pinstriping on lowriders, and he brought in Sarah Ayala, who assisted us in this project. We brought in the same energy that I like to bring when I’m posting or when I talk to the community through Instagram. We start to share stories and we connect. It almost felt like a ritual. 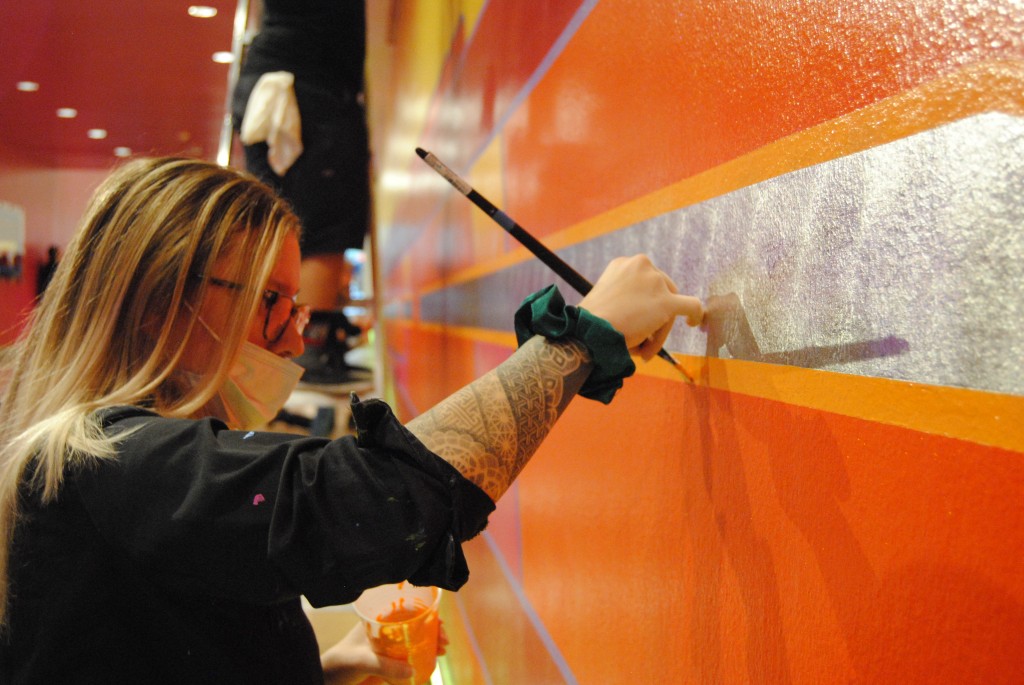 Rosales tapped Fort Worth artist Sarah Ayala to help paint the precise lines on the mural. Photo by Miguel Perez.

On the criminalization of cruising in L.A.

The city started putting signs on Whittier Boulevard, and you can still see them now. They say “no cruising.” That was one way of criminalizing the community. You know, this archive project, us sharing stories, what it’s doing is we begin to unlearn that and make connections. Like, a friend of mine was killed by the police by ‘98 or so. On Instagram, maybe a year ago, I posted a photo of him and talked about police brutality. A lot of his friends stepped forward and started to share. They shared their stories and their memories of that day. It’s almost like empowering us and giving us strength to speak out and to share our stories.

On sisterhood in the cruising scene

My memory is going out with all girls and also with my sister because we’re only like 10 months apart. She and I would sneak out of the house and go cruising. It wasn’t always safe. This is why we had to roll really heavy with five or six girls or probably more at a time. We just had each other’s backs. I thought we were just hanging out with friends. But then we realized, we were creating something new and different in the midst of chaos.

Got a tip? Email Miguel Perez at mperez@kera.org. You can follow him on Twitter @quillindie.KERA News is made possible through the generosity of our members. If you find this reporting valuable, consider making a tax-deductible gift today. Thank you.