Christian Cruz has always been an artist. She’s told stories, learned to read sheet music, arranged dance routines and constructed costumes as a teen. But for over ten years, Cruz has been a performance artist dedicated to telling Tejana stories.

As a first-generation American, her performances and multi-media work often share Mexican folklore. She’ll use everyday and natural materials as metaphors in her performances, such as dirt, rope, a tree branch and familial clothing to connect with the people she’s performing for: the immigrants, Chicanos and those underrepresented in museums and commercial galleries.

This Sunday, Cruz will share her first solo exhibition at Ex Ovo Gallery in West Dallas, “Living Portraits of Abstract Rituals.” Similar to her other work, Cruz will share three installations pertaining to hard labor and emotional labor through an intersectional feminist lens. 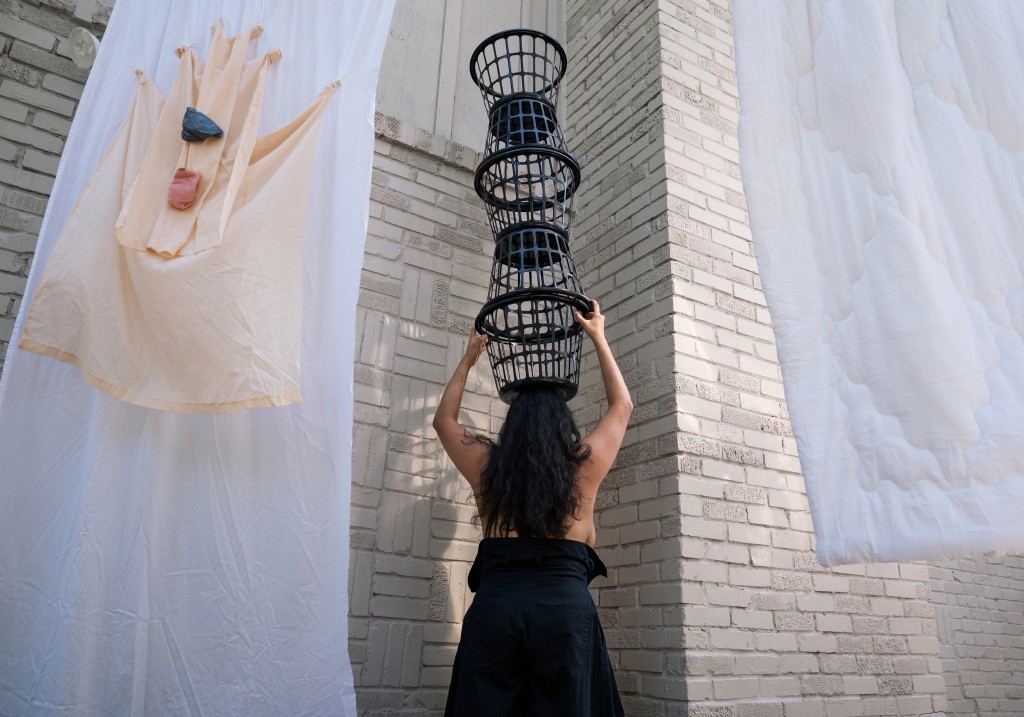 A movement she’s shown in Dallas, Houston, Chicago and Boston is called The Piñata Dance. Cruz shares the emotional labor that Latina and fem-identifying people often feel from machismo attitudes.

“We’re like piñatas built to be destroyed but expected to pour so much sweetness out of us,” Cruz said.

She said the inspiration comes from her becoming a “señora,” a married woman.

“I realized that people really want me to adhere to their needs and to speak nicely to them,” Cruz said. “But there were insults thrown my way or just being used as a Google. There’s a lot of emotional needs that I have to give to other people, but my needs are not very important.”

In the performance, Cruz personifies the piñata as if it were a marginalized population. The performer moves as if they were being beaten, broken apart and then gives out candy to the audience. 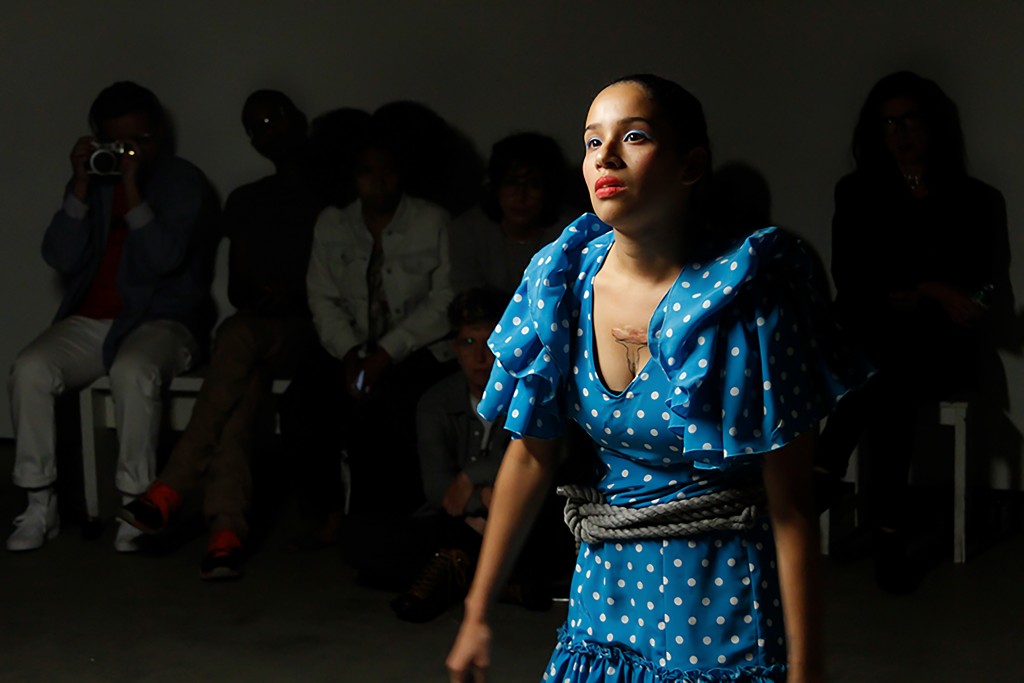 “Living Portraits of Abstract Rituals” also speaks to spiritual growth. In another installation, a performer is planted inside a pile of dirt. It’s a ritual — to plant one’s self and manifest.

The performer will read self-help, philosophical and cultural literature for three hours while in the dirt. The installation relates back to culture. If the performer is reading a cultural book, they’re acknowledging their roots and feeding their cultural growth that may have been lost with assimilating to American standards.

“They’re nourishing their spirit and trying to really learn something that perhaps their parents didn’t,” Cruz said.

“I know it’s a very simple act, but when you do something so simple for so long it becomes very tiring,” Cruz said.

Her first exhibition will also debut a new video called I don’t dream of labor.  Cruz presents non-labor, suggesting “the artist is tired of working physically, emotionally and mentally like the other live performers in the installations.”

That could mean daydreaming, waiting or meditating. The video uses personal archival footage to present the idea that “doing nothing” is just as demanding as heavy tasks. 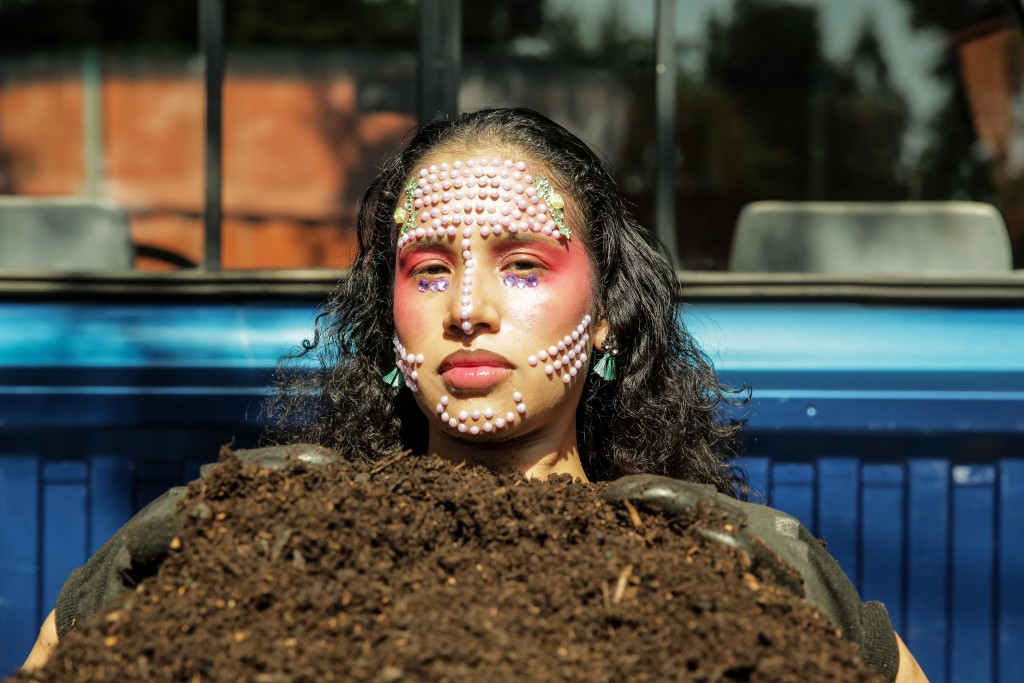 The messages Cruz portrays relate back to Tejana culture because there’s little representation for Latinas in elite performance art.

While it’s not hard for Cruz to find work online, it is hard for her to move her career forward.

“It just feels like I’m going in a circle and I have to just keep creating these opportunities on my own,” Cruz said.

With her first solo show, it’s a step to give herself and people of color a platform they’ve too often been left out of.

More than ever, Cruz wants her work to have a political impact. On stage, she wants to discuss Chicanisma, known as Mexican American feminism, gender, immigration politics, intimacy. And lost connection and reclaiming Mexican roots.

“That’s important to me — to be an ambassador to Mexican American culture.”