Skip Navigation
Home > ArtandSeek.net > Is Dallas Going To Bail Out the AT&T Performing Arts Center? And Should It?

The AT&T Performing Arts Center is deeply in debt. So deep that the center has asked the city of Dallas for $15 million over the next 10 years. The proposal is winding its way through the city budgeting process. And KERA’s Hady Mawajdeh says it’s revealing a big rift over how the city allocates money to the arts.

Since it broke ground back in 2005, the AT&T Performing Arts Center has been a cultural landmark. Officials there say it’s also provided more than 9,000 jobs over the past decade and attracted millions in tourist dollars.

But the performing arts center is also deeply in debt. Until recently, about $151 million in debt.

Maybe not for long, though. The center recently paid about a third, and banks agreed to forgive another third. The center is confident it can raise $35 million from donors. And then there’s the catch that’s drawing attention from arts groups: The center is asking the city of Dallas to pitch in the last 10 percent. The plan cleared its latest hurdle in the budgeting process Wednesday afternoon — meaning it survived attempts to remove it from the budget. 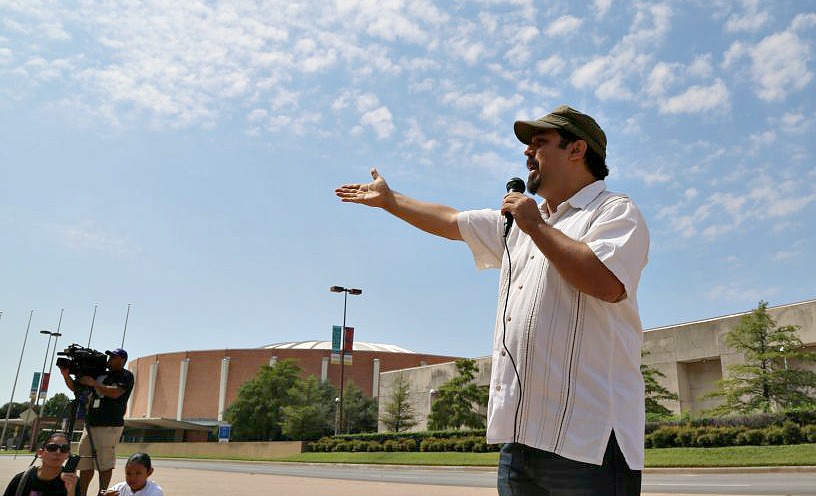 And that’s got artists and small arts groups up in arms. At least 30 protesters attended  the city council briefing

Says David Lozano of Cara Mia Theater Company:”This has been the classic story of Main Street versus Wall Street, of David versus Goliath, the common citizen versus the $34 million arts institution with a board of directors worth billions of dollars.”

Folks like Lozano feel like the center commands resources that should be directed to the rest of the Dallas arts community. They are especially concerned that the city isn’t doing enough to support Hispanic, black and other culturally specific groups. Jeff Hurst from Teatro Dallas agrees. 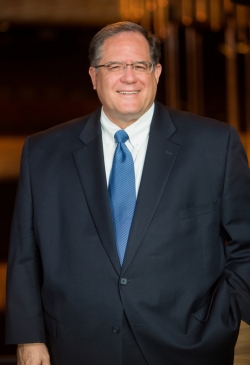 Doug Curtis, the president and CEO of the Performing Arts Center, says he hears people like Lozano and Hurst, but that it’s important to be rid of this debt. And the only way they can see that happening is by enlisting the help of the city.

“It would be a very difficult challenge for us to overcome,” says Curtis. “I’m not going to sit here and tell you that it’s okay if they don’t approve it. It’ll be very difficult.”

“What our groups need is theater space. We ask City Council to pass an amendment stating that for the duration of the bailout AT&T PAC will provide the sixth floor black box theater for six three-week production runs and Hammon Hall next to the Winspear for another series. Twelve shows per year for the community. Now that will make a difference,” says Lozano. 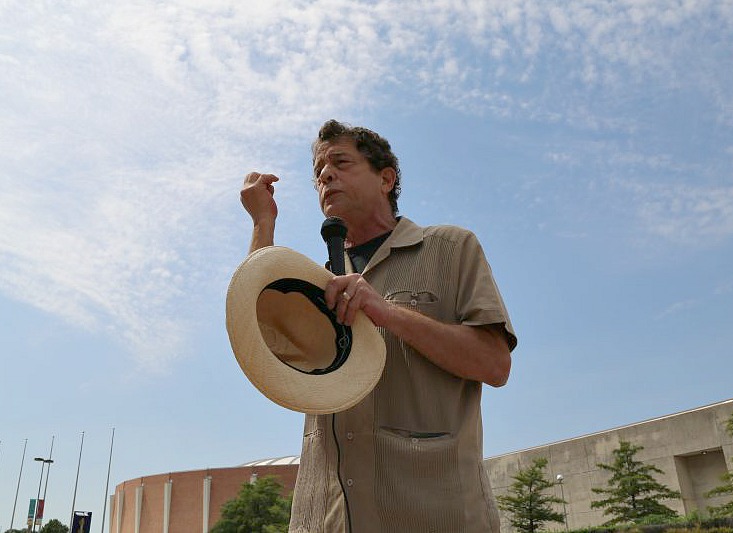 Hurst says that’s not enough: “I actually don’t think the AT&T PAC has anything to offer small theaters.”

And Lozano says what the center’s offering won’t help arts groups like Cara Mia speak to the communities they serve.

“Right now, ticketing and marketing doesn’t do us much good, especially when our groups don’t have space,” says Lozano.

Wednesday afternoon, city council members attempted to hammer out proposals to add money that could be disbursed to smaller arts groups. The final budget is due in two weeks.